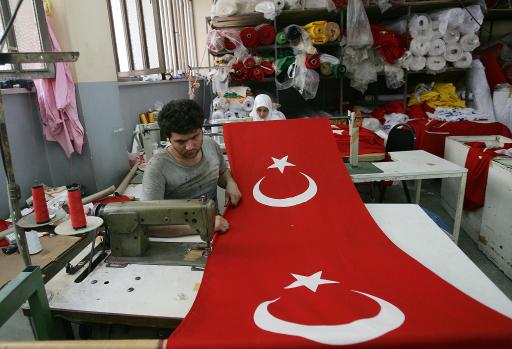 AFP – The European Bank for Reconstruction and Development on Tuesday cut its economic growth forecast for Turkey, blaming the impact of a deep political crisis and tighter US monetary policy.

The London-based EBRD also trimmed its gross domestic product (GDP) growth forecast for its operating zone, citing capital outflows as the US Federal Reserve prepares to taper its vast stimulus.

Turkey’s economy was nevertheless expected to grow by 3.3% in 2014, the EBRD said in a statement.

The EBRD also expects average GDP growth of 2.7% in 2014 for its operating region that mostly comprises the former Soviet bloc.

That marked a slight downgrade from the previous estimate of 2.8% expansion that was given in November, and follows 2.0% growth in 2013.

“Since our forecast in November 2013, the recovery has gained further momentum in advanced economies, including the United States and the eurozone,” the EBRD said.

“But capital outflows from emerging markets continued and for the first time since 2011 net private capital flows turned negative for the region as a whole in the third quarter.

“These outflows are likely to persist, as monetary conditions in the United States are expected to be gradually tightened.”

Turkey is snared in currency turmoil that is also hurting emerging economies in Asia, Latin America, Russia and South Africa as investors pull out some funds because of the looming change in Fed policy.

“Growth in Turkey is likely to moderate somewhat … reflecting monetary tightening and an increase in financing costs linked to higher political risks which are pulling growth back,” the EBRD added.

“Nevertheless, domestic demand is still expected to grow, albeit at a slower pace, and net exports may benefit from a recent depreciation of the currency.”

Turkey’s finances, like those of other emerging economies, are also under pressure over the US Federal Reserve’s expected move to reduce its monetary stimulus later this month.

The Fed had announced in December that it would reduce its vast bond-buying policy by $10bn to $75bn a month from January, citing data indicating the world’s number one economy is strengthening.

At the same time, European officials have voiced deep concern about the state of democracy in Turkey and the independence of its institutions after the government moved to tighten its control on the judiciary in the wake of a vast corruption probe.

“The Turkish lira depreciated by around 20% against the US dollar over the course of 2013, first following US Fed’s announcement of forthcoming tapering and then again in December, amidst heightened political uncertainty,” the EBRD added on Tuesday.

The EBRD was founded in 1991 to promote the transition of post-communist countries to market economics and is now active in 34 countries, including Egypt, Jordan, Morocco and Tunisia as well as ex-Soviet bloc nations such as Azerbaijan, Hungary and Ukraine.