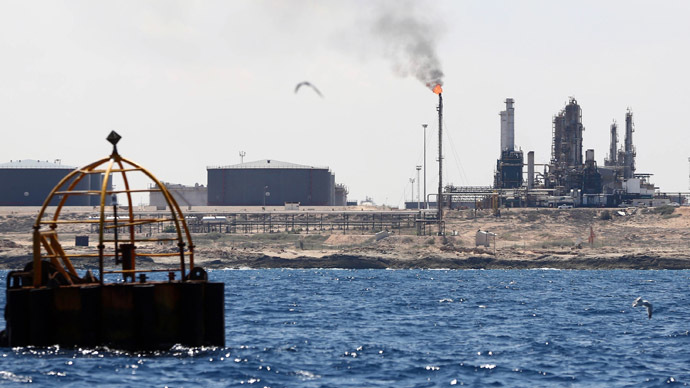 AFP – Oil prices rose on Tuesday as doubts surrounding a resumption to full Libyan crude output and the prospect of firmer demand offset concerns over the strength of China’s economy.

“The expectation of a rapid normalisation of oil production in Libya has given way to a more realistic appraisal of the situation,” said Commerzbank analyst Carsten Fritsch.

The oil-rich North African country has been shaken by political instability ever since long-time dictator Muammar Gaddafi was unseated and killed in late 2011.

The latest crisis erupted in July, when security guards at key oil terminals shut them down, accusing the authorities of corruption and demanding a more equitable distribution of oil revenues.

The supply constraint comes as global oil demand is set to rise faster than expected this year, the International Energy Agency said on Tuesday.

The IEA, which consults countries on energy policy, noted that oil consumption accelerated at the end of 2013 as advanced economies led by the United States recovered.

But growth of Chinese demand slowed in the second half of 2013, it added.

China’s economy registered flat growth of 7.7% last year, maintaining its slowest expansion in more than a decade as the government warned Monday of “deep-rooted problems” including a mountain of local authority debt.

Offsetting Libyan supply concerns meanwhile is the prospect of higher crude exports from Iran after a landmark deal to curb the Islamic Republic’s disputed nuclear programme came into force.

Iran on Monday halted production of 20% enriched uranium, in the wake of an interim deal between Tehran and world powers that had been reached in November.

Under the agreement, Iran agreed to curb parts of its nuclear drive for six months in exchange for receiving modest relief from international sanctions and a promise by the so-called P5+1 — Britain, China, France, Russia, the United States plus Germany — not to impose new sanctions against its hard-hit economy.