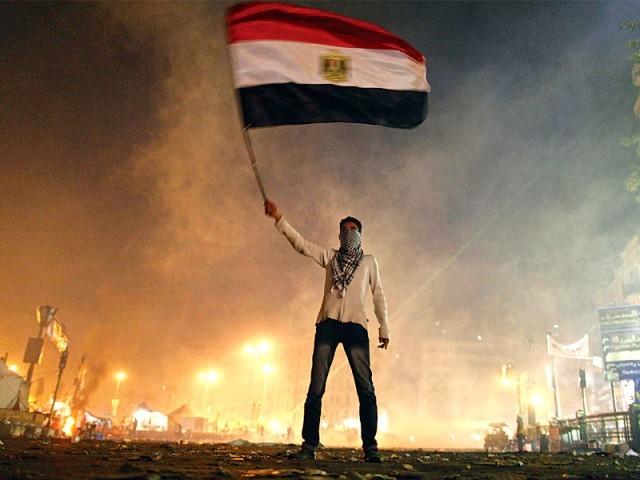 A man accused of burning the Egyptian flag was found guilty and sentenced to six months in prison on Tuesday by the Qasr Al-Nil Court.

Prosecution demanded that the defendant be handed the maximum penalty, state-run Al-Ahram reported.

The Egyptian flag and the national anthem are considered a “state symbol” in Egyptian law.

Article 223 of the draft constitution states that “desecrating Egypt’s flag is a crime punishable by law.”

On 31 December, Hazem El-Beblawi’s cabinet approved of a bill that criminalises the desecration of the Egyptian flag and dishonouring the national anthem. The bill sets the punishment of either to a maximum of one year in prison and/ or a maximum fine of EGP 30,000.

Last month, 20 year-old Sherif Elsirfy, a member of 6 April Democratic Front, was arrested for his part in defacing the monument that was erected in Tahrir Square by the interim government as a “memorial for the martyrs of the 25 January and 30 June revolutions.”

6 April Democratic Front spokesman Mohamed Youssef said Elsirfy remains in preventative detention and the date for his trial has not been announced yet.