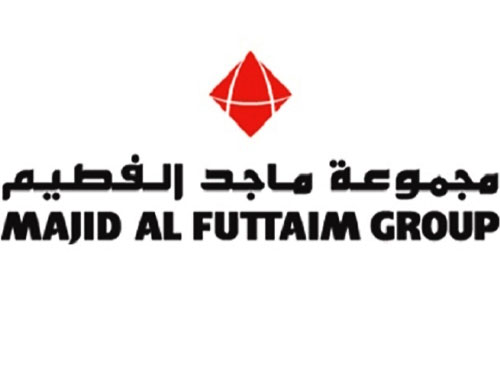 Reuters – Dubai retailer Majid Al Futtaim, which holds the Carrefour franchise in the Middle East, plans to invest about $2.3bn in Egypt in the next few years, its chief executive said on Wednesday, a sign of Gulf investors’ growing interest in the Egyptian economy.

“Total investments on the plan, including Carrefour, should be around EGP 16bn over the next four to five years,” Iyad Malas told Reuters on the sidelines of the World Economic Forum in Davos.

The investment plan is positive for Egypt’s army-backed government, which is trying to attract foreign money back to the country and create jobs to ease social discontent as it manages a difficult transition to elections this year.

MAF, the sole franchisee of French retailer Carrefour in the region, will expand one of its shopping malls in Cairo’s Maadi district at a cost of EGP 3.2bn, and begin construction next week of another mall next to Cairo’s main airport that will cost a similar amount, Malas said.

In addition, the company expects to complete construction of its “Mall of Egypt” project near Cairo by the end of 2015 at a cost of EGP 4.9bn, while the Carrefour operation plans further investments, he said.

New foreign investment in Egypt almost dried up after the revolution which overthrew Hosni Mubarak in 2011 – though Malas said Carrefour had continued to open new stores over the past three years.

The economy has begun to stabilise, helped by billions of dollars of aid which Saudi Arabia, the United Arab Emirates and Kuwait provided after the army ousted Islamist President Mohamed Morsi last July.

While Western investors remain cautious, some Gulf Arab companies are returning to the country, encouraged by their governments, which see political advantage in supporting the army-backed authorities who replaced Morsi.

While Majid Al Futtaim is a private group, much of the Gulf’s investment in Egypt this year looks likely to come from state-linked investors.

Ahmed Heikal, chairman and founder of Citadel Capital, a big Egyptian investment firm, told Reuters in Davos that sovereign wealth funds from countries such as the UAE, Saudi Arabia and Kuwait were expressing interest in Egypt.

“Sovereign wealth funds from this region are starting to look at opportunities. Energy is a sector they’re certainly looking at, as well as real estate and food.”

He added: “These SWFs before the revolution were investing as normal sovereign funds, looking at opportunities at arm’s length. Now investing in Egypt has proven necessary to safeguard their geopolitical interests.”

Qatar had good relations with Morsi’s Muslim Brotherhood and as a result its ties with the current Egyptian government have been cooler. Heikal said he did not expect Qatar to invest additional amounts in Egypt for now.

Visiting the UAE this week, Egyptian Investment Minister Osama Saleh said he expected net foreign direct investment in his country to rise by a third to about $4bn in the current fiscal year, which ends in June, versus the previous year.

“It is a mix of investments, but a large portion of it is Gulf investments,” said Saleh, adding that he was talking to UAE companies in sectors ranging from real estate to shipping.

Before Egypt’s 2011 revolution, it was attracting net foreign direct investment of around $8bn annually, so even with aid from the Gulf, the economy is not yet back to normal.

“The operational environment remains challenging,” Heikal said. “The best advice I would give investors is to stay out of politics.”