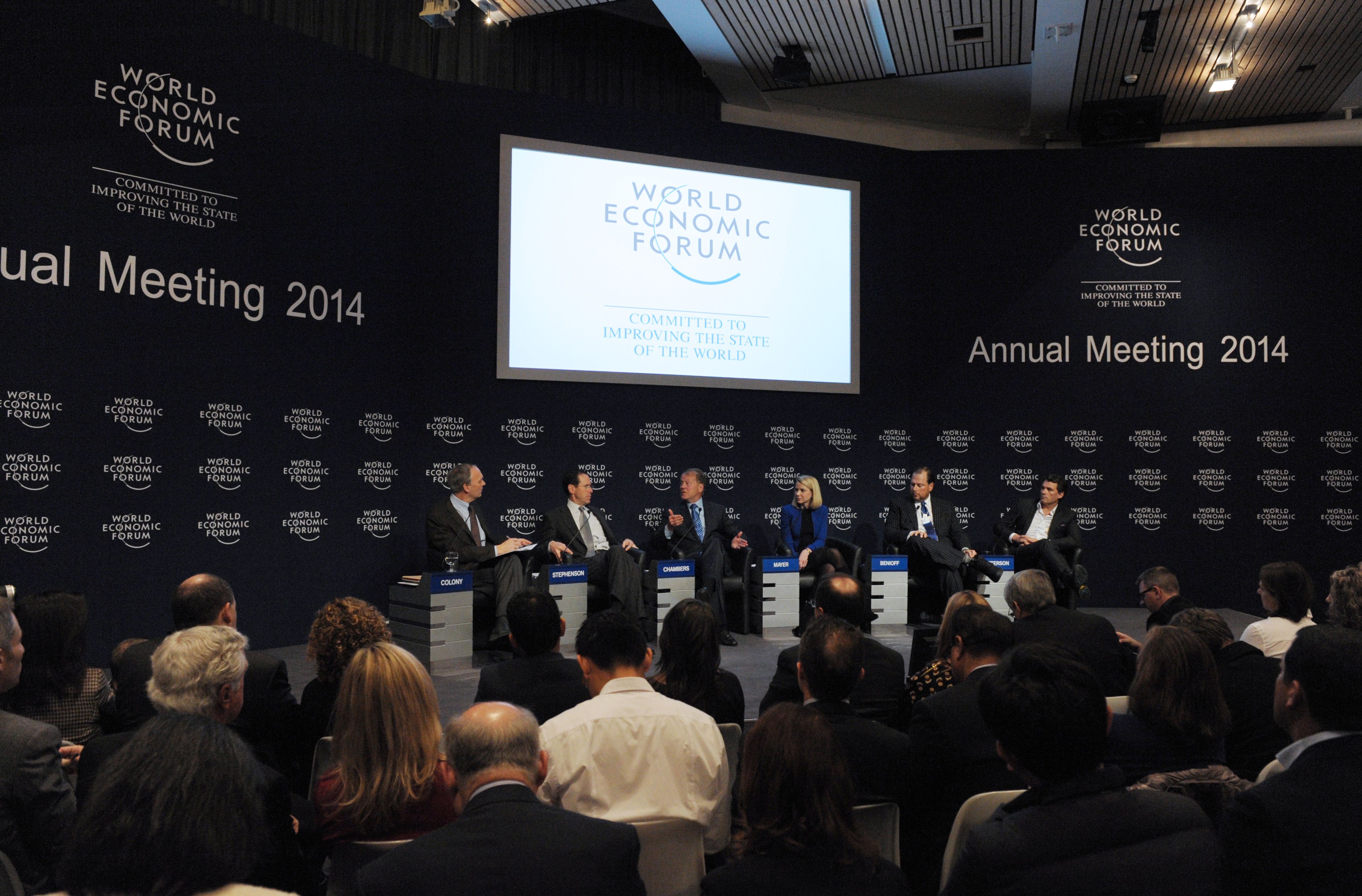 Reuters – Business leaders gathering for their annual high-profile networking forum in Davos are feeling a bit better about their companies’ prospects and a lot more so about the broader economic outlook.

But they still have a long list of worries.

Half a decade on from a financial crisis that brought the world economy to the brink, the immediate threats to corporate profits are receding and chief executives are encouraged by a brightening outlook in both the United States and Europe.

Yet they do not have to look far for future threats – from a worrisome slowdown in emerging markets to uncertainty over the tapering of Federal Reserve stimulus and concerns over increased regulation.

The annual PricewaterhouseCoopers (PwC) survey of more than 1,300 CEOs found that 39% were “very confident” their company’s revenues would grow in 2014, up from 36% a year ago.

While the trend is encouraging, the reading is still down on the 50%-plus levels seen in 2007 and 2008, highlighting how the return to growth remains fragile and uncertain.

Significantly, CEOs were more upbeat in assessing the macro-economic outlook than that of their own companies, with 44% now believing the global economy will improve in the next 12 months against just 18% a year ago.

The difference reflects the fact that economic issues are not the only ones weighing on executives’ minds, according to Dennis Nally, the chairman of PwC International, who presented the findings on the eve of the 22 to 25 January World Economic Forum.

“Even though there is a higher degree of optimism about the global economy, there are still some pretty big challenges elsewhere to do with the volatility of certain economies, concerns around regulation and shifts in technology,” he said.

In fact, concerns about over-regulation have moved to the top of the agenda in the past year as new rules – many of which have been debated since 2008 – are now being implemented, raising the cost of compliance and taking up management time.

The weakness in some emerging markets and uncertainties about where this leaves corporate strategies is a big talking-point for many multinational companies, since it coincides with recovery in the West and signs of progress in Japan’s efforts to counter years of economic stagnation.

In response, a number of CEOs are turning back to advanced economies for growth, with the United States, Germany and Britain now seen as more promising than previous high-flyers such as India and Brazil.

Nally said the trend was a key “headline” for Davos 2014 – a view shared by other pundits converging on the Swiss ski resort for four days of high-level discussions and networking.

Economies considered “dull and old” like the United States, Britain, Germany and Japan will actually turn out to be the new locomotives of growth in 2014, according to Nariman Behravesh, chief economist at IHS.

The emerging economies, by contrast, are losing steam as a commodities “super-cycle” – which has buoyed the likes of Brazil and Russia – wanes and political uncertainties grow ahead of 2014 elections in Turkey, South Africa, India, Indonesia and Brazil.

“Business leaders are generally feeling better about the developed markets and the prospects for the next couple of years but are worried about certain emerging markets, perhaps even to the point of curtailing some investment,” said Barry Salzberg, global CEO of Deloitte Touche Tohmatsu.

The prevailing business mood paints a improving picture for job prospects, with half of CEOs interviewed worldwide expecting to add to staff in 2014, versus 45% a year ago.

But that modest pick-up in hiring plans may not do much to dent chronic unemployment levels in many countries.

Worldwide unemployment hit nearly 202 million in 2013, an increase of some 5 million compared with a year earlier, according to a report from the International Labour Organization on Tuesday.