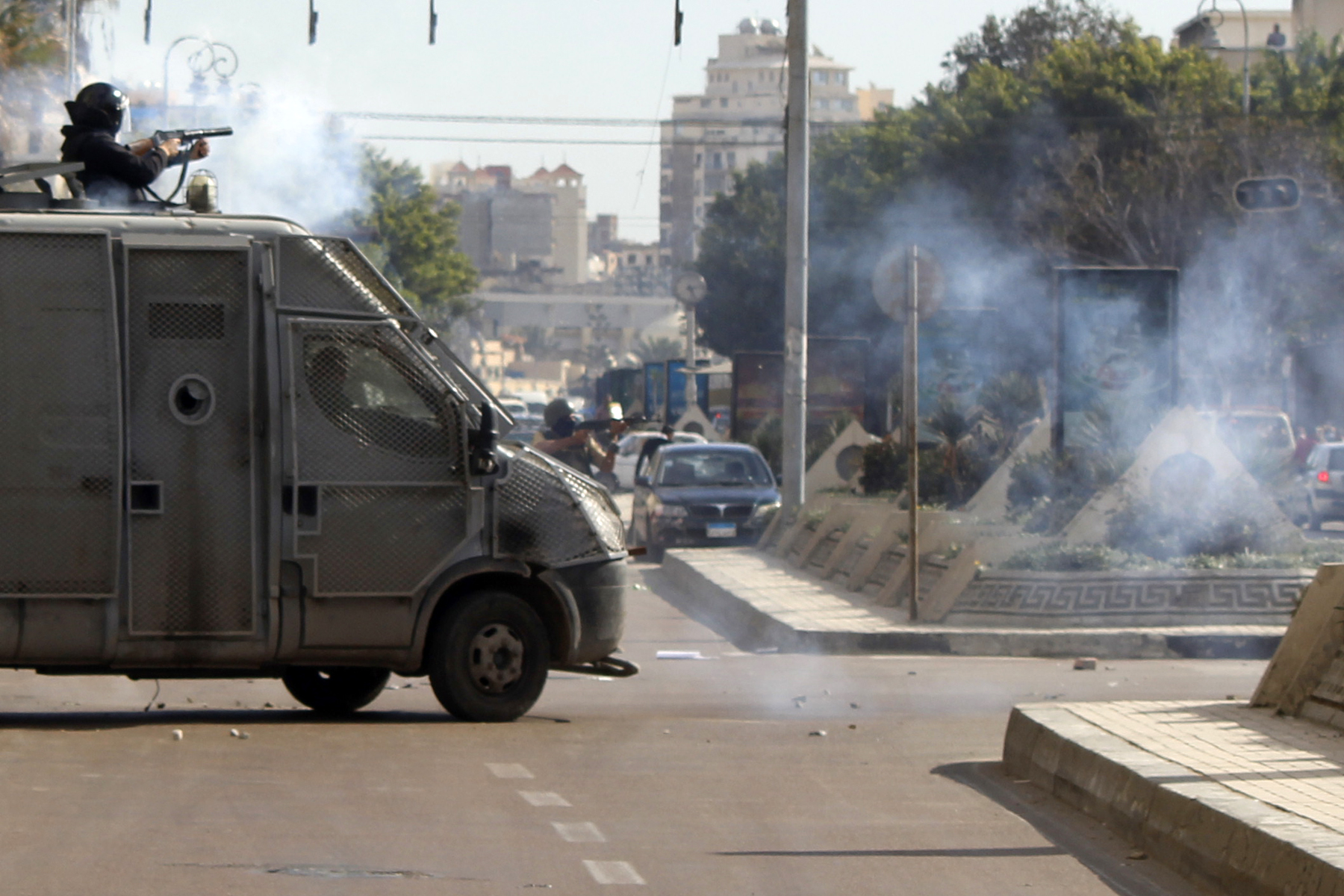 A student was killed on Alexandria University’s campus Thursday afternoon after a student protest escalated to violent clashes.

Al-Sayed said two separate marches were prepared for Thursday; one by the Students Against the Coup (SAC) movement and the other by students of other political movements. The SAC movement was established to decry the military ouster of former President Mohamed Morsi on 3 July.

Al-Said said that both marches were interrupted by security forces using teargas and birdshot, leaving Khalaaf dead and at least four injured, including 6 April Youth Movement member Mohamed Al-Imam. He denied that security forces entered the campus, claiming that they attacked the students from outside.

“Unfortunately, by the time we were inside campus, Khalaaf was already killed,” Abdel Latif said. He added that the police are looking into the incident and those responsible for the student’s death.

Abdel Latif denied the use of any weaponry by security forces, including teargas. He said the ministry is yet to acquire an exact number of those arrested from the clashes. Al-Sayed said at least 14 were arrested amid the clashes, adding that the arrests were at random.

On Wednesday, 42 protesters were arrested for staging a protest without notifying the authorities at Talaat Harb Square in downtown Cairo, reported state-run Al-Ahram. A newly-issued Protest Law mandates that protest organisers notify the authorities with any planned protests at least three working days in advance.

Ali Omar, Daily News Egypt reporter present at the scene, said he observed plain-clothed men assault and drag protesters from the square before taking them into vans. Omar saw a teargas canister shot, yet said he did not see “a single uniformed officer” around the square.