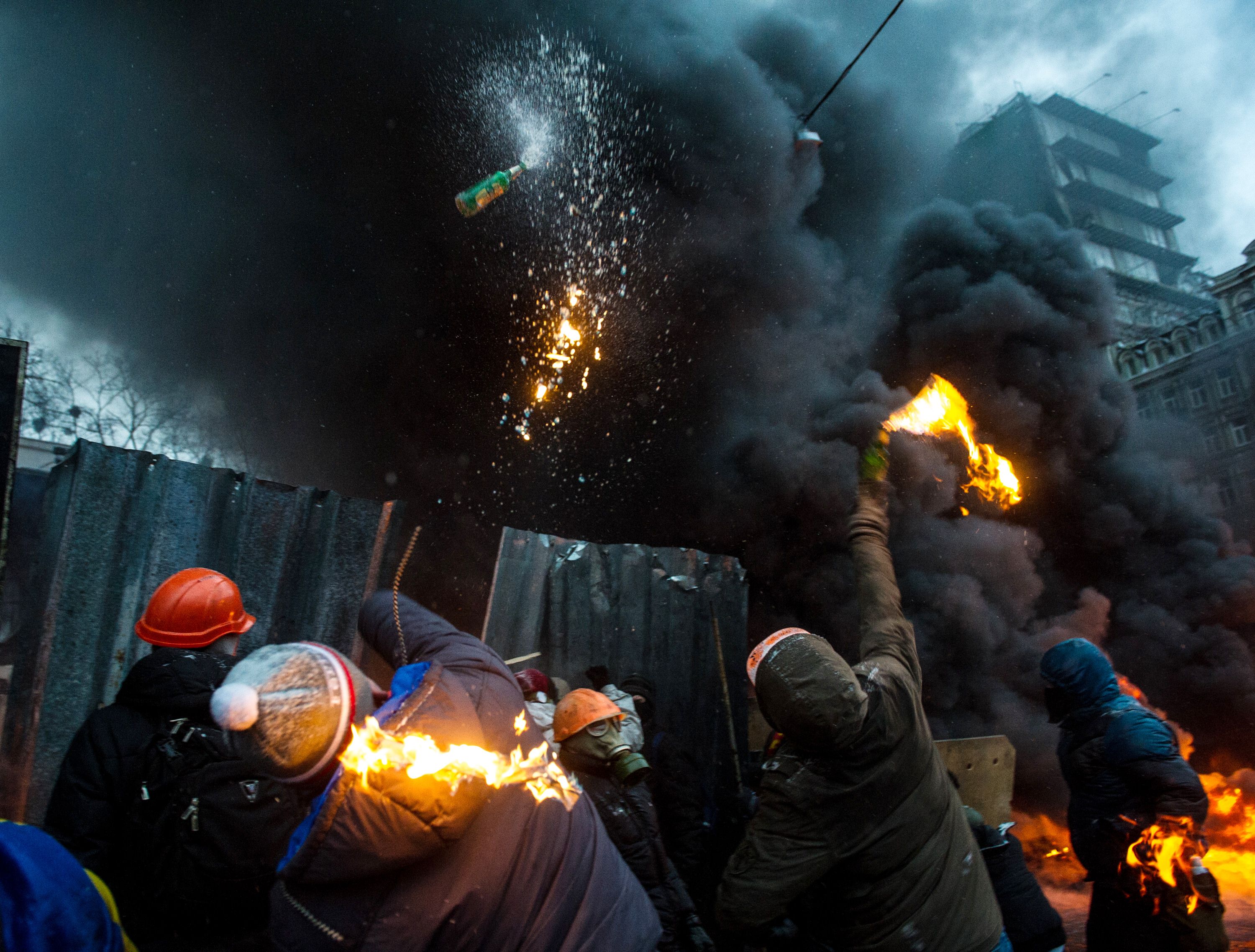 “By 8:00 pm (1800 GMT) I will return to you and inform you of the result of the talks,” the Interfax Ukraine news agency quoted Klitschko as telling the protesters.

“Keep the barricades in place but (be) calm until the talks finish,” he added.

An AFP correspondent at the scene of the fighting at Grushevsky Street confirmed that there had been a pause in clashes and that the truce appeared to be holding.

Klitschko and other opposition leaders are due to meet Yanukovych at the presidential administration at 1100 GMT for a second round of talks.

Klitschko’s comments came after he crossed the lines to hold talks with Berkut anti-riot police.

He told the radical protesters on the frontline that the security forces had vowed not to use stun grenades during the truce.

The protesters shouted that they favoured the truce, Interfax reported.

The opposition has said the president must agree to three key demands — the holding of snap presidential elections, the resignation of the government and the annulment of anti-protest laws passed last week — for a compromise to be reached.

“The chances are not great, but they exist,” Klitschko added.