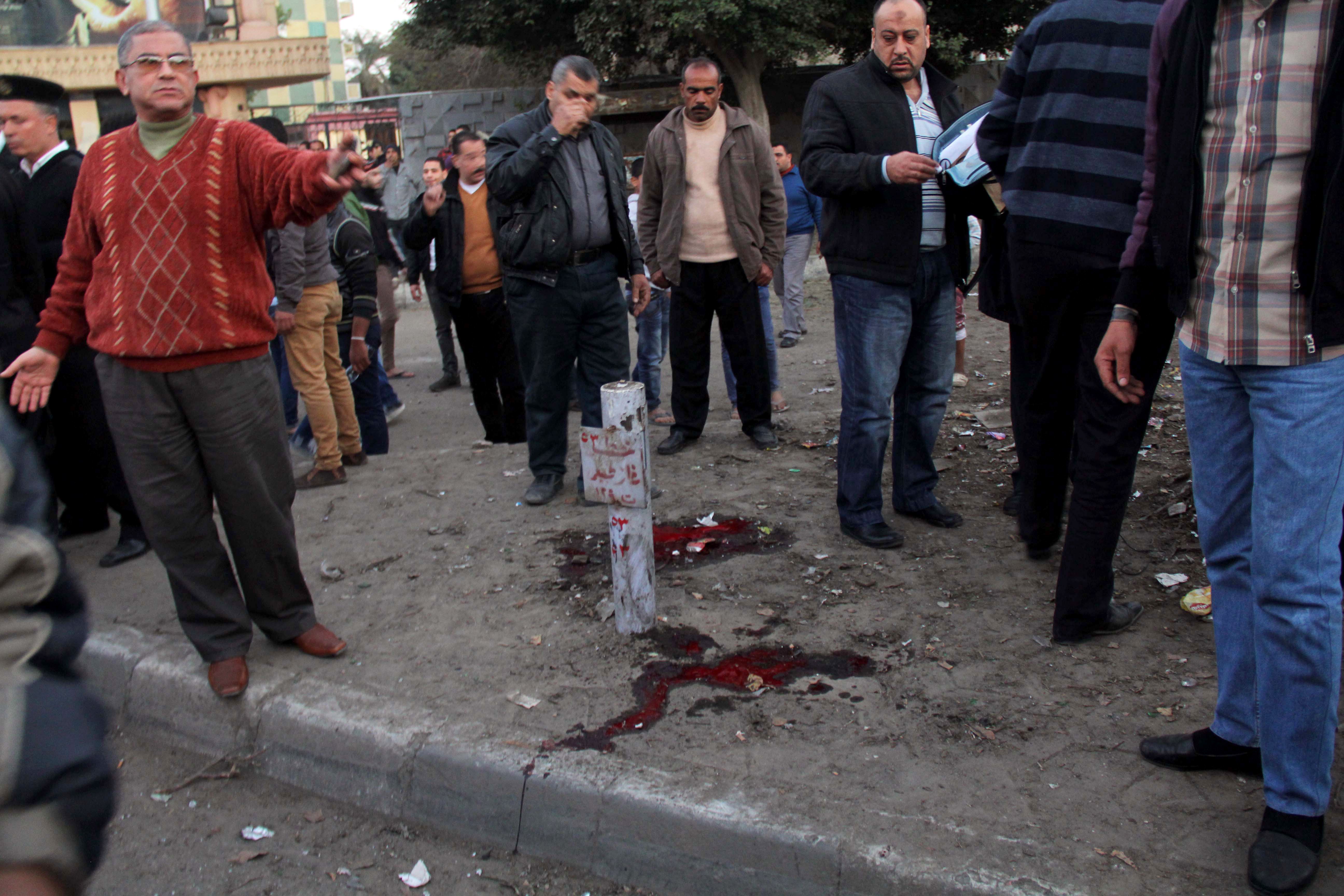 The state will use all tools available to protect its citizens and deter terrorism, stated Prime Minister Hazem El-Beblawi in a cabinet meeting attended by Interior Minister Mohamed Ibrahim.

The cabinet’s security committee met after Greater Cairo witnessed a series of explosions on Friday, with the first of them being the deadliest. The blast was caused by a car bomb that targeted the Cairo Security Directorate in Downtown Cairo, leaving four people dead and dozens injured.

The cabinet is in permanent session via specialised ministers who are following the ongoing events.

State-run television reported that the nationwide death toll among protesters rose to 12 after clashes erupted during the dispersal of Anti-Coup Alliance rallies that are typically held on Friday.

All this comes hours ahead of the third anniversary of the 25 January revolution.

“The cabinet is confident that what happened will not dissuade Egypt and the Egyptians from completing the roadmap and going down to celebrate the third anniversary of the 2011 Revolution,” the statement read.

El-Beblawi was assured that the police are doing their best to identify the assailants and bring them to justice, a statement posted by the cabinet read.

Three hours after the first explosion, an improvised explosive device (IED) went off in Giza’s Dokki suburb. It left one policeman dead and injured nine.

In Al-Talbiya, another Giza suburb, another IED went off, leaving no casualties.

A fourth blast was deadly and was caused by another IED that went off in Giza’s Al-Ahram neighbourhood, leaving one person dead and at least three injured.

Saturday marks the third anniversary of the 2011 revolution and while the government is encouraging celebrations, other groups have different plans in mind.

The Anti-Coup Alliance, which includes the Muslim Brotherhood and other groups that oppose the ouster of former president Mohamed Morsi wants to use the anniversary to reclaim the revolution.

The 6 April Youth Movement is also taking to the street targeting the spirit of the revolution.