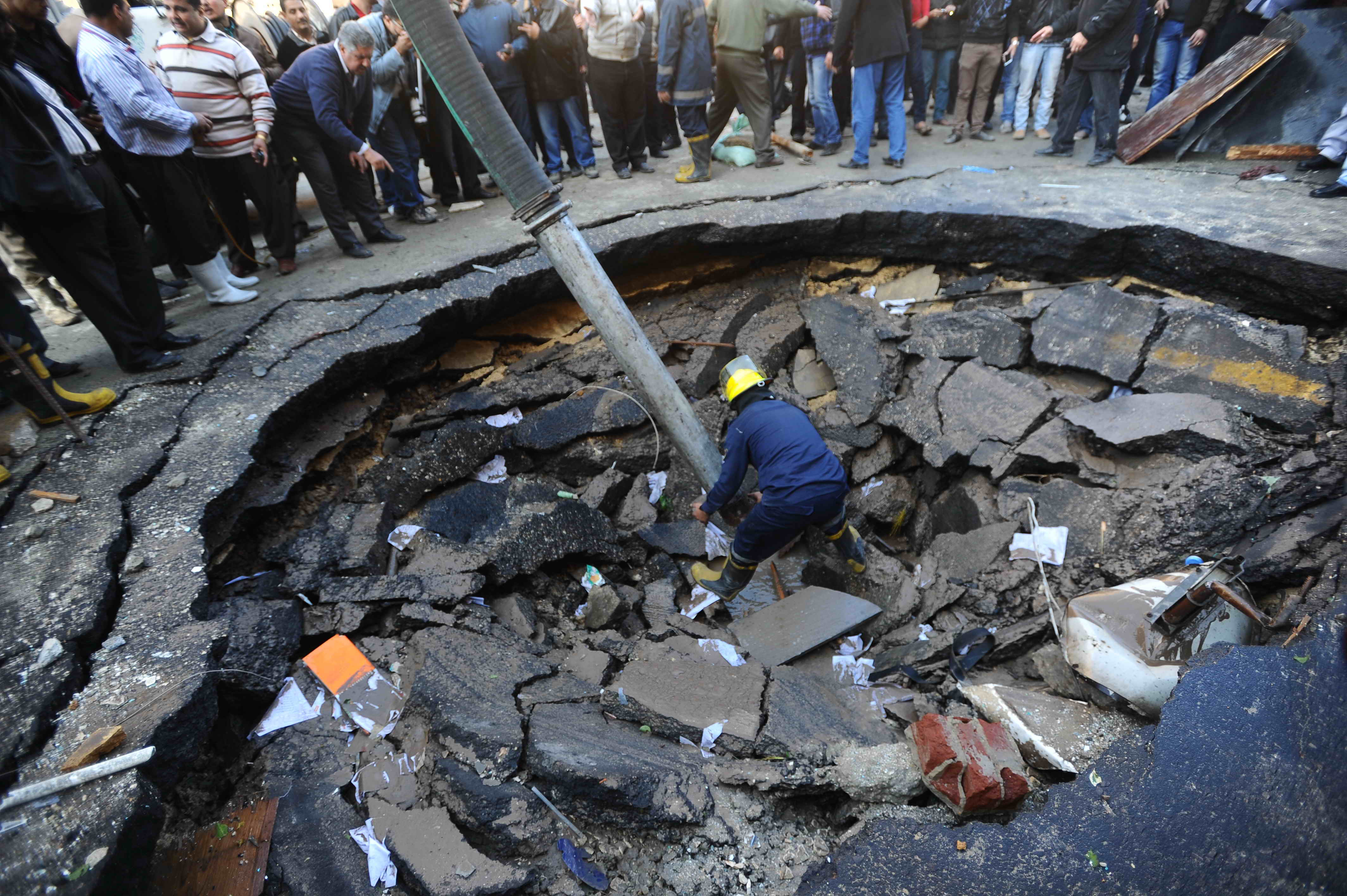 AFP – A car bomb struck Cairo police headquarters Friday, the first of four blasts in Egypt’s capital that killed six people on the eve of the anniversary of the 2011 uprising.

The bombings, all targeting the police, came as street clashes between Islamist supporters of deposed president Mohamed Morsi and backers of the military killed eight people, a day before planned rallies to mark the revolt that drove Hosni Mubarak from power.

CCTV footage filmed from a nearby building captured the first attack, when a white pick-up truck parked on a main street outside the security directorate exploded in cloud of thick smoke.

Two police officers can be seen in the video inspecting the car before walking into the headquarters, moments before the explosion.

Police, who had earlier blamed a suicide bomber, confirmed to AFP the authenticity of the CCTV footage aired by Egyptian media outlets.

The blast, which badly damaged the facade of the building, left a large crater in the ground and sent a plume of smoke billowing over the city.

Interior ministry spokesman Hany Abdel Latif said “the vehicle tried to get close to the building but was stopped at the gate. Casualties were relatively small given the size of the blast.”

Friday is the Muslim day of prayer and rest, and so relatively few people were on the streets.