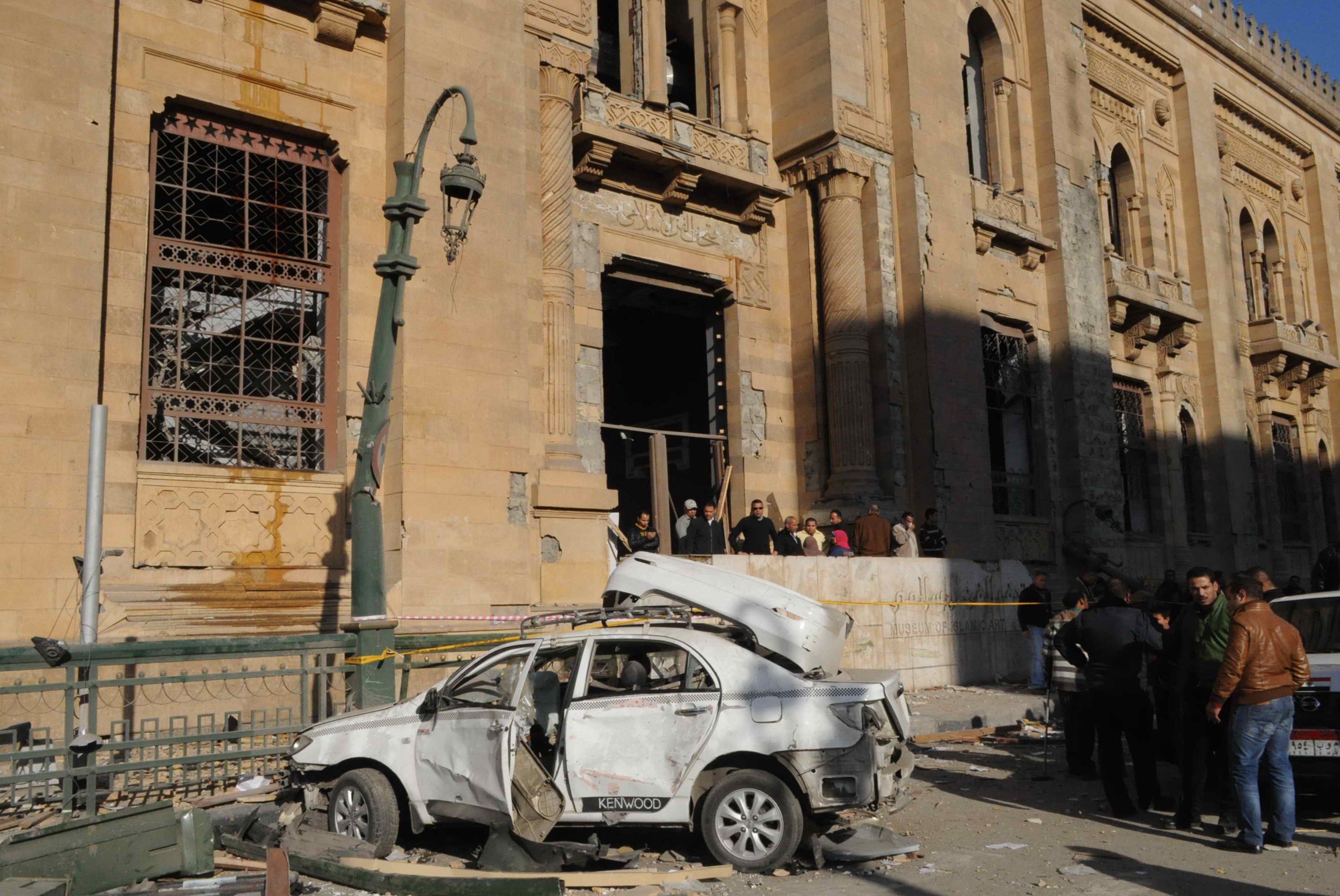 Multiple artefacts from the collection of the Museum of Islamic Art were damaged following a deadly blast targeting a nearby security building, Minister of Antiquities Mohamed Ibrahim said.

Upon inspecting the museum, Ibrahim said in a statement that most of the museum’s interior decorations were destroyed and its ceilings collapsed.

The glass of the display cases was fully shattered, damaging many artefacts, he added.

Ministry spokesman Hassan Saad-Allah said the Eastern side of the museum sustained most of the damage.

The museum, located in Downtown Cairo’s Bab El-Khalq neighbourhood, reopened in 2010 after eight years of renovation that cost the state EGP 107 million. Ibrahim said the museum now needs a sum many times larger to rebuild.

The museum’s collection is going to be evacuated ahead of the formation of a committee from the Ministries of Antiquities and Housing to estimate the value of the costs and the examine the possibility of returning the museum back to the “way it was”.

The museum’s collection includes rare items and is one of the important museums of Islamic art. Saad-Allah said there were around 4,000 items on display.

The evacuation will take place once a forensic inspection of the museum is completed. In the meantime, the museum will be cordoned to prevent anyone from entering inside.

The museum is believed to be the oldest building built for the purpose of displaying Islamic art.