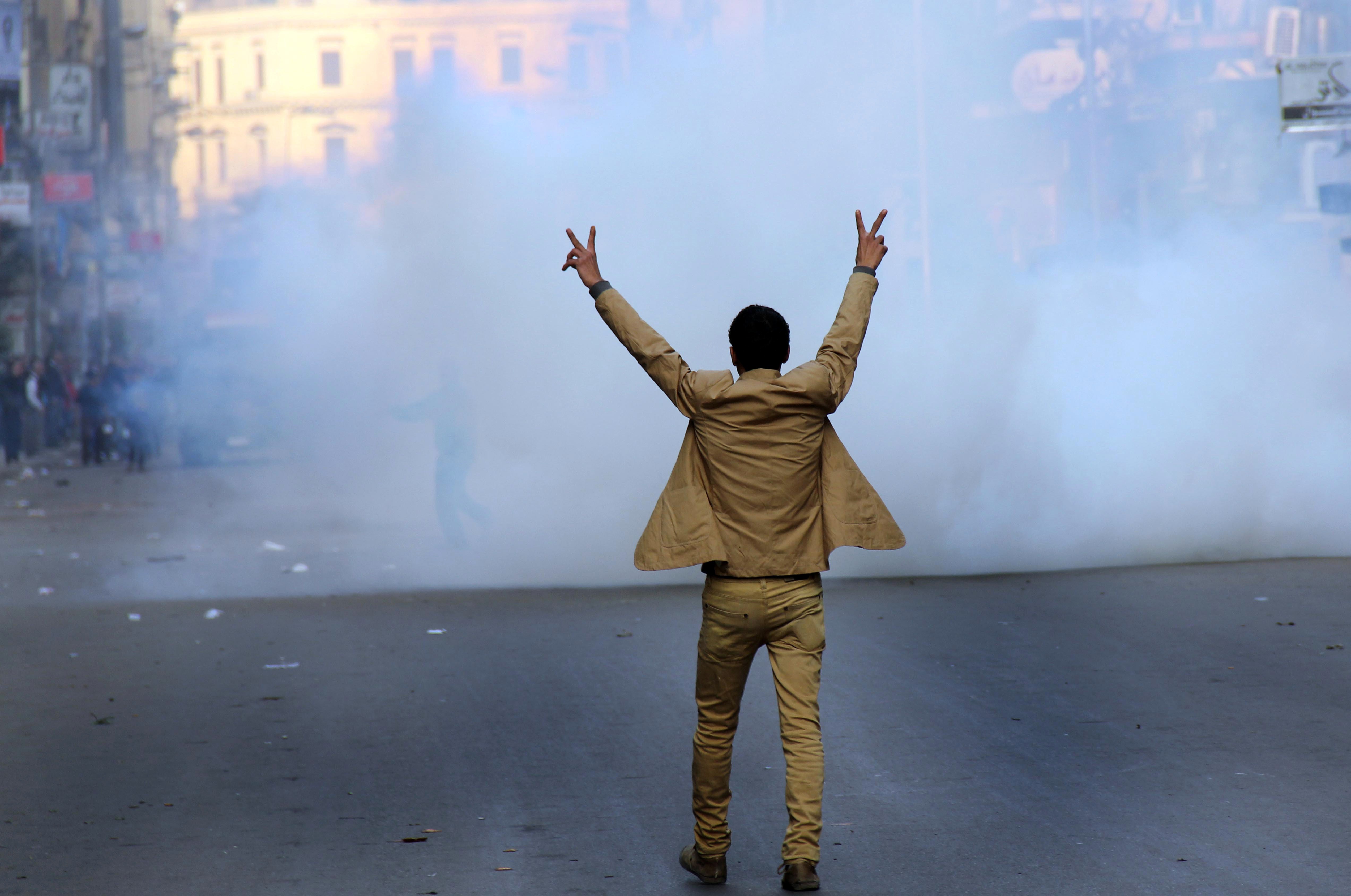 All Egyptian journalists who were arrested on Saturday have been released, according to Abeer Saady, Press Syndicate board member.

Saady had released a statement on Saturday stating that Sada El-Balad reporter Abd El-Khalik Salah was the only Egyptian journalist still detained by authorities, who had accused him of working with Al-Jazeera.

The statement cited seven different cases of arrested reporters working for different news agencies in addition to an unidentified photojournalist who was allegedly arrested by citizens.

Most injuries were sustained during clashes which made it difficult to determine who caused them, she said.

Another Al-Wafd reporter was assaulted in Ismailia by a mob who mistook her for an Al-Jazeera reporter, according to the statement.

The Association for Freedom of Thought and Expression (AFTE) issued a statement Sunday citing a total of 36 violations against journalists on Saturday, including assaults, arrests, and denial of access, stating that this was the largest number of violations since the 25 January Revolution.

AFTE and Journalists Against Torture considered Saturday’s events a blatant violation of rights and freedoms stipulated in Egyptian law, the new constitution and international agreements signed by Egypt, saying this contradicts claims by authorities that the coming period would strive for a transition towards democracy and human rights.

The statement added that these violations prevented journalists from portraying the violations of rights and freedoms committed by the police forces against demonstrators.

Both statements came after protesters and supporters of the military took to the streets to protest and celebrate, respectively, marking the third anniversary of the 25 January Revolution.

Similar incidents took place on Friday, including the assault of two journalists and a driver working for German public television station ARD by a mob which accused them of supporting the Muslim Brotherhood.