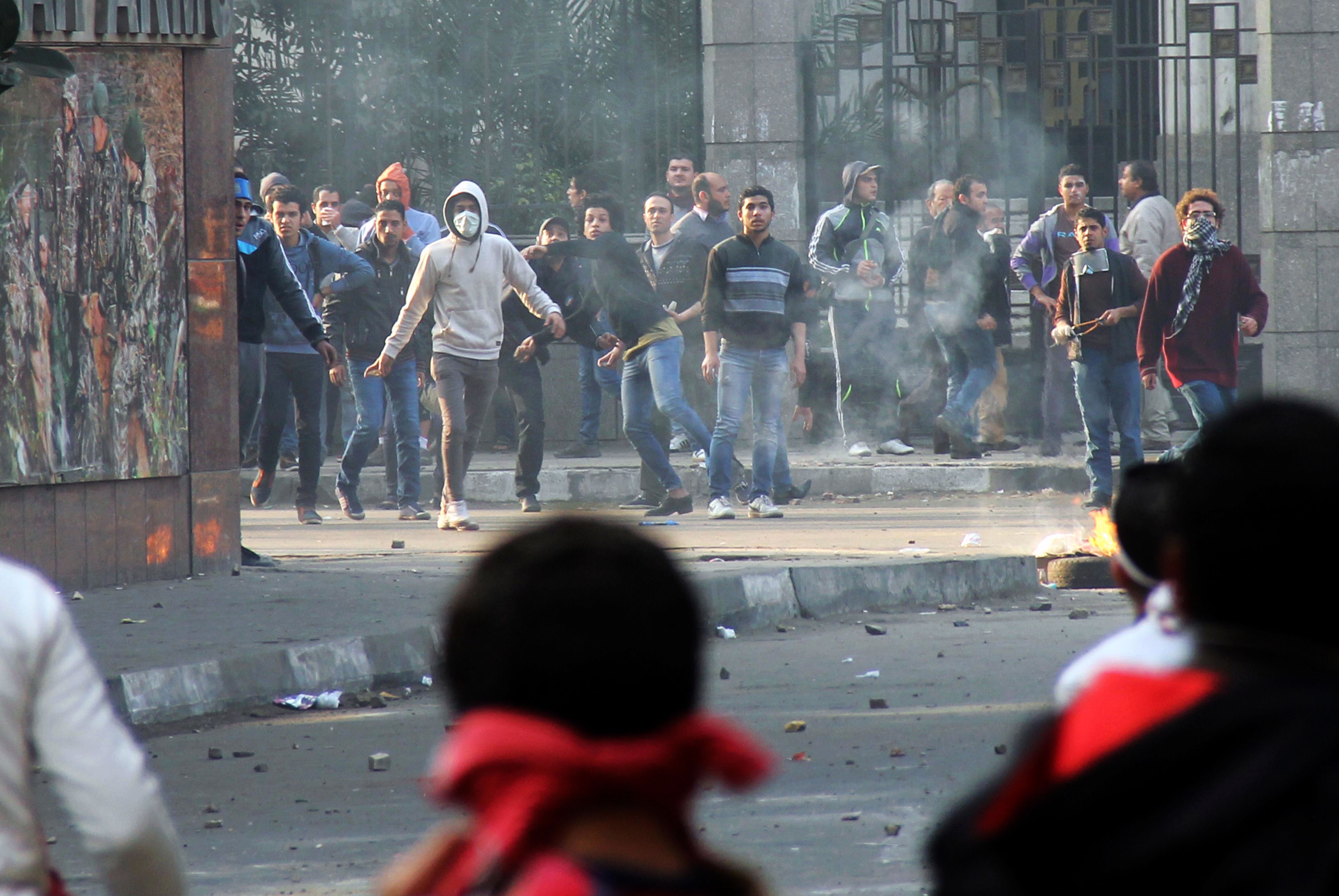 The Anti-Coup Alliance released a statement late Saturday calling for the continued escalation of “the current revolutionary wave”, through protests for 18 days in commemoration of the 2011 uprising, with the purpose of “regaining the revolution”.

The alliance called on the Egyptian people to commit to the limitations of what they called “creative peaceful resistance”, which the statement defined as any creative means that would limit the “crimes of the regime”. The statement ended with a demand for the downfall of the regime and its three arms: the military, the judiciary system and the media.

Students Against the Coup (SAC) meanwhile announced Sunday morning that the group had set a police kiosk on fire in the Tenth Settlement. The group cancelled a “surprise” protest due to the funerals of 19 of its participants on Sunday.

SAC in the Faculty of Engineering at Cairo University released a statement condemning the death of student Ahmed Al-Douh, who was protesting on Sudan Street and taking pictures. The statement claims that nine students were killed and nine were detained from the faculty. The statement called for the unity of all revolutionary groups against “the military rule”.

Anti-Coup Alliance and Revolutionary Front protesters joined forces in Downtown Cairo clashes, as announced by the Students Against the Coup on their Facebook page on Saturday. Minor skirmishes occurred between the protesters, due to “Ikhwan chants”, but were soon resolved by chanting the slogan “one hand”, and focusing the cheers against  the “military rule” and “violence of the Ministry of Interior”.

Protests solely led by the Anti Coup Alliance were in the Eastern Cairo suburbs of Nasr City, Alf Maskan and Mattariyah. The alliance claimed that security forces used live ammunition to disperse the protests and the sit-in at Matariyah.

The Ministry of Interior denied the use of live ammunition.