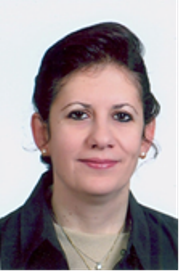 Students and faculty at the American University in Cairo (AUC) have rallied in support of Emad Shahin, an AUC professor of political science and public policy who was recently charged with espionage.

“Dr. Shahin is an inspiring teacher and mentor with a professional record that backs his acclaim,” read the students’ statement.

“Although Dr. Shahin has held prestigious positions at renowned institutions around the world, he has always been drawn back to his alma mater, the American University in Cairo. As a former AUCian, Dr. Shahin deserves the support of our student body as well as of the institution he has served so passionately for years”

Shahin, a respected academic who received his doctorate from Johns Hopkins University, faces charges including espionage, leading an illegal organization, providing a banned organization with information and financial support, calling for the suspension of the constitution, harming national unity and social harmony, and causing a change of government by force.  Other defendants listed in the prosecutor’s indictment include former president Mohamed Morsi and senior Muslim Brotherhood leaders.

Laila El Baradei, Acting Dean of AUC’s School of Global Affairs and Public Policy, expressed her support for Shahin and dismay at the charges lodged against him.

“I think these charges are ridiculous and there must be a mistake of sorts. Dr. Emad is a person of very high integrity and the last person ever to be doubted or accused of any misconduct, not to mention ‘espionage,’” El Baradei told Daily News Egypt.

“Only through freedom of speech may we be able to teach our students to think critically and develop an analytical mind. We appreciate and encourage diversity of opinions at all times and believe in tolerance and acceptance of different ideologies, stances and political views. We are sure this situation with Dr. Emad Shahin, our most competent and distinguished professor, will be resolved soon.”

Though the charges were filed more than two weeks ago, they first came to light on Wednesday.  Shahin is out of the country, attending an academic conference at Georgetown University in Washington, D.C.

In a statement on his Facebook page, Shahin denied all charges against him, and challenged the prosecutor to produce evidence against him, while reaffirming his commitment to democracy, human rights, and “the main objectives of the January 25 Revolution in Egypt.”

Though I have always been a fervent critic of authoritarian rule in Egypt, I have always expressed strong support for peaceful protests to restore democracy and express popular opposition against government repression,” wrote Shahin.

Shahin has taught at prestigious institutions worldwide, including Harvard, Notre Dame, George Washington, and Boston Universities.  He also serves as the editor-in-chief of the “Oxford Encyclopaedia of Islam and Politics.”

AUC was not able to comment specifically on Shahin’s case, but said it strongly defends its faculties’ right to their opinions.