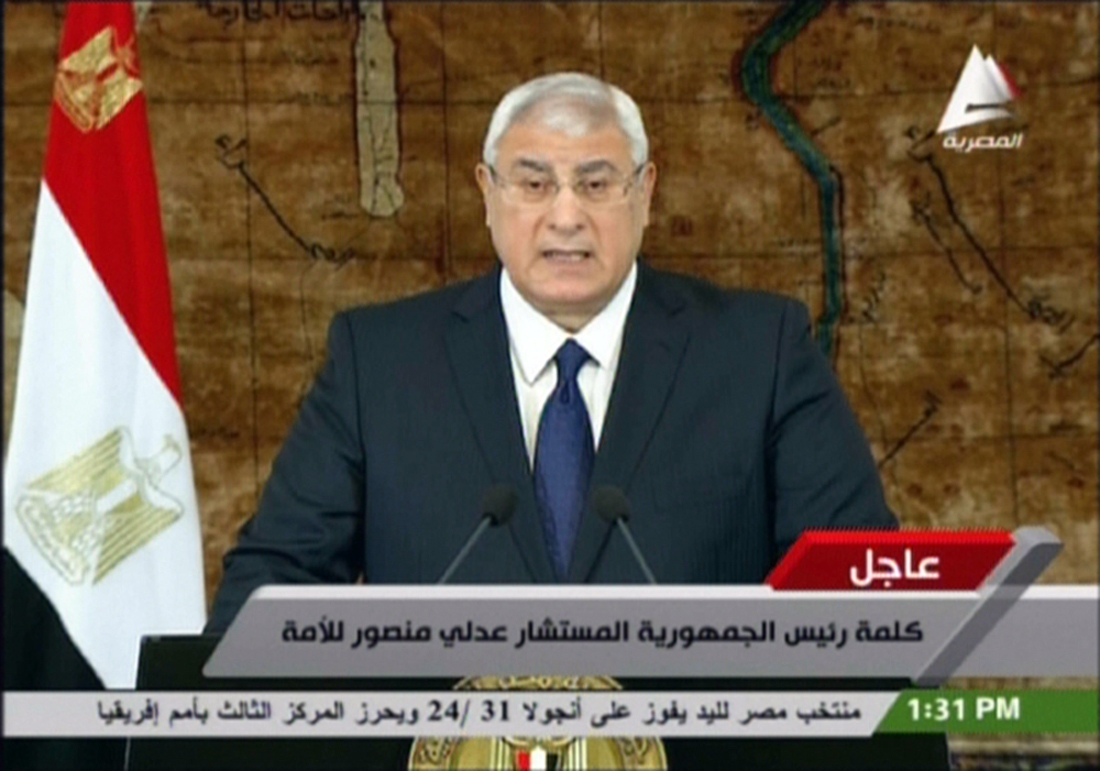 Presidential elections will take place before a House of Representatives is elected, said interim President Adly Mansour on Sunday.

The president announced the amendment to the transitional roadmap in an address. “Today I will ask the Supreme Presidential Election Committee to exercise its entrusted jurisdiction,” he said, in reference to Article 228.

The president also announced that he had called upon the prosecutor general to review of the cases of detainees undergoing investigations, “especially university students”, saying those who were not implicated in finalised investigations would be released.

“I am a believer that [security challenges] should not result in violating the rights of any of the country’s people who protect it,” he said.

The interim president also turned his attention to ongoing explosions, four of which occured in Cairo on Friday. “We face…terrorism that takes the lives of the innocent,” he said, vowing that “punishing those who committed these heinous crimes” was an important priority for the state. He expressed confidence that the government could deal with the turmoil, saying that it had “already defeated terrorism in the 1990s,” saying ongoing attacks would not move the population “away from true religion or any divine of human values.”

Article 230 of the newly passed constitution dictates that procedures for elections should not begin any sooner than 30 days following the constitution’s passage, and no longer than 90 days.

According to the constitution, a president without a legislative body has the power to issue laws that are then reviewed by the House of Representatives within 15 days after the new legislative body convenes.

If the House of Representatives does not approve laws issued by the president, those pieces of legislation can then be retroactively cancelled.

The president did not provide specific timing for the upcoming presidential elections.