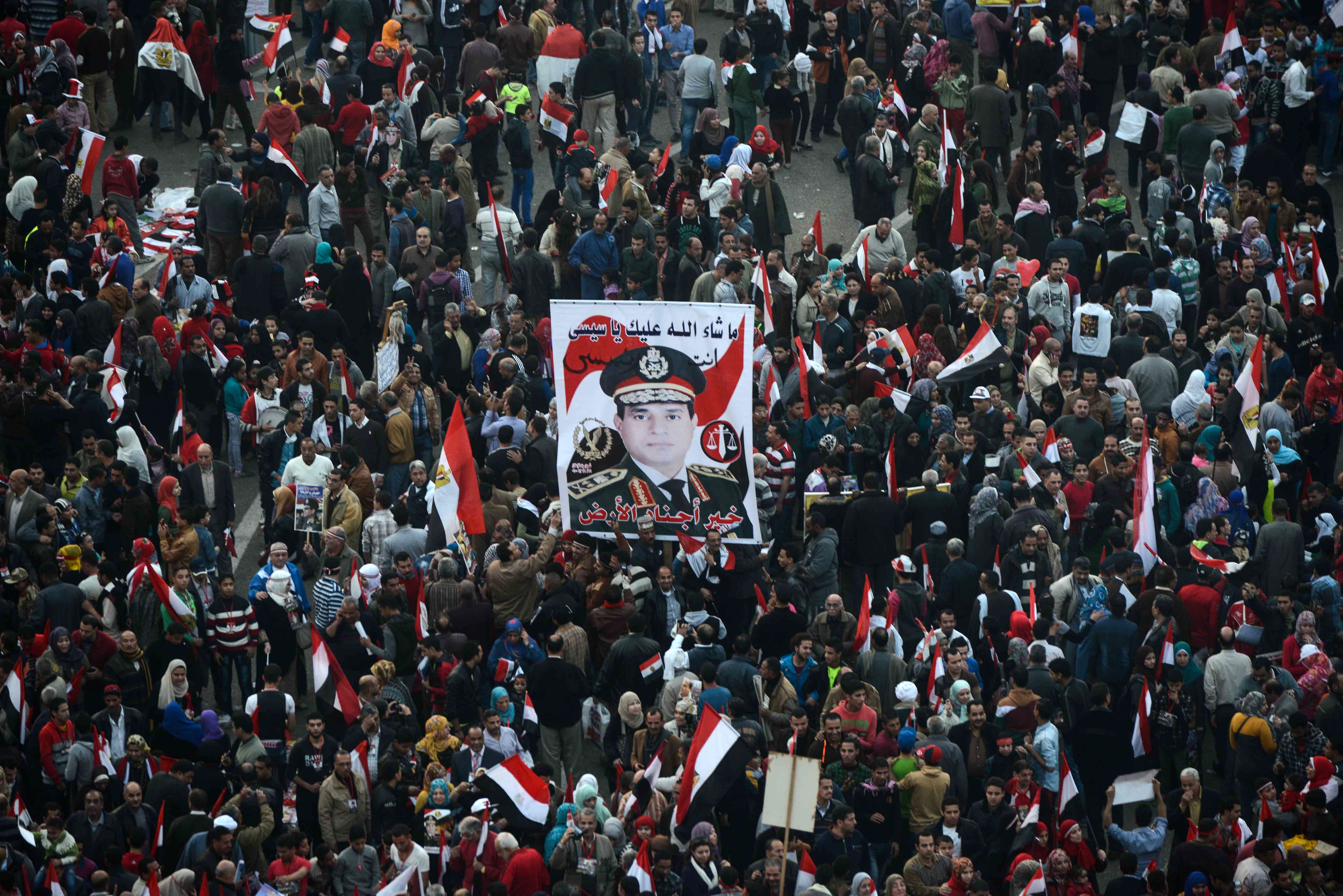 Stock market indices registered a marginal drop on Sunday following the third anniversary of the 25 January Revolution on Saturday, which witnessed celebrations in Tahrir Square as well as clashes between protesters, security forces and supporters of Defence Minister General Abdel-Fattah Al-Sisi.

The main index EGX-30 deteriorated by 0.22% to close at 7,217.8 points. The 7,200 points level was first hit on 14 January, which marked the first day of the referendum on the constitution, to close at an unprecedented level since January 2011.

Financial analyst at Arabiya online Ahmed Khaled explained that the market’s performance reflects the scenes of conflict on the streets, adding: “The day began with a hike in trading, however it didn’t last long, and was followed by a slump.”

“It flourished again after the speech of interim president Adly Mansour, in which he announced presidential elections to be held before the parliament; however, it closed recording a small drop,” Khaled said.

“Investors recently have tended to buy and sell shares extensively before the day of a major event, be it a referendum or an anniversary of a political event, so that if the event passes peacefully, they can start the profit taking process,” Khaled stated.

“Presidential elections will be much-anticipated by investors,” Khaled added.