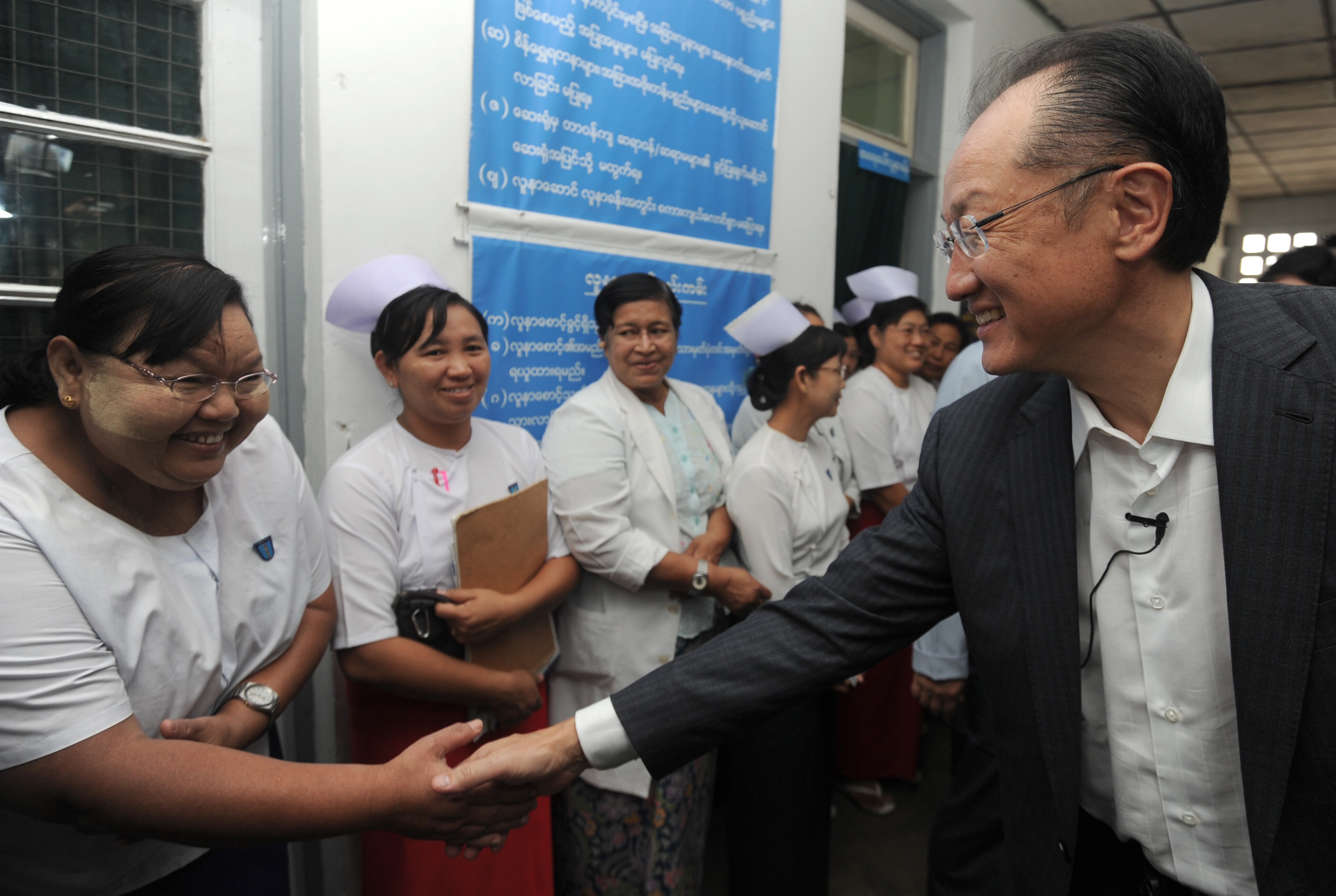 AFP – The World Bank announced on Sunday a $2 billion development programme for Myanmar, including projects to improve access to energy and healthcare in the impoverished former military-ruled nation.

Bank president Jim Yong Kim, on his first visit to the former pariah state, said half of the funds would be used to expand power supplies, in a country where more than 70% of the population does not have access to reliable electricity.

“We are increasing our support for the huge reform effort underway in Myanmar because we want to help the government bring benefits to poor people even more quickly,” Kim said in a statement.

“Expanding access to electricity in a country like Myanmar can help transform a society — children will be able to study at night, shops will stay open, and health clinics will have lights and energy to power life-saving technology. Electricity helps brings an end to poverty,” he said.

The programme also includes $200m to help Myanmar achieve universal health coverage by 2030, the Bank said, noting that only one in four people in the once-isolated country has access to quality healthcare.

The Washington-based institution closed its Yangon office in 1987 and ceased new lending after the then-ruling junta stopped making payments on debts worth hundreds of millions of dollars left from previous programmes.

Myanmar last year cleared its arrears to the World Bank and the Asian Development Bank with the help of a Japanese bridge loan, enabling the two lenders to resume assistance to the country.

President Thein Sein has overseen a series of dramatic reforms since taking office in 2011, including the release of political prisoners and the election of Nobel Peace Prize winner Aung San Suu Kyi to parliament.

In response, the West has begun rolling back sanctions and foreign firms are lining up to invest in the country, eyeing its huge natural resources, large population and strategic location between China and India.

The country was once known as the “rice bowl of Asia” because of its agricultural riches. But economic mismanagement during nearly 50 years of direct military rule left the country deeply impoverished.

Kim is due to meet former general Thein Sein, other members of the government and opposition and business leaders in the capital Naypyidaw where he will also attend a development forum on Monday.