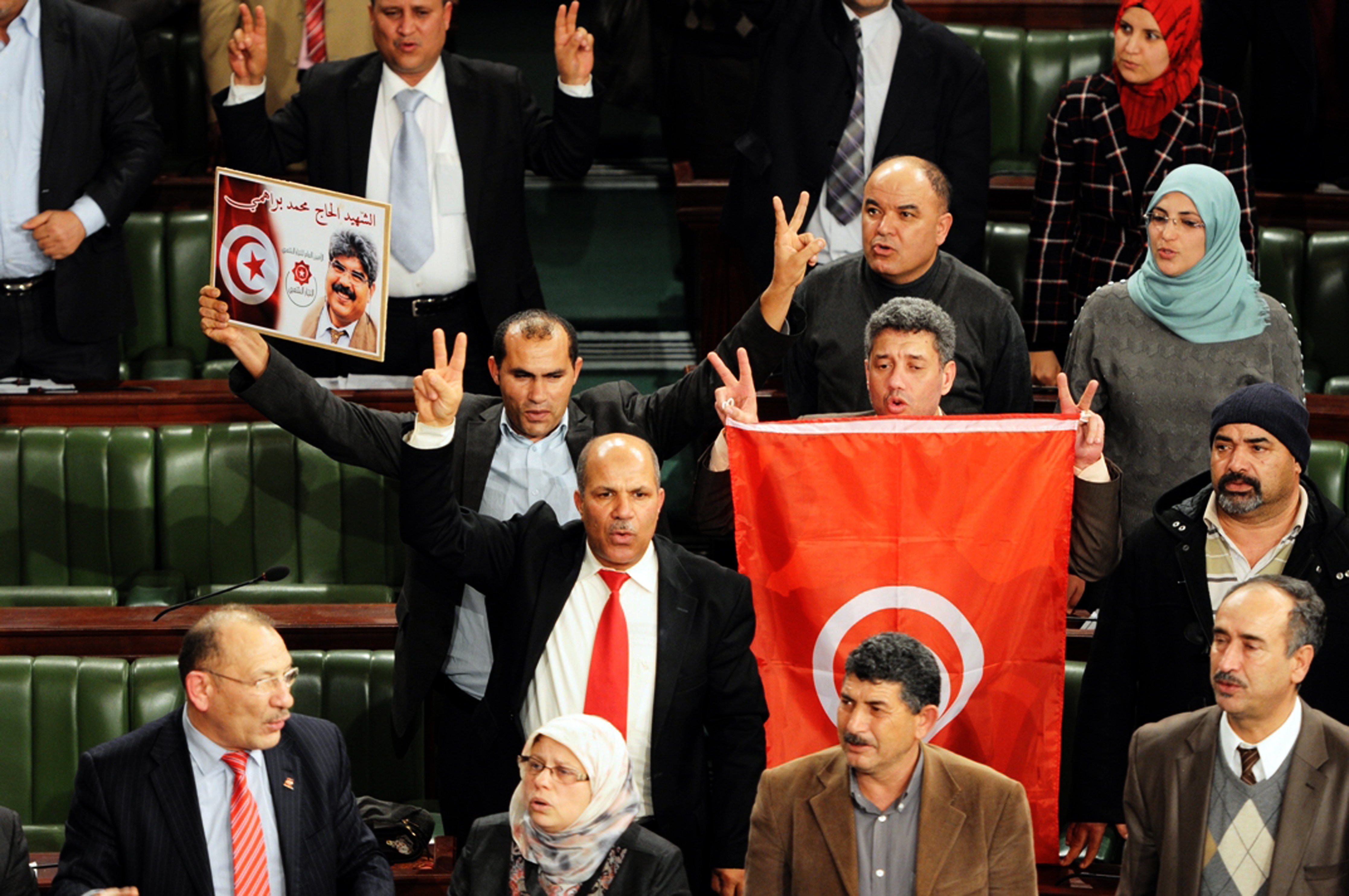 “With the birth of this text, we confirm our victory over dictatorship,” Marzouki said in a speech to the assembly, before signing the document which he embraced, waving the victory sign.

“Much work remains to make the values of our constitution a part of our culture,” he added.

Marzouki was the first to sign the charter which the national assembly adopted by an overwhelming majority in an overnight session.

Its adoption came three years after the revolution that toppled long-time autocrat Zine El Abidine Ben Ali and triggered uprisings across the region.

After its publication in the official journal, the constitution which took more than two years to draft will enter into force in stages, in the run-up to fresh parliamentary and presidential elections later this year.

“It is the continuation of our victory against terrorism, it is a victory for all of us,” Marzouki said.

“Long live democracy, long live Tunisia!” he shouted, adding: “Faithful, faithful to the blood of the martyrs of the revolution!”

Since the 2011 uprising, Tunisia has been rocked by sporadic violence, including the assassination of two opposition MPs last year which sparked a major political crisis between the majority Islamist party Ennahda and their secular opponents.

The adoption of the new constitution marks a crucial step in ending the crisis, as does the formation of an caretaker government of independents, announced by premier-designate Mehdi Jomaa on Sunday, after Ennahda agreed to relinquish power under a hard-fought accord.

“We were just steps from the precipice,” speaker Mustapha Ben Jaafar said at the signing ceremony.