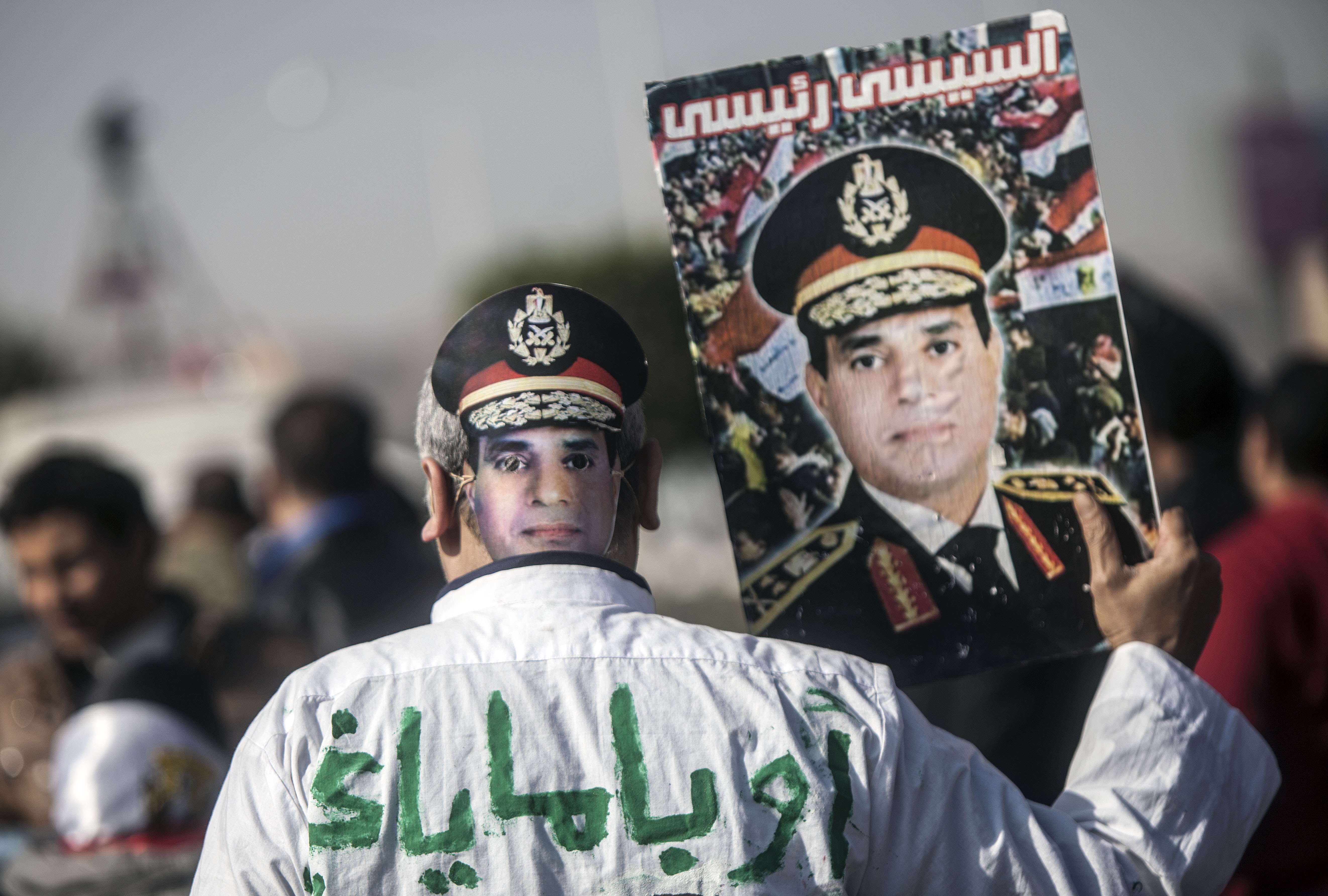 The trust of the people in Defence Minister Abdel Fattah Al-Sisi is a call which must be responded to, said the Supreme Council of the Armed Forces (SCAF) Monday evening.

The military council said it “could not help but respect the will of the broad masses in the nomination of Al-Sisi for presidency, which it considers a mandate and an obligation,” it announced after an emergency meeting on Monday.

Acting Muslim Brotherhood spokeswoman Wafaa Al-Banna said “there is no popularity for Al-Sisi”, asserting that this is why it has been decided that presidential elections will be held before parliamentary elections. “He is losing ground,” she said, adding that youth are uniting against him.

Also in criticism, the Misr Al-Qawia (Strong Egypt) political party said the military council’s meeting and announcement are to be considered “a new violation on the concept of a civil state and a real setback for democracy”.

“These circumstances assert what we repeatedly warned of; military intervention in politics,” the party said, adding that this would throw the military institution into the middle of the political crisis and puts the institution in confrontation with all rival candidates.

Free Egyptians Party spokesman Shehab Wagih was more welcoming of the notion, saying that there is a strong tendency within the party to back Al-Sisi as a candidate, state-run Al-Ahram reported. But he added that the party’s high authority has yet to make a decision.

The defence minister has not yet announced plans to run for president; however, the SCAF said that he has “the liberty to decide according to his conscience”.

Al-Sisi said earlier this month that he would do whatever Egyptians demand, in response to questions over his potential candidacy for president.

Abroad, United States Department of State spokeswoman Jen Psaki said: “It is up to the Egyptian people to determine their future,” and that America’s position is to not put itself in “the centre of the Egyptian elections”. America’s focus is on the transition moving forward, she added.

She did not specifically comment on Al-Sisi’s possible presidential bid, saying that it is hypothetical at this stage. “He has not even announced a plan to run at this point. So we’ll entertain that if that happens,” she said.

Psaki said the US believes that the Egyptian government should proceed with an inclusive transition process that leads to “a democratic civilian-led government”.

There has been increasing speculation on whether the commander in chief of the armed forces would enter the presidential race and increasing calls on him to run. A campaign, launched in September with the purpose of convincing Al-Sisi to run for the presidency, vowed to gather millions of signatures.

As per requirements in the constitution, Al-Sisi would have to resign from his military post and run as a civilian in a bid for the presidency.

Al-Sisi, 59, came out as Egypt’s strongman on 3 July, when he announced a transitional roadmap, removing then-president Mohamed Morsi from power.  The move has both vehement supporters who consider it a revolution and ardent opposition by people who view it as a coup.

He graduated from the Military Academy in 1977 and was appointed as minister on 12 August by Morsi, 2012 after an unprecedented move in which Morsi sacked top military officials, including Field Marshal Hussein Tantawi, who was Commander-in-Chief of the Armed Forces and Minister of Defence at the time.

The specific dates on which the presidential elections will be held have not yet been announced.