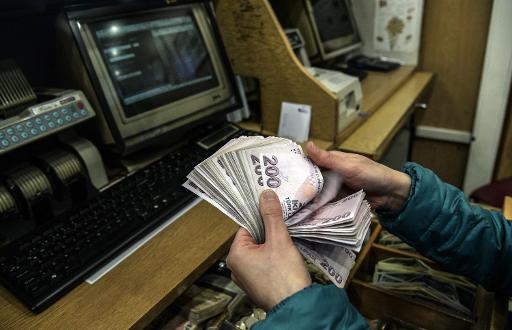 AFP – Turkey’s central bank, fighting to defend the lira, sent strong signals on Tuesday that it is about to raise interest rates in a policy U turn and in defiance of the government.

The lira and stock market rallied in morning trading ahead of a crisis meeting of the central bank later and decision around midnight.

The bank said it would not hesitate to tighten monetary policy in a “lasting way” if necessary and asserted the bank’s independence.

“Nobody should have any hesitation that the central bank will use all available tools,” the bank’s governor Erdem Basci told a press conference in Ankara.

“The bank will not hesitate to take steps to make lasting tightening in monetary policy if deemed necessary,” he said.

“The central bank is independent and can be held accountable…”

The bank also raised its outlook for inflation.

Some analysts estimated in July last year when the bank began intervention that it had about $46bn (34bn euros) effectively available but since then it has spent heavily, using up $4bn in the last few days alone to little avail.

The central bank gave an insight into how intervention has run down its precious reserves, saying: “A steep decline in forex reserves may cause other concerns, thus the interest rate weapon should be put into use in this environment.”

Basci added: “Our goal during the monetary policy committee meeting will be to undertake steps that will ensure price stability.”

The bank is expected to raise its overnight lending rate to at least 9.0%.

The meeting comes as Turkey is rocked by a mounting political crisis which threatens Erdogan and the country’s once-booming economy.

The government has applied strong pressure to prevent a rise in base interest rates, and on Tuesday Erdogan played down the tensions.

“The Turkish economy is quite robust and it is pressing ahead in a resilient way,” he told a parliamentary gathering.

The government has pressured the central bank not to raise interest rates so as to sustain growth ahead of a highly-charged election cycle beginning with March local polls.

Until now, the bank has avoided a sharp rise in the base rate, using a big increase in the overnight rate — held at 7.75% last week — and intervening heavily with its reserves on the foreign exchange market.

But these costly measures have failed to protect the lira.

The Turkish currency has been hitting record lows almost daily and has lost about 10% since mid-December, when a corruption scandal ensnaring key government allies became public.

Like other emerging market currencies, the lira has also been hit from the US Federal Reserve’s decision to reduce its stimulus measures, of which Turkey has been one of the main beneficiaries.

But amid expectations of an increase in base rates, the currency recovered to 2.2583 on Tuesday, after hitting an all-time low of 2.3331 to the dollar and 3.1950 to the euro.

Higher interest rates ‘on the cards’

Although the bank assured that inflation would slow from the second half of 2014, analysts said that it was likely to remain high this year.

Jackson also said: “As for our expectation from the central bank meeting, it seems that higher interest rates are on the cards.”

He said: “It’s always difficult to predict movements in Turkish monetary policy, but our best guess is that it might involve a 100-300 basis point (1.0-3.0 percentage point) hike in the O/N (overnight) lending rate,” he added.

“For now, though, we suspect that a hike in the O/N lending rate (perhaps to 9.0%) is the most likely outcome.”

But other analysts called for more aggressive action.