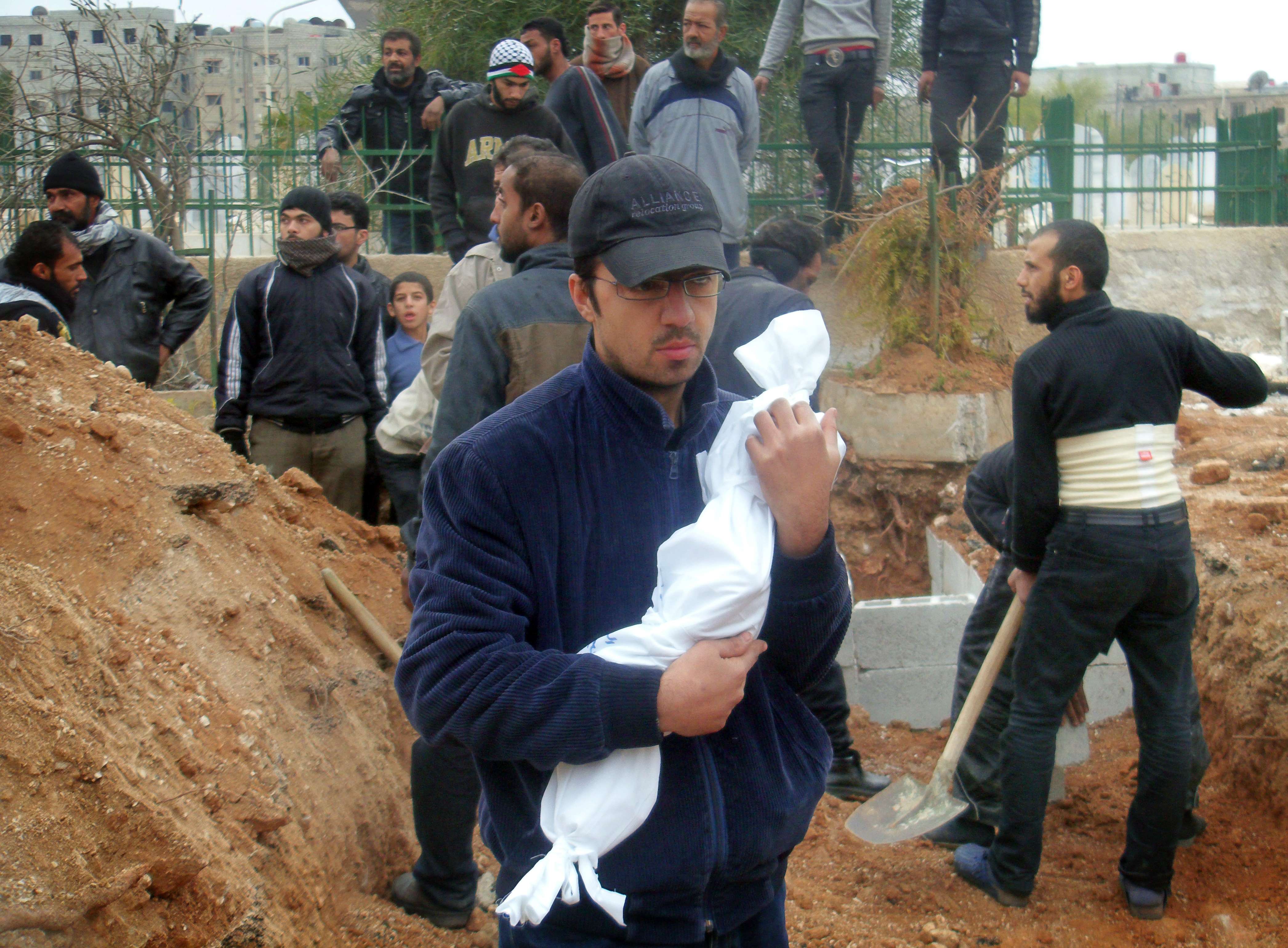 AFP – Besieged since June, nearly 20,000 people in Damascus’ Yarmuk Palestinian camp are so desperate for food that many eat stray animals, and some women have resorted to prostitution, according to residents reached via the Internet.

“Many here have slaughtered and eaten cats and dogs, and even a donkey,” said Yarmuk resident Ali, who was a university student when Syria’s revolt erupted in 2011.

“One man who killed a dog couldn’t find any meat to eat on its body, because even the dogs are starving,” he told AFP via Skype.

“What was unimaginable a few months ago is normal now.”

Once a refugee camp, Yarmuk evolved generations ago into a bustling commercial and residential district, where both Syrians and Palestinians resided.

In 2011, it was home to some 150,000 Palestinians registered in Syria after waves of displacement forced their ancestors to seek shelter following Israel’s establishment.

When war spread to areas of Damascus in the summer of 2012, thousands of people from other parts of the capital fled to Yarmuk, swelling its population further.

But Yarmuk soon became a war zone too, as Syrians taking up arms against President Bashar Al-Assad’s regime moved into the camp.

Some Palestinians joined the rebels, others backed pro-regime groups, mainly the Popular Front for the Liberation of Palestine-General Command (PFLP-G).

In June, the army imposed a total blockade on Yarmuk, which covers an area of just over two square kilometres (less than a square mile).

Most residents had fled by then, but, according to the United Nations, 18,000 civilians remain.

Seven months later, food and medical supplies have all but run out, with prices skyrocketing up to $100 for a kilogramme of rice, residents say.

“The situation is so desperate that women are selling their bodies to men who stocked up food before the siege was imposed, for just a cup of rice or bulgur,” said Ali.

“Imagine the feeling of a father unable to feed his children, as they wail from hunger,” he added.

Seventy-eight people, including 25 women and three children, have died as a result of the shortages, according to the Syrian Observatory for Human Rights.

Of these, 61 died in the past three months, according to the Observatory, which relies on a network of activists and doctors inside the country for its reports.

Tasked with meeting the Palestinian refugees’ needs, the UN Relief and Works Agency (UNRWA) has struggled to secure access to the camp.

Only two convoys have made it into Yarmuk in recent months, bringing in a scant 138 parcels of food aid.

According to UNRWA spokesman Chris Gunness, “the aid allowed in… so far is shockingly inadequate to meet the dire needs of these [18,000] civilians.”

The needs include “powder milk for babies, polio vaccines for infants and basic foodstuffs,” said Gunness.

On 18 January, the government said it would facilitate aid access.

“However, the agency is extremely disappointed that… the assurances given by the authorities have not been backed by action on the ground to facilitate the regular, rapid entry into Yarmuk of the substantial quantities of relief required to make a difference to thousands of civilians,” Gunness told AFP.

While regime and opposition representatives are meeting in Geneva for peace talks and to negotiate aid access for Homs in central Syria, it appears Yarmuk’s fate is not being addressed.

PFLP-GC spokesman Anwar Raja blamed the rebels, whom he described as “terrorists”, for the camp’s plight.

“We hope the people will push on the Palestinian armed groups that had pledged to pressure the other armed groups, including Al-Nusra (Front, an Al-Qaeda affiliate)… to create a better atmosphere to ensure aid gets in.”

For his part, Wissam Sbaaneh, a member of the Palestinian Jafra Foundation, blamed the PFLP-GC and the army.

“People are asking for milk powder for children and vaccines. What on earth would the fighters want milk powder for?” said Sbaaneh, mocking a PFLP-GC claim that the civilians are being held “hostage” by the armed opposition.

Sbaaneh also said other armed groups, barring the jihadists, have honoured the agreement with the regime, and that “civilians are ready to pressure Al-Nusra if the regime proves it is being serious”.

Indeed on Monday, the Observatory reported a demonstration in the camp against Al-Nusra Front.

“Civilians are being starved in order to force them to turn against the rebels. It is a war crime to besiege areas where civilians are present,” Abdel Rahman told AFP.