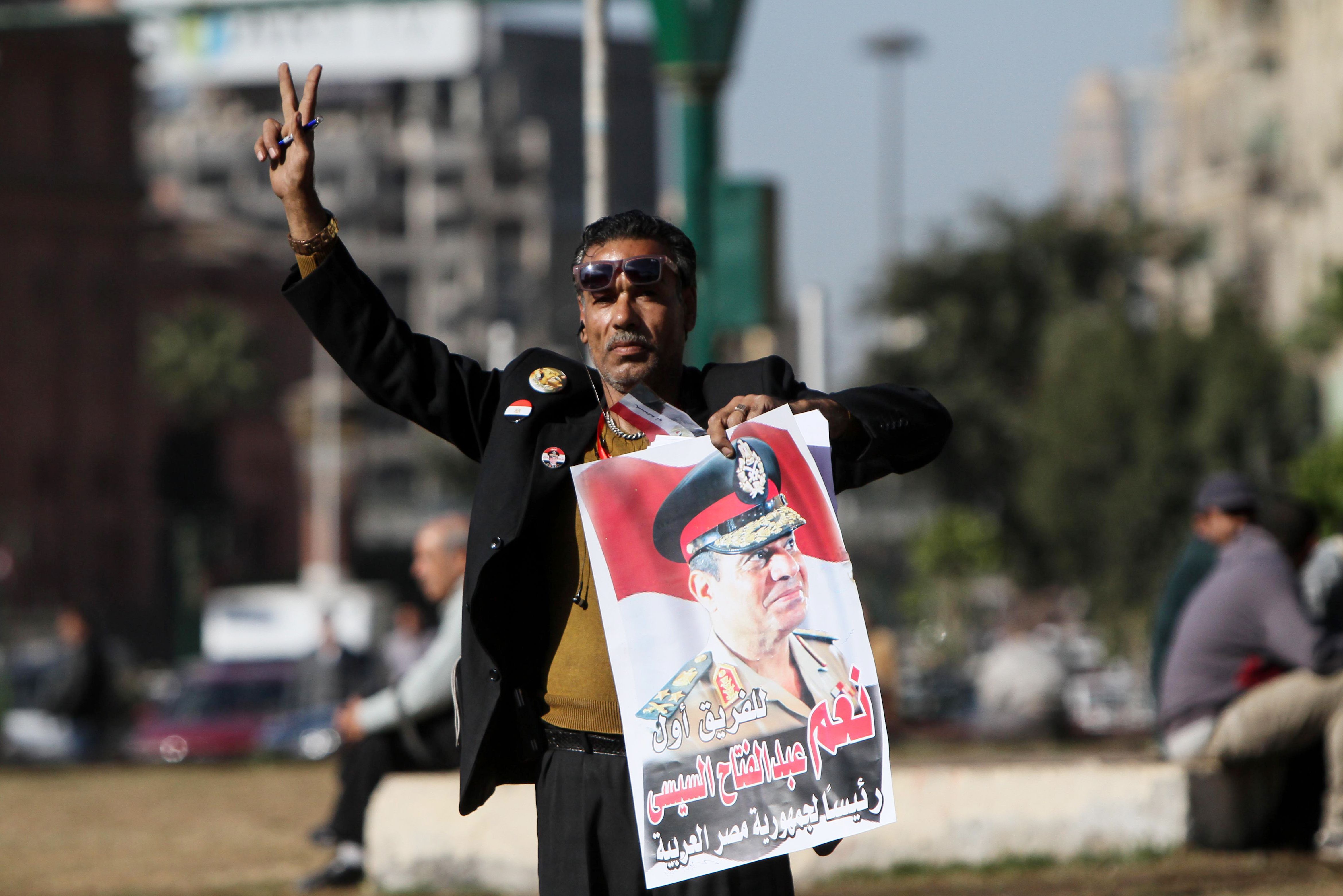 The Muslim Brotherhood released a statement Tuesday in response to the Supreme Council of the Armed Forces’ (SCAF) recent announcement of support for Defence Minister Abdel Fattah Al-Sisi in the upcoming presidential elections.

The Muslim Brotherhood has been highly critical of what it commonly refers to as a “bloody coup” against Mohamed Morsi, who was elected as a member of the Brotherhood’s Freedom and Justice Party. Sisi, who claimed that he did not aspire to power after Morsi’s 3 July ouster, has seemingly been inching his way towards a presidential bid.

“It has become evident that what happened 3 July was a military coup,” the statement reads. It blames SCAF for authorising the “coup leader” to run for president, saying that the military has long dominated political life in Egypt and should stay away from politics altogether.

The statement also accuses Al-Sisi of responsibility for the death of “more than one hundred martyrs” on the third anniversary of the 25 January uprising, immediately after which Al-Sisi was made field marshal, the highest possible rank in the Egyptian armed forces. The Ministry of Health listed the death toll of 25 January at 49, although independent counts reached 89.

“The military is devoid of any ability to wage a battle against the real enemies of the homeland,” the statement reads.

The statement also blames Al-Sisi, who initially gave Mohamed Morsi a three-day ultimatum to answer to the “will of the people” and later announced his ousting on 3 July, of destroying “all of the objectives of the 25 January Revolution,” citing the closure of newspapers and television channels, as well as the “packed prisons” that house the scores of protesters arrested weekly.

“There is no place in the state for repression and oppression,” the statement continues, accusing Al-Sisi of creating a “humiliating dependency” on the military to solve the country’s current social and political upheaval. “The killer [Al-Sisi] is responsible for tearing the social fabric” of the country, the statement asserts, while Al-Sisi’s actions pit one political group against the other.

The statement also warns against Al-Sisi’s political stance with Israel. “The man who sees Israel as a hero to the Zionists cannot lead Egypt to pride, power, and freedom.”

The statement ends by warning that “the people will not accept being governed by a “cutthroat traitor” who they accuse of being in “relentless pursuit of the throne”.

Although Al-Sisi has yet to announce a presidential bid, he has repeatedly said that he will answer to the “will of the people”. On the third anniversary of the 25 January Revolution, thousands gathered in Tahrir Square to call on him to run. Men and women carried posters of him that read “President Sisi” or “Sisi, the Egyptian Lion”.

In recent weeks, a number of unnamed sources within the governing SCAF have been quoted as saying that Al-Sisi is currently working on his presidential platform and is going to announce a bid shortly.

Most other candidates that have announced their intentions to run have also announced that they plan to do so only if Al-Sisi does not run.

The defence minister will be officially promoted to the rank of field marshal on 1 February.

Interim president Adly Mansour recently announced that presidential elections will take place before parliamentary elections, which stands in contrast to the original roadmap announced by the interim authorities.