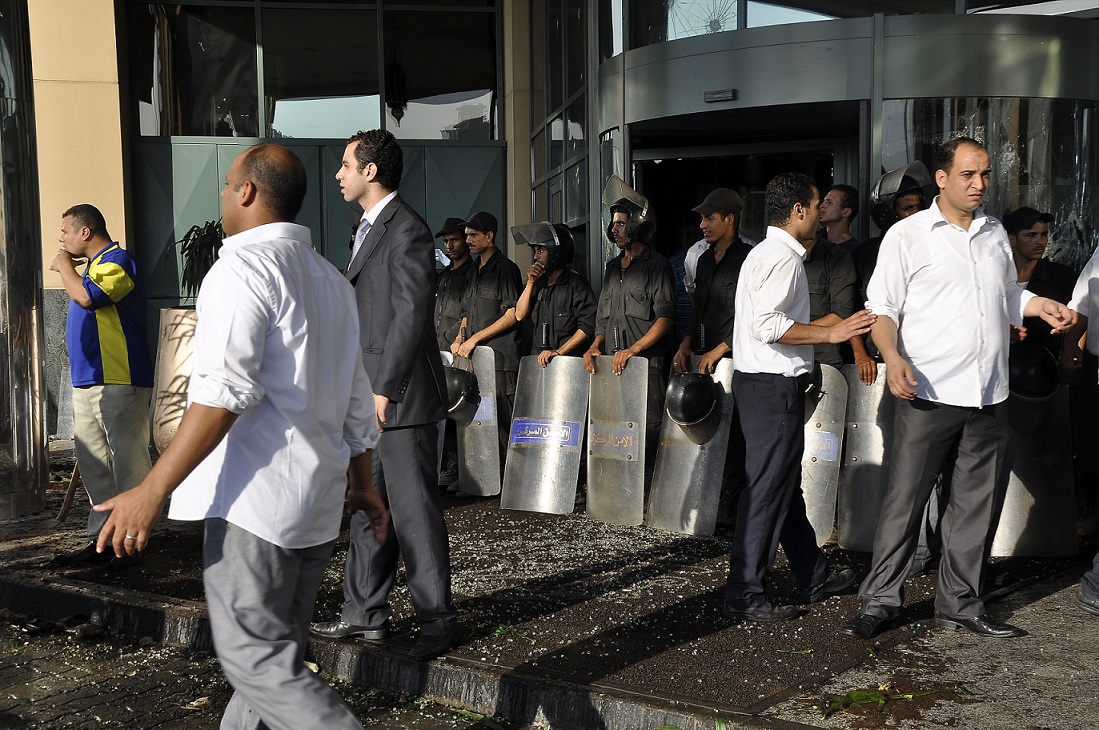 The South Cairo Criminal Court has announced the verdicts for 51 defendants in the case of the Nile City Towers clashes that took place in August 2012, according to state-run Al-Ahram.

The court has issued a life sentence to two people, which is the equivalent of 25 years in prison. It has also sentenced seven defendants to 10 years and 22 to seven years in prison, while acquitting the remaining 22 defendants.

The defendants’ charges included violence, “thuggery”, possession of firearms and resisting authorities. Their trials were postponed several times prior to the verdict issued on Wednesday.

Egyptian Center for Economic and Social Rights (ECESR) lawyer Mohamed Adel Soliman stated that the verdicts were “excessive, and sentenced several people who had no connection with the events to prison”.

“One of the defendants was given a life sentence in absentia even though there is absolutely no evidence to condemn him,” he added. Another defendant who was handed a prison sentence was “simply passing through the area at the time and any investigation would show that he had no link to the events”.

The incident began when a conflict broke out between security personnel and Amr Al-Bunni, resident of the poor district of Ramlet Al-Boulaq behind Nile City Towers, allegedly over a late salary demanded by Bunni which hotel personnel refused to pay.

Bunni reportedly opened fire and destroyed a large part of the hotel’s facade before he was shot and killed by tourist police. Subsequently, his family and neighbours destroyed the glass doors at the front of the building. Ten cars and several motorcycles in the hotel’s parking lot were burned in the clashes.