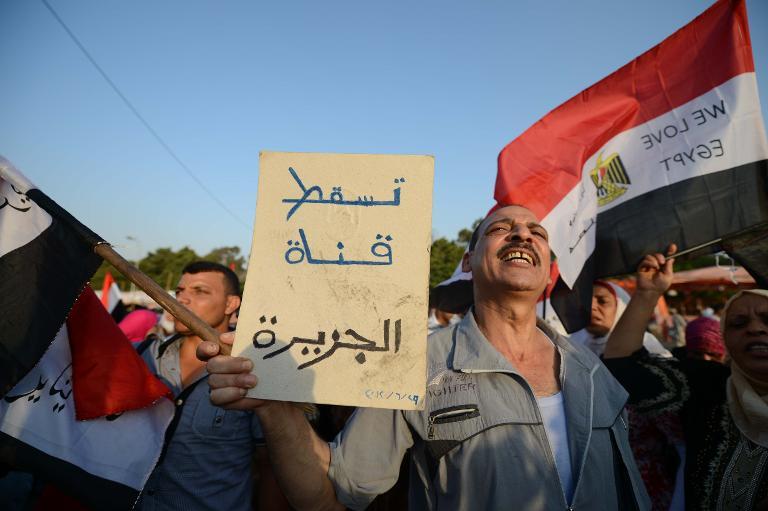 The 16 Egyptians have been charged with belonging to a “terrorist organisation … and harming national unity and social peace,” the prosecution said in a statement.

The four foreigners — two Britons, an Australian and a Dutch national — have been accused of “collaborating with the Egyptians by providing them with money, equipment, information … and airing false news aimed at informing the outside world that the country was witnessing a civil war.”

Of the 20, only eight are in detention, while others are being sought by authorities.

The prosecution did not reveal the identities of those being detained, but on December 29 three Al-Jazeera journalists — Peter Greste, an acclaimed Australian reporter who formerly worked for the BBC, Canadian-Egyptian Mohamed Adel Fahmy and Egyptian producer Baher Mohamed — were arrested in a Cairo hotel.

The prosecution had previously accused the Al-Jazeera crew of having links with the Muslim Brotherhood, which has been blacklisted by the military-installed authorities as a terrorist group.

The blacklisting move is part of a deadly government crackdown on the Brotherhood since the July ouster of president Mohamed Morsi, who hails from the movement.

The detention of the Al-Jazeera journalists has received widespread coverage in Western media, which the prosecution previously suggested could also violate Egyptian law.

Egyptian authorities have been incensed by Al-Jazeera’s coverage of their crackdown on the Muslim Brotherhood.

The blacklisting of the Brotherhood makes promotion of the group either verbally or in writing punishable by lengthy prison sentences.