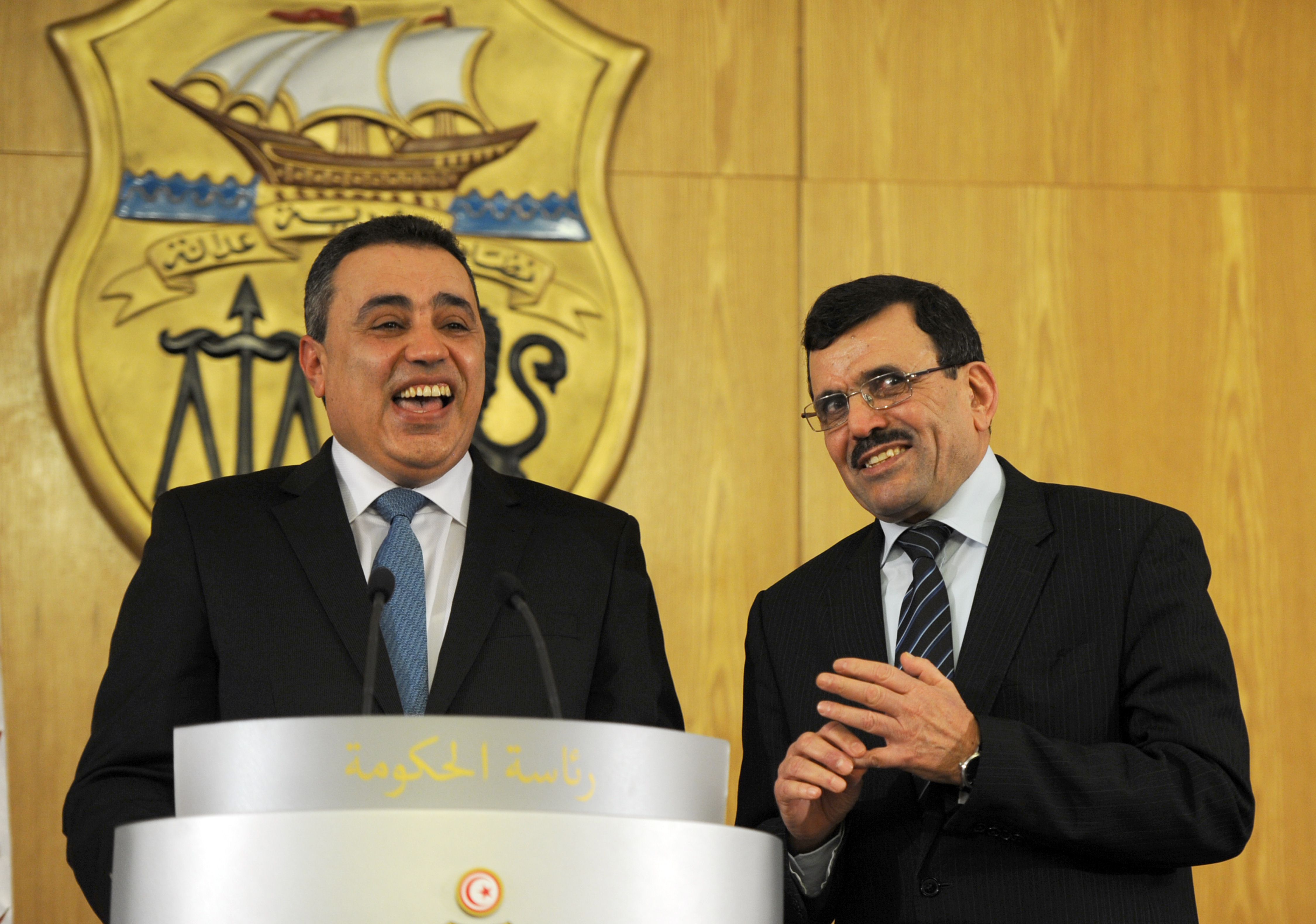 AFP – Tunisia’s new technocratic government headed by Prime Minister Mehdi Jomaa was sworn in Wednesday, replacing an Islamist-led administration under an accord to end political turmoil and prepare for fresh elections.

The formal transfer of power took place at the presidential palace after a marathon overnight parliamentary session in which 149 of the country’s 193 lawmakers finally approved Jomaa’s line-up.

The new ministers took the oath of office in front of President Moncef Marzouki at a ceremony also attended by members of the former cabinet.

Larayedh and Jomaa, who served as industry minister in the outgoing government, highlighted “the difficulties to overcome in achieving fair and transparent elections” due later this year, the government said in a statement.

The formation of a new government comes after weeks of horse-trading and is the cornerstone of a roadmap to end a political crisis that has plagued Tunisia since the assassination of two opposition MPs in 2013.

Ennahda won the country’s first free elections in October 2011, nine months after Ben Ali’s ouster, but was bitterly criticised by the secular opposition for pursuing an Islamist agenda and failing to stabilise the country.

The political agreement also required the adoption of a long-delayed new constitution and called for parliamentary and presidential elections to be held by the end of 2014.

The swearing in of Jomaa’s government of independents comes three days after the national assembly adopted the new charter in another late-night session.

The constitution was forged during two years of acrimonious debate, including on the role of Islam and women’s rights, and is regarded as the most modern in the Arab world.

The adoption of the constitution was hailed as a milestone at home and abroad and the approval of the caretaker cabinet Wednesday achieves another of the revolution’s goals.

In contrast, neighbouring Libya and nearby Egypt both remain mired in instability and crippling political deadlock three years after the start of the Arab Spring.