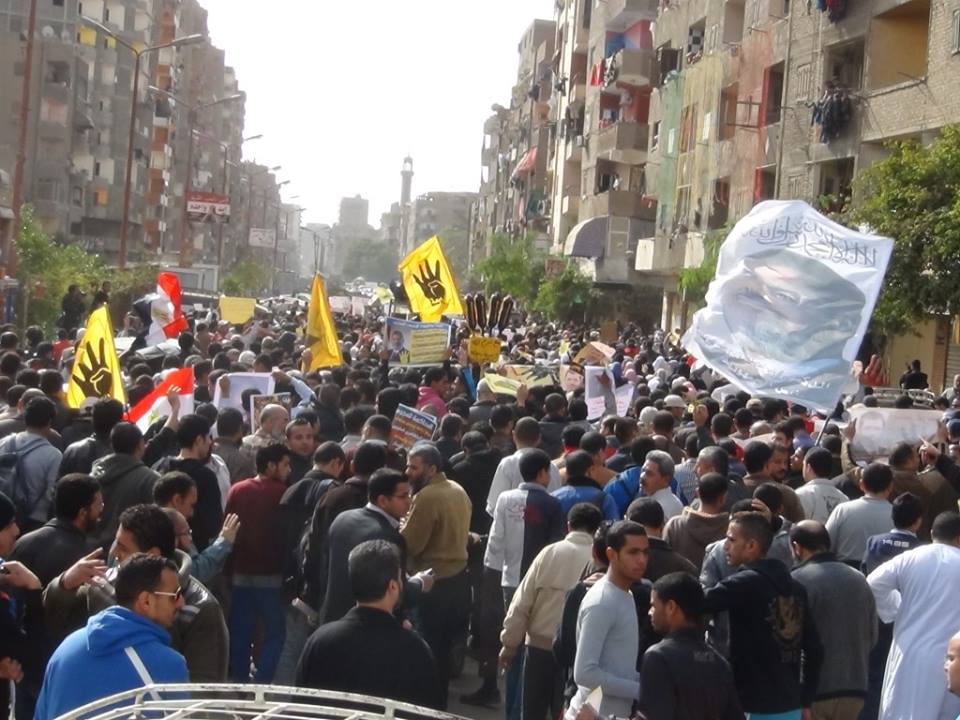 One protester was killed and 35 were injured amid clashes resulting from this Friday’s string of protests, according to a Ministry of Health statement.

Dr Ahmed Salah Kamel, spokesman for the ministry, said that 14 remain hospitalised for their injuries, while state-run Al-Ahram put the number of hospitalised at 18. The Ministry of Health statement included only deaths and injuries from 9am to 11pm.

The statement said that all of the injured and the one death occurred in the Cairo area. A number of marches formed after Friday prayers in different districts of Cairo and Giza, only to be dispersed a short time later.

Pro-Morsi protesters in Matariya, which saw the worst violence during last week’s 25 January Revolution anniversary, attempted to start a sit-in by lighting tyres on fire in the neighbourhood’s Na’aam square.

Reports indicated that the residents then clashed with the protesters. Al-Ahram reported that residents fired weapons at the protesters as their chants “grew increasingly offensive towards the army.”

Protesters allegedly responded by throwing Molotov cocktails at houses, setting them on fire. Fights broke out while fire engines arrived at the scene to put out the fires, Al-Ahram Arabic reported.

Police also broke up a funeral march for Mohamed Al-Shinwany, a handicapped student in Alexandria who was allegedly killed by security forces on Thursday.

The El-Nadeem Centre for Victims of Torture listed at least 24 dead in the north-eastern Cairo neighbourhood on the third anniversary of the 25 January revolution last Saturday. Almost all of the fatalities were from live ammunition.

Cairo in particular is recovering from one of the bloodiest weeks in recent memory, starting on 24 January, which saw five bombings targeting security forces.

The next day, scores were killed across the country during the third anniversary of the 25 January Revolution. Wiki Thawra, an independent database dedicated to the Egyptian revolution, listed 89 killed. The Ministry of Interior announced that 1,079 were arrested, and over 240 protesters were injured.

The National Alliance to Support Legitimacy is calling for marches this week in commemoration of the Port Said massacre on Saturday and the Battle of the Camel on Sunday. The statement also calls for steadfastness in “supporting the legitimate president”, in reference to the ousted Mohamed Morsi, who goes on trial for the killing of protesters Saturday.

More than 2,000 policemen will be deployed to the Police Academy to guard the second hearing of the case against the former president.