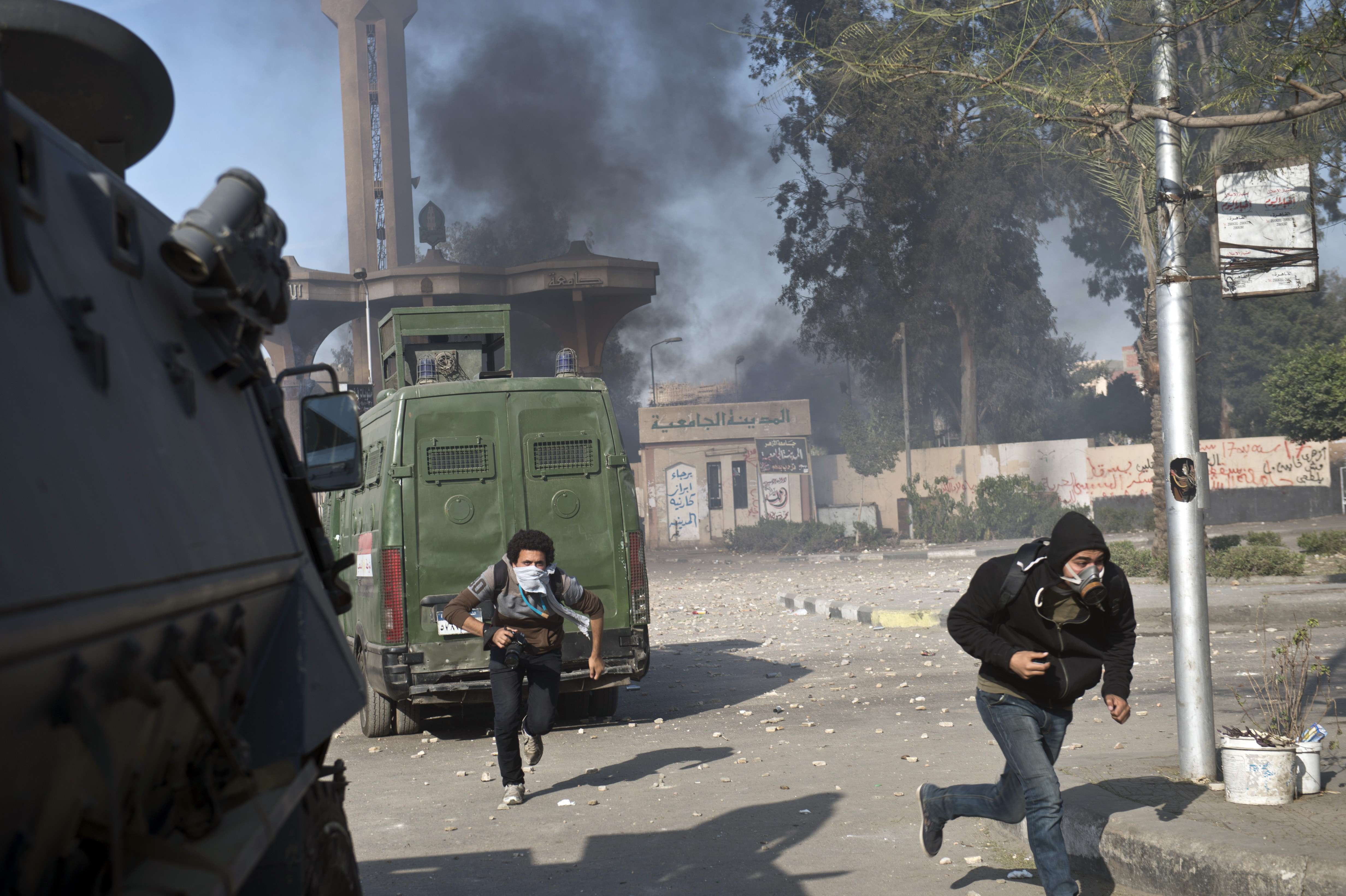 The UN Human Rights Office is “extremely concerned about the increasingly severe clampdown and physical attacks on media in Egypt,” it said in a Friday statement.

The statement, which also addresses reports of harassment and violent attacks against journalists, comes after prosecutors decided on Wednesday to refer to criminal court 20 employees working for Qatari-based Al Jazeera news channel on charges of belonging to a terrorist organisation, calling for disruption of the law and preventing state institutions from conducting their affairs, broadcasting false news to support a terrorist group, and harming the national interest of the country.

Colville described the charges as being vague and said it was “the state’s obligation to ensure that the right to freedom of expression is respected, and that journalists are able to report on diverse views and issues surrounding the current situation n Egypt”.

Harassments, detentions and violent attacks faced by journalists covering the third anniversary of the 2011 revolution were also mentioned in Colville’s statement. On 25 January, at least five photojournalists were arrested, and two more were hospitalised with injuries, with journalists being the target of a series of attacks, arrests, and assaults on that day.

Colville called for independent and transparent investigations into all reports of violence against journalists.

High profile events have been increasingly risky for journalists. During coverage of the constitutional referendum on 14 and 15 January, at least 11 incidents of attacks on journalists were reported by the Association for Freedom of Thought and Expression. On 5 November, while covering the trial of former President Mohamed Morsi many media crews reported facing attacks by protesters.

The prosecution’s decision to try the 20 Al Jazeera employees has sparked widespread international condemnation and raised questions on press freedoms in Egypt. Colville said it “has not only placed a sharp focus on the systematic targeting of Al Jazeera staff … but also led to increased fears among the media in general, both national and international, which is clearly deeply detrimental to freedom of expression and opinion.”

The Qatari network is largely viewed by Egyptians as being sympathetic to the Muslim Brotherhood. One Al Jazeera journalist, Abdullah Elshamy, has been imprisoned for five months without formal charges. Elshamy reiterates that he is innocent, starting a hunger strike on 27 January.

Mohamed Badr, a cameraman working for Al Jazeera was arrested in July and has been charged with attempted murder and possession of weapons, charges which his lawyer Mohamed Shaaban denies.

In a move that was denounced by freedom of expression movements, authorities raided in August the offices of Al Jazeera’s sister channel Al Jazeera Mubasher Misr in Agouza, Dokki and Imbaba in which government agents seized gear including two vehicles and a number of cameras, microphones and broadcasting equipment.

Following the decision to try the network’s employees, the United States Department of State spokeswoman Jen Psaki said the US is “deeply concerned” by the Egyptian government’s “targeting of journalists and others on spurious claims”, in one of the most strongly worded statements by the US against the interim Egyptian government.

The charges also drew condemnation from CPJ who said that the “government’s lack of tolerance” is indicative of its inability to “handle criticism”. Human rights watchdog Amnesty International called for the immediate and unconditional release of the Al Jazeera journalists currently being detained and for all charges to be dropped. International Press Institute Executive Director Alison Bethel McKenzie described the charges as being absurd.

In recent months, many international and local press freedom advocates and rights groups have criticised conditions which journalists in Egypt are facing.

The Al Jazeera case was dubbed the “Marriott Cell” by the prosecution and the main charges centre around three Al Jazeera journalists arrested on 29 December, Canadian-Egyptian Bureau Chief Mohamed Fadel Fahmy, Australian Correspondent Peter Greste, and Producer Baher Mohamed, an Egyptian national.  Fahmy and Greste were arrested at the Zamalek Marriott, where they were using two rented suites as a base for operations, while Baher Mohamed was arrested the same night at his home in suburban Cairo.

Out of the 20 Al Jazeera employees facing charges, eight are currently in custody and will be referred to court, while arrest warrants have been issued for the other 12.