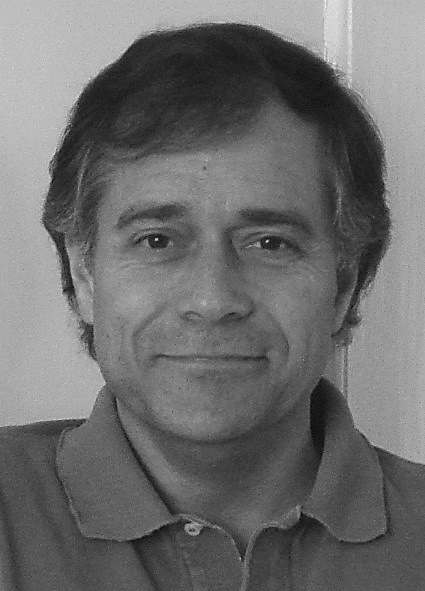 On 29 December, 2013, three journalists working for the Al Jazeera English TV channel in Egypt – the Cairo Bureau Chief Mohamed Fahmy, a Canadian-Egyptian, Peter Greste, a renowned Australian journalist, and the Egyptian Producer Baher Mohamed – were arrested in their rooms of the Marriott Hotel in Cairo, their equipment was confiscated, and they were taken to the high security prison Tora, were high-profile leaders of the Muslim Brotherhood, declared by the Egyptian government to be “terrorists”, are currently held.

For weeks no charges were laid against these journalists and Egypt refused to give any legal explanation. The Cairo Bureau Chief Fahmy was reportedly treated the worst of the three detained. While all had to suffer under solitary confinement, Fahmy got a “special” serving by continuously not being allowed medical treatment for a broken shoulder and having to sleep on the cold concrete floor in a cockroach-infested cell with no daylight.

On the anniversary of the Egyptian revolution, January 25, 2014, almost a month after the arrest, the treatment got even worse: the prison guards took away his watch, his jacket and the only blanket he had for sleeping on the floor. Medical treatment to his broken shoulder, four weeks into the injury, was further denied. For over 20 hours he was not given food or allowed to go to the bathroom. The guards explained this treatment as a “punishment” for a bomb attack the day before in Cairo – to which the journalist Fahmy in his solitary confinement plainly and clearly could not have had any connection.

On 29 January, the prosecutor general suddenly came up with charges against 20 Al Jazeera journalists, amongst them the three detained at Tora. Widely broadcast on Egyptian State TV under the banner “Fight against terrorism” the prosecution accused the journalists of having supported a terrorist group (aka the Muslim Brotherhood) by inventing false news about the situation in Egypt, thus shaming Egypt internationally and “harming national security”. Fahmy was in addition accused of being a member of the Brotherhood (which everyone who knows him affirms he is not) and therefore charged to be a “terrorist”.

Accusing and charging journalists of being terrorists just for interviewing members of a political group or reporting on clashes between the state security and this group was a serious attack on the freedom of press in Egypt and seen by many as a deliberate warning sign to other foreign journalists to not report the truth about the unrest in the country. The international reaction to this and the disturbing prison conditions was unusually clear and outspoken.

While the outcry of human rights organisations is never pleasant to regimes, the reaction on the governmental level can hurt a lot more. All regimes in Egypt, from Mubarak to SCAF, Morsi and now Mansour have managed brilliantly in getting the international community in shock over the lack of respect for human rights, justice and the right of an individual to not be subjected to bodily harm or even murder. If there has been one consistency in all regimes from Mubarak to today it is the violations by the army and the police under the approving eye of the Ministry of Interior and a purposeful or helpless looking away from the army generals.

For nations committed to international treaties of law and human rights this is hard to ignore. Even harder, when those at the receiving end of such violations are members of the independent media. For the press is rightly considered to be one of the important pillars of a democratic society: keeping a check on those who hold power to ensure that the rights of the citizens are not violated.

It came as no surprise thus that the arrests of the Al Jazeera journalists and subsequent gross charges against them evoked harsh criticism from outside Egypt. The UN High Commissioner for Human Rights was “extremely concerned about the increasingly severe clampdown and physical attacks on media in Egypt.” Voicing concern over “reports of journalists in detention being subjected to ill-treatment or being held in conditions that are not in line with international human rights standards”, the UNHCHR urged the Egyptian authorities “to promptly release all journalists imprisoned for carrying out legitimate news reporting activities in exercise of their fundamental human rights.”

The US State Department, in an unusual hard worded statement, called “the targeting of journalists on spurious claims wrong” and “an egregious disregard for the protection of basic rights and freedoms.” Although the US does not have journalists implicated in the matter, the Obama administration found the attack on independent media grave enough to be “alarmed” and pointed out: “Any journalists, regardless of affiliation, must not be targets of violence, intimidation, or politicised legal action. They must be protected and permitted to freely do their jobs in Egypt.”

Australia’s Minister of Foreign Affairs, Julie Bishop, had summoned the Egyptian ambassador in Canberra already on 16 January into the Foreign Office and asked for a meeting of the Australian ambassador in Cairo with the General Prosecutor. Besides a promise, nothing came of it. When on 29 January Australian journalist Peter Greste was suddenly charged with supporting a terrorist group, Bishop picked up the phone and called her Egyptian counterpart, Nabil Fahmy. The conversation, she later disclosed, was a “very candid” one in which she again demanded a high-level meeting – which subsequently was staged just the next day in Cairo – and voiced her concern both on the abhorrent charges and the prison conditions to which Greste was subjected. She publicly promised later to keep engaging for the Australian journalist to try to ensure he receives both due process and from now on humane prison conditions.

The British Foreign Office acknowledged in a statement of being aware that amongst the 20 Al Jazeera journalists two Britons too had been charged in absentia with “supporting a terrorist group” and pointed out that already on 7 January in a personal conversation Foreign Secretary William Hague had raised concerns over the “continuing restrictions on freedom of expression and the press” to Egypt’s Foreign Minister Nabil Fahmy. To no avail it seems, for the restrictions became even worse and ended in the charges of supporting terrorism. Yet the British spoke up.

Not so – and surprisingly enough – the Harper government in Canada. Although a Canadian-Egyptian journalist was clearly treated the worst of all and refused medical treatment for his broken shoulder for over a month, Ottawa saw no reason to overly get engaged let alone chide Egypt for any wrongdoing by targeting independent media. Though Harper himself is known to harbour a grunt for the press and seldom is seen engaging for Canadians getting into a fix abroad, the nonplussed reaction from his spokesperson Villeneuve, continuously refusing to say anything but that “consular services” were provided, were troubling and bore not much hope for incarcerated Mohamed Fahmy to get powerful support from the country where his parents live and whose citizenship he holds.

Nevertheless, and despite the failure on the part of Canada, the harsh criticism of the UN, Australia, the UK and especially the US unsurprisingly did not go down well with the Egyptian government. Badr Abdelatty, spokesperson for Foreign Minister Fahmy, seemed unaware of any prior voicing of concern on the part of foreign ministers regarding attacks on the independent media and declared the criticism “unacceptable”. He rejected “foreign interference or attempts to influence the independence of Egypt’s judiciary” and stressed that “the Egyptian judiciary provides all the legal safeguards for defendants, the most important of which are fair trials.” The abhorrent, torturous conditions under which especially the Canadian-Egyptian journalist Fahmy is held, who is still after a month refused medically needed treatment for a broken shoulder, Abdelatty ignored, rendering his assurance of legal safeguards for defendants invalid.

And while the chilling reports of how international and national journalists were abused by their guards in Tora prison made the rounds in London, Washington, Canberra and Geneva, ringing alarm bells to anyone believing Egypt to be on a promising ‘roadmap’ to democracy, President Mansour only a day later ignored the troubling facts on the ground with the same ease as his Foreign Minister. When a high-ranking delegation of the British parliament came to visit in the palace three days after the terrorism charges against the journalists were out and the MPs voiced concern that Egypt was drifting back into military rule, Mansour, according to his spokesperson Ihab Badawi, vehemently denied this. “The president expressed his surprise at what he hears and reads regarding that matter,” Badawi said.

At least when it comes to being surprised, the president is in the best of company. The countries whose journalists his regime so ruthlessly targets at the moment are audibly more than surprised that the President of Egypt is. Undoubtedly though in Egyptian politics, denial of atrocities committed by the state and to serious concerns voiced from foreign allies on this remains to be the sad name of the game.