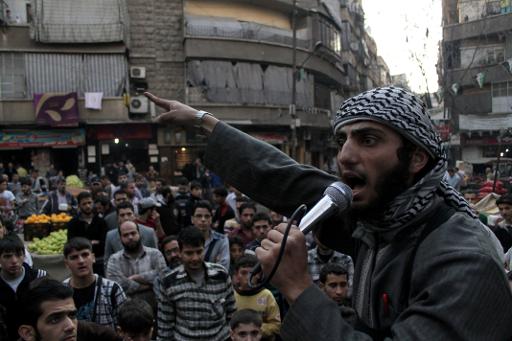 AFP — Al-Qaeda has disavowed the Islamic State of Iraq and the Levant (ISIL), whose members have been locked in deadly clashes with Syrian rebels, according to a statement posted on jihadist websites.

Al-Qaeda chief Ayman al-Zawahiri had already ordered the group in May 2013 to disband and return to Iraq, and announced that another jihadist group, the Al-Nusra Front, was Al-Qaeda’s official branch in war-torn Syria.

The general command of Al-Qaeda rammed home the point in its late Sunday statement.

“Al-Qaeda announces it is not linked to the Islamic State of Iraq and the Levant, as it was not informed of its creation… [and] did not accept it,” the statement said.

ISIL “is not a branch of Al-Qaeda, has no links to it, and the [Al-Qaeda] group is not responsible for its acts,” it added.

Charles Lister, a visiting fellow at the Brookings Doha Centre and an expert on the Syrian conflict, said the statement was unlikely to chasten ISIL.

“Considering its long-established behavioural norms, it seems unlikely that ISIL will issue anything representing an apology or retraction,” he said.

“All of this is damaging to the Syrian revolution,” he added.

“So long as it continues, these inter-group hostilities make any kind of provincial, let alone national, opposition victory in Syria highly unlikely.”

Jihadists were initially welcomed by some rebels in Syria’s conflict, but allegations of brutal abuses against civilians as well as rival opposition fighters has sparked a backlash.

Rebels have accused ISIL of seeking to consolidate power rather than fighting the regime, and even suggested the group was serving the regime’s interests.

Al-Qaeda also criticised ISIL’s mode of operations, saying jihadists should “be part of the nation” and avoid “any action that could lead to the oppression of jihadists, Muslims or non-Muslims.”

Jihadists must “not rush to announce emirates and states… and impose them on people,” said the statement.

In recent weeks, ISIL consolidated its grip on the northern city of Raqa, the only provincial capital to fall out of regime control since the outbreak of Syria’s uprising in March 2011, imposing their strict version of Sharia law on residents.

The long-running tensions between ISIL and other opposition fighters erupted in early January into armed clashes.

In some cases, Al-Nusra Front participated in clashes against ISIL, though it has largely remained out of the fighting and has called for reconciliation.

In an audio message on 22 January, Zawahiri called for an end to clashes between groups fighting to oust Syria’s regime, and the Sunday statement reiterated the point.

“We affirm our disavowal from the sedition that is occurring in Syria between factions of jihadists, and from the blood that was shed by any party,” Sunday’s statement said.

More than 1,400 people have been killed in the rebel-jihadist clashes, which have created openings for regime advances in some areas.