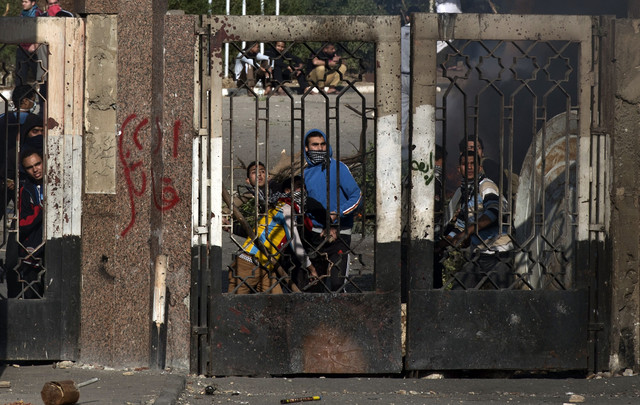 Sixteen Muslim Brotherhood supporters were sentenced to five years in prison with hard labour after violating the controversial Protest Law during a 27 December demonstration in the Cairo neighbourhood of Nasr City.

The defendants were convicted on a number of charges, including rioting, assaulting police officers, resisting arrest, protesting without a permit, using Molotov cocktails and belonging to a terrorist group, according to news website Aswat Misraya.

The sentencing comes a day after 61 Brotherhood supporters and an Al Jazeera cameraman were acquitted of similar charges stemming from a 15 July protest on Ramses Street and October Bridge in Downtown Cairo.

Thousands of supporters of the Muslim Brotherhood and deposed president Mohamed Morsi have been arrested since his 3 July ouster.  Many are still in police custody awaiting a trial and formal charges.

Issued by interim President Adly Mansour on 24 November, the Protest Law necessitates that organisers of any public assembly, be it a political meeting, protest, or march, submit a written notice to the nearest police station with the locations of the planned assembly and the organisers’ contact information.