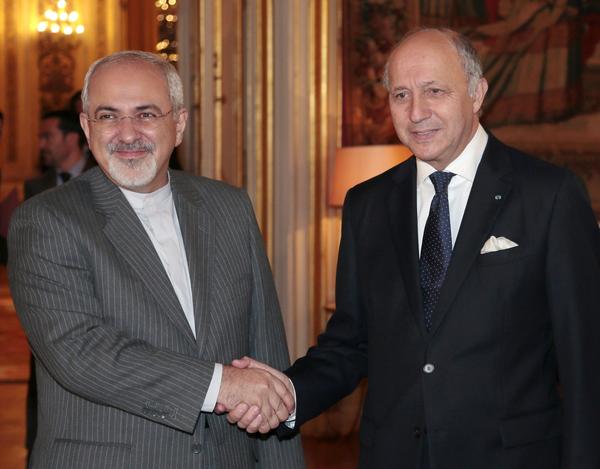 Reuters – Iran welcomed the most senior French trade delegation in years on Monday, telling more than 100 executives that the farsighted among them stood to win the race for business following an easing of some economic sanctions.

The prospect of a relaxation of commercial restrictions has whetted the appetite of French firms eager to win back business in an oil- and gas-producing country of about 80 million people where some previously had extensive operations.

“A new chapter has begun in relations between Iran and Europe,” Mohammad Nahavandian, President Hassan Rouhani’s chief of staff, was quoted as saying by the official IRNA news agency.

“You should carry the message back that potential for cooperation with Iran is real and not to be overlooked,” he told the delegation. “Those with longer foresight stand to win this race.”

The delegation of more than 100 executives from Medef, the French employers’ association, on a Feb 2-5 trip, met Nahavandian and members of Irans Chamber of Commerce, Industries, Mines and Agriculture, IRNA said.

A source close to the delegation told Reuters it was the most senior group of entrepreneurs and financiers to visit Iran since the 1979 revolution, representing the defence, aviation, petrochemicals, automotive, shipping and cosmetics sectors.

“Many of these firms have worked in Iran before and their goal now is to restore links,” the source said. “The very makeup of the delegation shows these people are here to evaluate potential for cooperation.”

A French embassy source in Tehran said the visit was merely exploratory and “nothing is to be signed this time around”.

“The delegation is scouting for potential grounds of cooperation and possibly revive their old presence. Our investors never entirely abandoned Iran. They just cut down their presence and are now looking for a comeback.”

Under November’s interim deal between Iran and six world powers, Iran agreed to stop production of 20% enriched uranium by 20 January.

In return, some sanctions imposed over the nuclear programme – which Western countries suspect is aimed at developing arms despite Iranian denials – were relaxed from that date.

Iran will be able to spend $4.2bn in unfrozen funds over six months, although most sanctions remain pending a long-term agreement.

In the short term, business opportunities are limited, but the potential of Iran’s market is a magnet for foreign firms seeking long-term opportunities.

Former French ambassador to Iran Francois Nicoullaud told Reuters that French firms that operated in Iran before the sanctions wanted to return.

Last month, Reuters reported that Iran and Russia were negotiating a deal worth $1.5bn a month under which Russia would buy up to 500,000 barrels a day of Iranian oil in exchange for Russian equipment and goods.