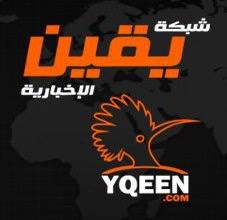 The detained journalists, Abdel Rahman Ragab, Mohamed Salah, Islam Al-Masry, and Mustafa Khaled, were released on EGP 5,000 bail each, while Yehia Khalaf, the founder and manager of the network, was released on EGP 10,000 bail.

The journalists were detained by security forces that broke into the network’s headquarters on Saturday evening, arrested all the staff members present, and confiscated the cameras, laptops and other equipment.

Khalaf said that officers from the interior ministry’s media monitoring bureau arrested him and his team from the headquarters of the network in Downtown Cairo without announcing their identity. He added that they were then taken to Kasr Al-Nile Police Station where prosecution charged them of failing to complete legal procedures for their permit.

“The network is an online portal for sharing news and is registered as a media production company. The law does not organise such networks, but we are willing to complete all our missing papers if there are any,” said Khalaf, who stressed that his independent network does not violate any laws as it does not conduct live broadcasting, only sharing online content on social media, “which is not illegal”.

Khalaf highlighted that neither he nor any of his team were ill-treated or physically abused during their detention. The confiscated equipment was meanwhile held as evidence for the case.