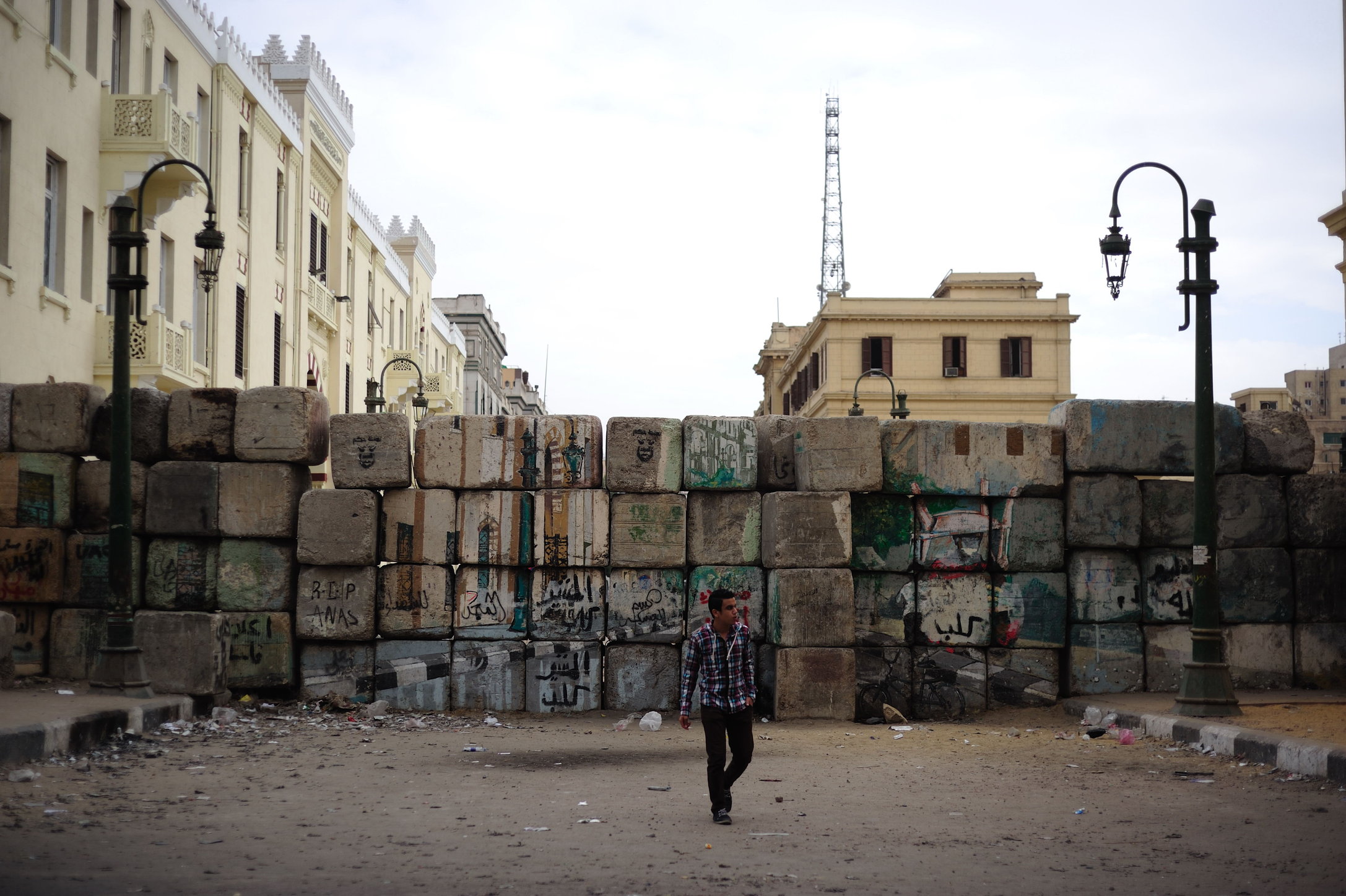 One of the walls is currently blocking traffic on Qasr Al-Eini from Tahrir Square near the Shura Council building, while the other blocks Falaki and Mohamed Mahmoud Street. The walls, set up to block protesters from marching to important government offices, have put stress on already unpredictable and congested traffic downtown.

The security source said that the walls would be replaced by security checkpoints, which would allow traffic to flow through Qasr Al-Eini, a main downtown thoroughfare, into Tahrir Square.

The walls were originally constructed in November 2011 during the first months of the 25 January Revolution, when most of downtown was a battleground between protesters and security forces.

The walls succeeded in severely restricting access to important government institutions such as the Ministry of Interior and the cabinet, but caused headaches to citizens who worked or lived in the area, which also is home to a number of banks and other institutions.

Protesters were quick to paint the walls with faces of the dead and imprisoned, adding messages or drawings to the massive cement blocks.