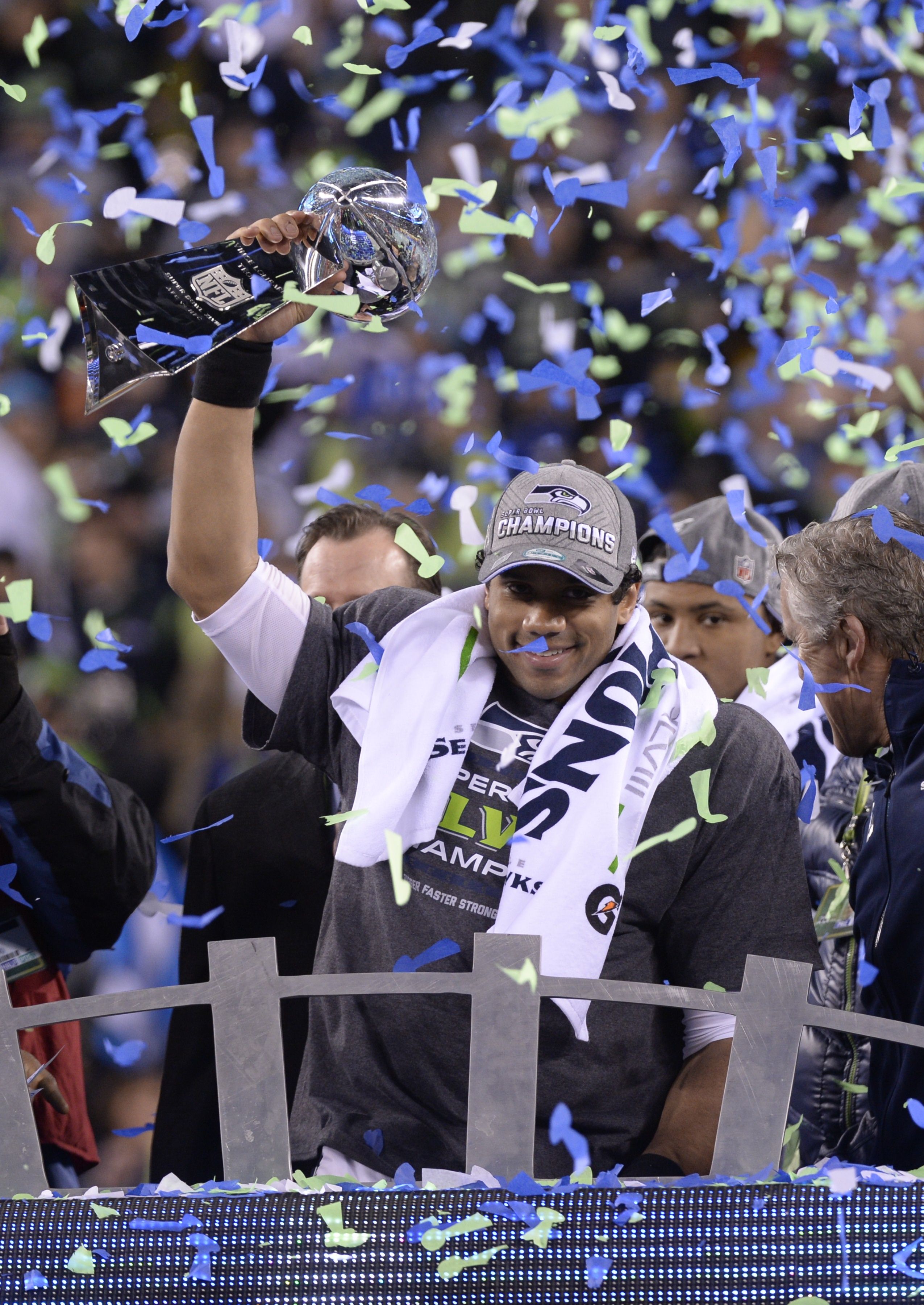 Russell Wilson Sunday became the fourth youngest quarterback to win a Super Bowl ring, crushing one of the league’s all-time greats in a game that was over only shortly after it began in East Rutherford, New Jersey.

However, it was not only Wilson that led his team to victory. The Seattle Seahawks’ defence, one of the best in the league, played an integral part in slowing Peyton Manning and his Bronco offence.

The Broncos’ offensive woes started out shortly after the coin toss; the first snap from scrimmage sent the ball over Manning’s head into their own end zone, leading a wild scramble that ended up resulting in a safety for the Denver side.

The first two Seahawks possessions lead to two field goals, but as the clock wound down on the first quarter Manning threw his first interception of the day, a lofted pass over the middle which led to the Seahawks first touchdown of the night at 12:02 in the second quarter, scored by Marshawn Lynch.

The Broncos’ second costly turnover of the night occurred near the end of the second quarter, when a tipped pass from Manning landed in the hands of Malcolm Smith, who made the short jog into the end zone, giving the Seahawks a shocking 22-0 lead going into the half.

However, the Seahawks proved relentless after halftime as well. Percy Harvin, untouched, returned the opening kickoff of the second half 87 yards to make the lead 29-0. The camera showed a dejected Manning, sitting on the sidelines watching the replay.

Manning continually struggled to get the Broncos’ offence started throughout the third quarter. Another turnover, this time a Demaryius Thomas fumble after a 20-yard completion over the middle, stalled yet another drive.

The Seahawks answered with yet another touchdown, this time a 23-yard reception from Jermaine Kearse, one of the prettiest of the night. Kearse made a phenomenal catch between two Broncos players at the 17 yard line and proceeded to break two more tackles, putting the final nail in the Broncos’ Super Bowl coffin with three minutes left in the third quarter and 36 points on the board.

The Broncos put their first points on the board as the last seconds expired in the third quarter, a 14 yard pass to Demaryius Thomas. Wes Welker scored on the two point conversion, although it appeared even Manning knew it was not enough to pull the Broncos back into the game, down 36-8.

Doug Baldwin scored the Seahawks’ final points of the night after a 10-yard pass from the stunning Russell Wilson, making it 43-8. Celebrations on the Seahawks sidelines started shortly thereafter, as the already dim hopes of a Broncos’ comeback were mercilessly dashed.

As the clock expired and the game ended, the mandatory Gatorade shower given to Seahawks’ coach Pete Carroll, and the teams took the field for the traditional handshake. Manning walked through the crowd searching for his counterpart, Russell Wilson, and after a handshake disappeared from the field.

As predicted, the powerhouse Seahawks’ defence won the game for their side. Although the stats from both teams were almost exactly even, four turnovers, the one glaring difference between the teams, led to an insurmountable deficit and gave the legendary Manning no opportunity to claim his second Super Bowl victory.

Malcolm Smith, the Seahawks’ linebacker, was awarded the prestigious Most Valuable Player award after the game. He returned one interception for a touchdown, recovered a fumble, and made nine tackles on the night.