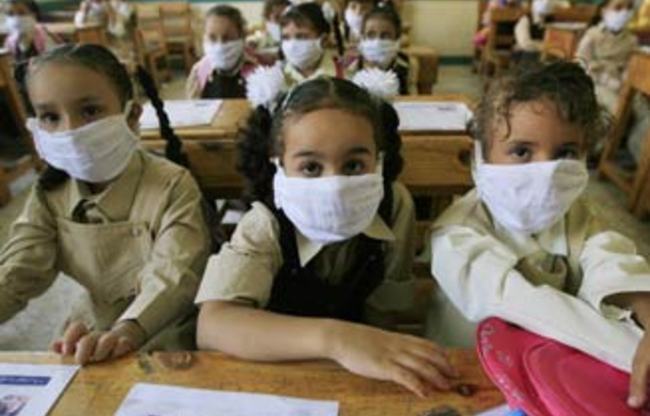 Twenty-four people have died of the swine flu in Egypt since December, according to the Ministry of Health.

In a Tuesday statement, Ministry of Health spokesman Dr Ahmed Kamel said there have been 195 cases of swine flu—medically known as H1N1—reported since early December.

In the same statement, Minister of Health Dr Maha Al-Rabat said that she has ordered that every hospital in the country carry the vaccine for the swine flu.  Al-Rabat added that two doctors have contracted the virus, but none of the patients who had died contracted it from the doctors.

Contrary to the Ministry of Health, Dr Khaled Samir, treasurer for the Doctor’s Syndicate, said that nine doctors have fallen ill and that there had been four deaths and two others in critical condition, but it is impossible to identify H1N1 as the cause of the widespread illness.

“We are not sure that this is the swine flu, but it is for sure a viral infection that causes, as a secondary infection, pneumonia,” said Samir.

“The cause is not important.  The most important thing… is small precautions,” said Samir, adding that 99% of all infections can be avoided by wearing medical masks and vigilant hand-washing.

A 2009 outbreak of H1N1 in Egypt left scores dead and thousands sick.  In an ineffective attempt to curb the spread of the flu, the government slaughtered 300,000 pigs, even though studies have shown that the disease is only spread from human to human.

Aside from frequent hand-washing, the spread of the flu can be prevented by getting a flu shot, keeping your home and workplace well-ventilated, getting adequate amounts of sleep, eating healthy food, and keeping distance from those who are ill.