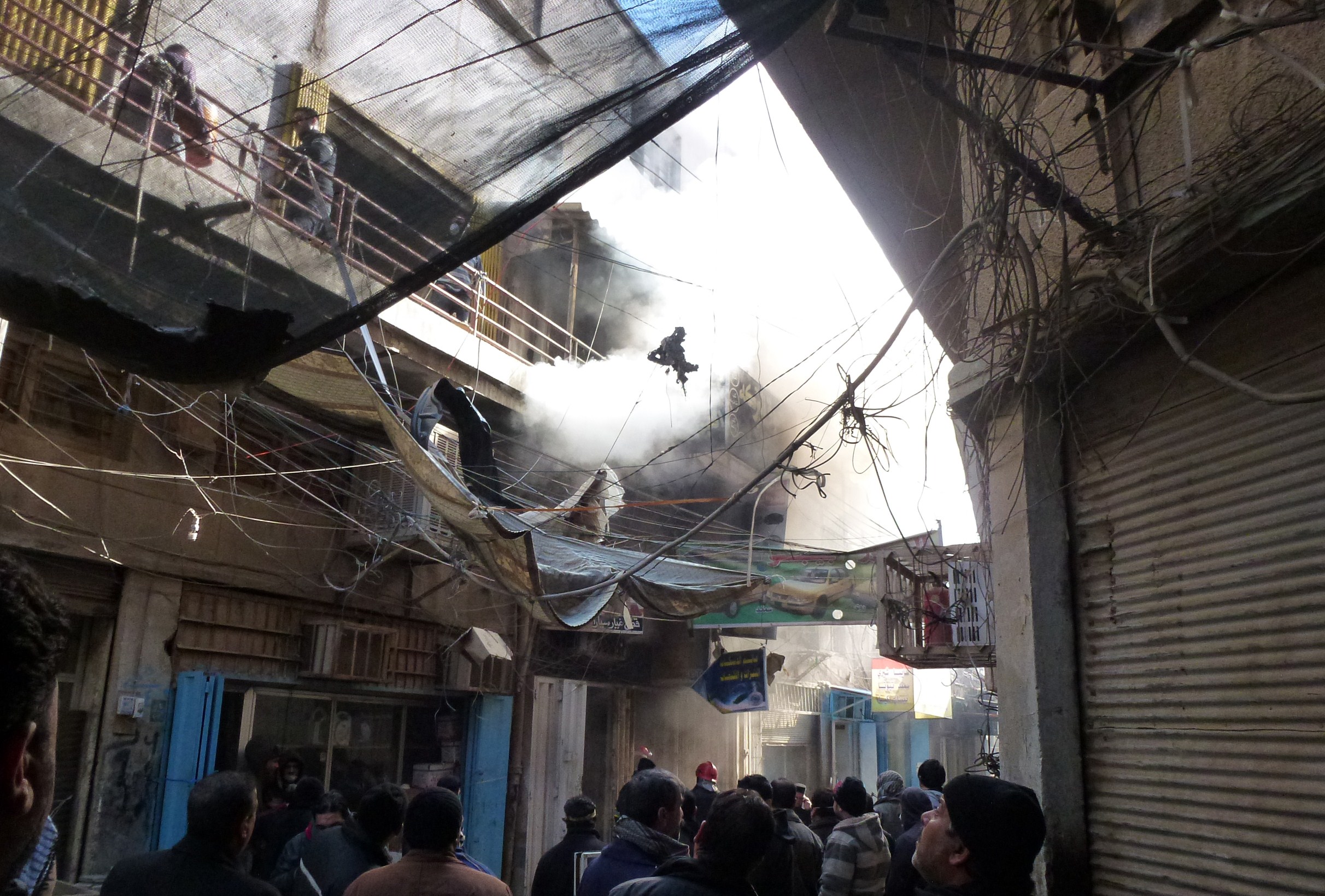 AFP – Three explosions in Baghdad, including one opposite the foreign ministry, killed 24 people on Wednesday, the latest in the country’s worst surge of violence in nearly six years.

The attacks, which wounded dozens more, come as security forces battle militants in the western Anbar province, including the Islamic State of Iraq and the Levant (ISIL), a powerful jihadist group that has exploited the chaos in neighbouring Syria.

With violence at its highest level since 2008, diplomats have urged the Shi’a-led government to reach out to Sunnis in order to undercut support for militancy, but Prime Minister Nuri Al-Maliki has taken a hard line ahead of April’s parliamentary elections.

Wednesday’s bombings, including a suicide attack, ripped through confessionally-mixed areas of the Iraqi capital during morning rush-hour, killing at least 24 people and leaving 30 others wounded, security officials and a medical source said.

Among the attacks was a blast just opposite the foreign ministry on the edge of the heavily-fortified Green Zone, home to parliament and the US embassy.

Two security officials said the blast was caused by a car bomb, but witnesses at the scene said a suicide bomber had carried out the attack.

A suicide bomber also hit a restaurant, while a vehicle rigged with explosives was detonated in a market for car spare parts.

The toll could have been higher still, but security forces managed to defuse a roadside bomb near the oil ministry in central Baghdad.

Blood and pieces of flesh littered the scene at the restaurant attack. Soldiers said one of their comrades had wrapped his arms around the bomber in a bid to save others.

The area surrounding the foreign ministry in central Baghdad has been hit by explosions in the past, notably in August 2009 when a massive truck bomb devastated the building, and again ahead of an Arab summit in the Iraqi capital in 2012.

More than 1,000 people were killed in January of this year, according to government data, as security forces have struggled to curb bombings while also battling jihadists and other militants who have seized territory in Anbar province.

No group immediately claimed responsibility for the latest attacks, but Sunni militant groups including ISIL have in the past taken credit for coordinated bombing campaigns in Baghdad.

ISIL has also been involved in fighting security forces in Anbar, a mostly Sunni desert region bordering Syria where militants have for weeks held parts of Ramadi and all of Fallujah, which lies on Baghdad’s doorstep.

Along with ISIL, other militant groups and anti-government tribes have fought forces loyal to the central government.

Security forces and pro-government tribal fighters have made slow progress in Ramadi after days of heavy clashes, and late Tuesday had retaken several neighbourhoods that had been militant strongholds, according to officers and an AFP journalist.

Families will be allowed to return to their homes within days, a general leading the operation said, after security forces check the areas for booby-traps and bombs.

In Fallujah, however, security forces have largely stayed out of the city in recent weeks fearing major incursions could ignite a drawn-out campaign with high civilian casualties and heavy damage to property.

The city was a bastion of the Sunni insurgency following the 2003 US-led invasion, and American troops there fought some of the costliest battles since the Vietnam War.

Ahmed Abu Risha, a prominent tribal leader in the Sunni Awakening movement, which allied with US troops against Al-Qaeda and now supports the government, said an attack on the city was imminent and urged anti-government fighters to lay down their arms.

Witnesses and a journalist in Fallujah said several different neighbourhoods were targeted by shelling late on Tuesday.

The stand-off in Anbar has prompted more than 140,000 people to flee their homes, the UN refugee agency said, describing it as the worst displacement in Iraq since the peak of the sectarian fighting.