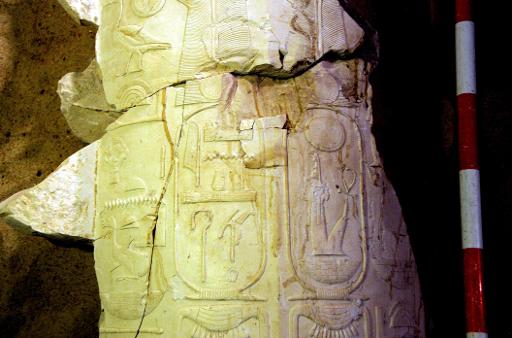 Scholars had long debated whether Akhenaten, who tried to revolutionise ancient Egyptian religion, had shared power with his ailing father Amenhotep III.

The evidence came from the tomb of a pharaonic minister in the southern city of Luxor, inscribed with the cartouches of both pharaohs.

It was traditional for a minister’s tomb to be adorned with the cartouche of the ruler.

The inscriptions found in the minister’s tomb by an Egyptian-Spanish team dated back to a religious celebration marking Amenhotep III’s 30th year in power, roughly eight years before his death and Akhenaten’s ascension around 1,300 BC.

It is “definitive evidence of the co-regency between Amenhotep III and Amenhotep IV,” said antiquities minister Mohamed Ibrahim in a statement, referring to Akhenaten by his early title.

Akhenaten, who tried to impose monotheism with the worship of Aten, the sun disc, later fathered the famed boy king Tutankhamun.

The number of statues indicates the high social rank of the woman when she died. Her mummy was well preserved.