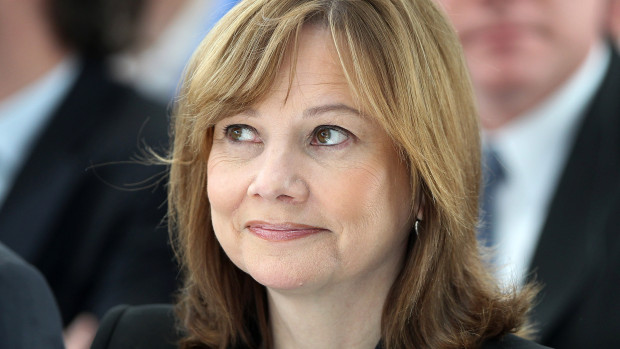 AFP – The new head of General Motors, Mary Barra, has driven straight to the top of Fortune’s first list of the most powerful women in global business.

Barra, a career veteran at GM, became chief executive of the largest US automaker in mid-January, the first high-profile female CEO in the male-dominated auto industry.

Barra “is not the type of boss who ever thought she’d be featured in Fortune, let alone sit atop the magazine’s Most Powerful Women in global business ranking,” Fortune said late Thursday.

Barra has shown “low-ego finesse and the courage to shake things up,” it said.

As GM boss, Barra, 52, leads a company of more than 212,000 employees working in 396 facilities in six continents. The company, which went through a government-led bankruptcy reorganization in 2009, emerged from partial government ownership in late 2013.

“By pushing into new territories and inspiring women in their home countries, these globetrotters are, quite literally, taking on the world,” it said.

She was followed by Indra Nooyi, 58, at PepsiCo in third place.

She was followed by Phebe Novakovic at defense and aerospace company General Dynamics, Safra Catz at software firm Oracle, and Marissa Mayer, the 38-year-old head of Yahoo.

In the 15th spot was Alison Cooper, the British CEO of Imperial Tobacco and the first European on the list.