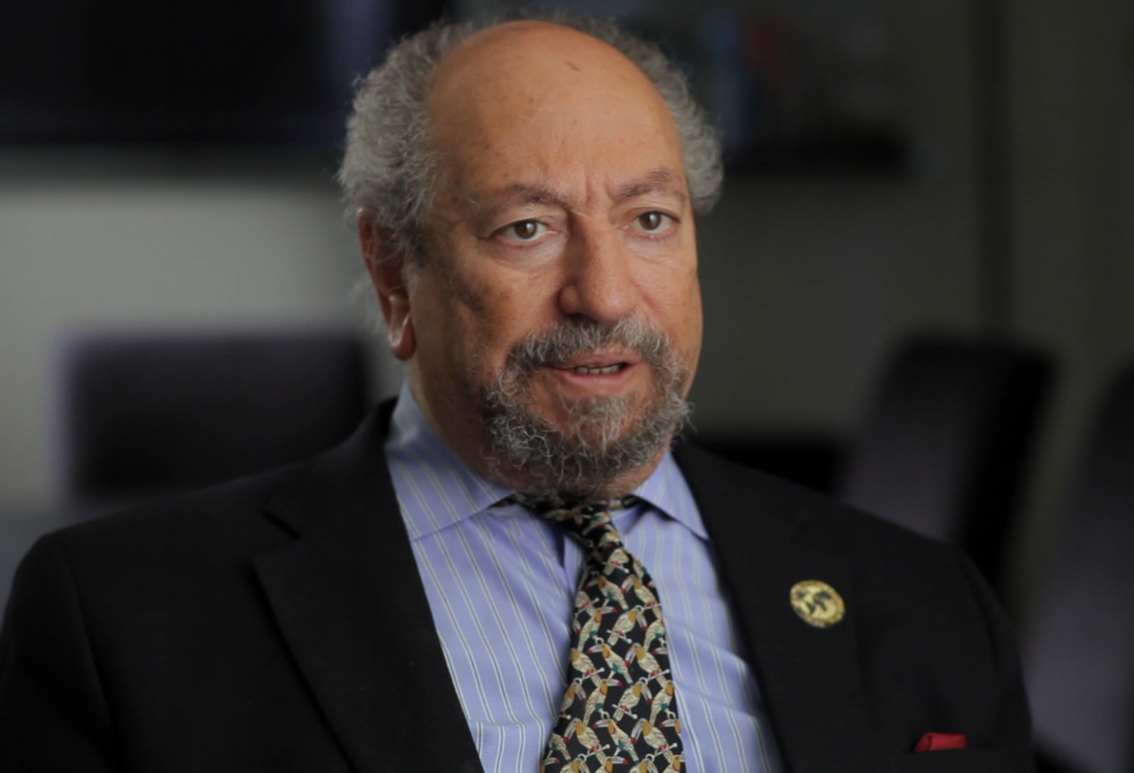 Has the deep state returned?

Sociologist Saad Eddin Ibrahim begins his column by discussing the origin of the term “deep state”.  He explains that the term is traced back to Turkish sociologists who realised that despite the change in Turkish authority since the 1920s, some bureaucratic practices had remained intact.

The main pillars of the deep state are its security apparatus such as the army, police, intelligence services and civil bureaucracy. “The loyalty of these apparatus is mainly to its staff regardless of what they claim,” Ibrahim says, adding that even if the junior staff is honest, once they are promoted to middle management, their loyalties and interests change, and they gradually become power-hungry and ready to control the masses. “Any citizen outside of their circles is a suspect, and therefore has to be monitored and a security file has to be created in one of the security apparatus mentioned before,” he writes.

Ibrahim explains that the reason he is writing about the deep state is the resurgence of random arrests and travel bans, as well as freezing citizens’ bank account for mere suspicion. He adds that despite condemning the Muslim Brotherhood’s actions, the state’s practices are unjustified. “The answer to criminal acts should not be illegal actions that breach human rights.”

He also points to the case of Egyptian business man Mostafa Ammar, whose assets have been frozen for being suspected for “sympathising with the Muslim Brotherhood” even though he was never a member of the Brotherhood. He also mentions the case of Professor Emmad Eddin Shahine, who used to teach political science at the American University in Cairo.

“I have known Emmad Eddin Shahine for about 40 years. He was one of the first classes I taught at the American University in Cairo in the academic year of 1975/1976.” He also knew him during his time at Harvard when he acted as a visiting professor. They also both returned to Egypt after 25 January Revolution. “Due to his academic specialization as a political scientist, he had to document and analyse the Brotherhood’s journey in public life like other Islamist and leftist political movements.”

He points out that hounding someone like Shahine has hurt Egypt’s reputation abroad. “Academic freedom is one of the basic freedoms decreed by all human rights documents signed by Egypt.” In addition to international media’s interest in the case, the case has awakened doubts concerning the return of the deep state and its oppressive practices.

Ibrahim concludes his column by saluting all of those currently fighting for their freedom, saying that the battle continues.

Columnist Gamal Taha begins his column by explaining that as the presidential elections approach, civilian candidates’ chances have weakened greatly because people are leaning towards a nationalistic candidate with a military background. He adds that a couple of candidates like Shafiq and Mowafy have already denied running for presidency, but Samy Anan continues with his plans. “Despite his weak chances, this nomination expresses an international agenda targeting Egypt’s national security and unity,” Taha writes.

Taha explains that the Youth Coalition of Arab Tribes were the first to support Anan’s candidacy. “The coalition was founded in 2011 with direct support from Khairat Al-Shater,” he writes. In 2013, the head of the coalition, Dr Maher Kamel and its coordinator Handy Koweila requested to be part of the interim government. Taha claims that Koweila threatened to form a shadow government to support Morsi in case they were not given half the positions in the new government.  Later, the coalition was officially publicised. “It is claimed that it includes 350,000 members of Arab tribes, Bedouins and Hawara tribe, and that it represents 30 million tribes in Qena, Sohag, Assiut, Luxor, Matruh and Sinai,” Taha writes.

In October 2013, Koweila became the secretary general of the coalition and head of its political office for three years. The coalition also issued a statement claiming that Anan belonged to one of the Arab tribes and that he was the grandson of Omar ibn Al-Khattab. They demanded that he be appointed president through a bay’ah, an old Islamic practice that started with the Prophet Muhammed. The statement also commended his service to the tribes during his time in the armed forces.

In November, the coalition issued another statement expressing its intention to transform into a political party. Taha adds that the coalition’s main political stands match that of the Brotherhood. “They described 30 June as a coup, doubted the legitimacy of the interim government and demanded civil disobedience until Morsi returned.” He also explains that they have ties with other tribes in Libya, Sudan and Yemen.

The second group that supports Anan is International Union for Al-Azhar and Sufi Youths. The group issued a statement concerning some fights with the Brotherhood for “control over Al-Azhar”. The group claimed to conduct a survey that included four million respondents over Al-Sisi’s candidacy and that 40% were against it. The union issued a statement in which its members announced they are against Al-Sisi’s candidacy and that they blame him for the exclusions of Sufis from the Constituent Assembly.

Taha explains that the slogan for Anan’s campaign “Anan is the solution” matches that of the Brotherhood’s “Islam is the solution”.  He concludes the article by stating that there was a complaint issued against Anan with the prosecutor general concerning funding from terrorist organisations and financial corruption.