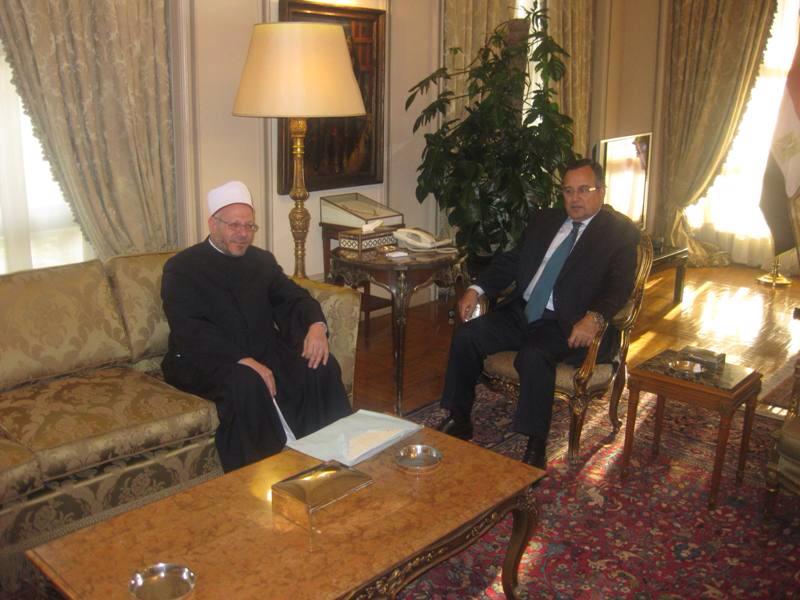 Described as “preliminary talks” by Minister of Foreign Affairs spokesman Badr Abdelatty, neither Allam nor Fahmy described in specific the situation in foreign countries, but rather broader strategies on spreading moderate Islam and combating extremism.

“The foreign minister and the Mufti discussed different initiatives to spread moderate Islam, and they signed an understanding to provide young sheikhs travelling abroad to training in language, protocol, and fatwas,” said Abdelatty.

“They discussed how to fight extremism abroad.”

In December, Fahmy addressed the assembly of the Organisation of Islamic Cooperation’s 40th assembly, reiterating that Egypt, “as a leading state” would continue “to defend the interests of the Islamic World” and work towards “maintaining peaceful relations among nations, respect for human rights, tolerance away from intolerance and hate speech, respect for international law and the sovereignty of nations, the fight against terrorism and promoting cooperation”.

Fahmy called for the UN to consider organising an international conference on the issue of Islamophobia. He also reiterated the assistance offered by Egypt’s Al-Azhar “to clarify the true image of Islam and to correct misconceptions” adding that “Al-Azhar will continue opening its doors to Muslim children around the world.”