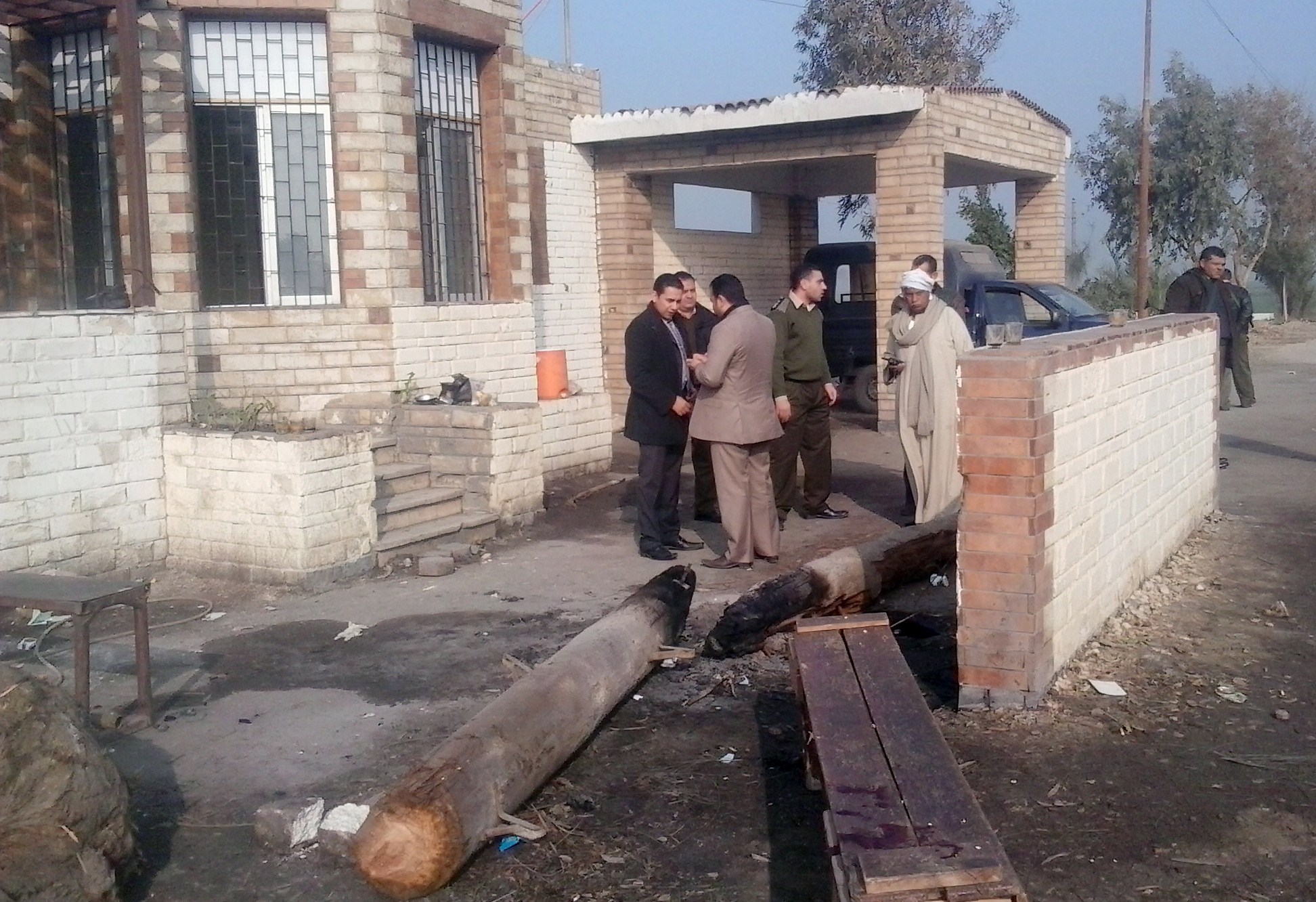 Five suspects in the deadly attack on policemen in the governorate of Beni Suef have been arrested, found in the possession of firearms.

The Ministry of Interior revealed in a statement on Sunday a list of 12 suspects who are believed to be members of a military wing formed in Beni Suef upon orders from the Muslim Brotherhood.

Authorities are in pursuit of the rest of the suspects, all 12 of whom live inside Beni Suef, which lies more than 100 kilometres south of Cairo.

Acting Muslim Brotherhood spokeswoman Wafaa Al-Banna said the Anti-Coup Alliance and the revolutionary groups have issued a strong warning against the spilling of Egyptian blood, whether it involves the killing of protesters, policemen or military men.

An armed attack on a police checkpoint in Beni Suef left five policemen dead and two injured and hospitalised, early morning on 23 January. The interior ministry said the attack was carried out by “masked men on two motorcycles”, who fired heavily on the checkpoint. The assailants also used a white car during the attack.

Hours after the attack, Prime Minister Hazem El-Beblawi’s cabinet condemned the attack and described it as “terrorism”.

Security personnel and facilities have been under increasing attacks in recent months.