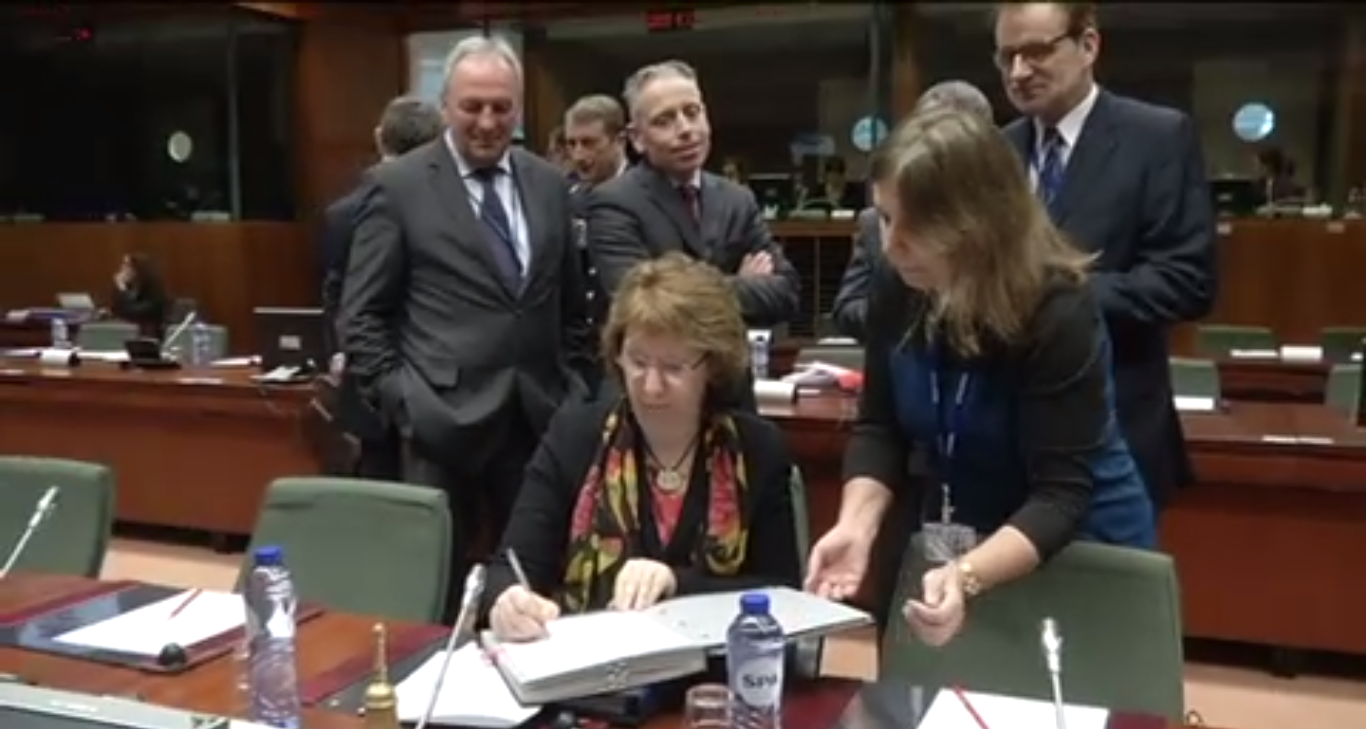 Foreign ministers representing countries from the European Union bloc gathered in Brussels on Monday to discuss a range of foreign policy issues, including the situation in Egypt, in light of the constitutional referendum held in January.

Despite not being on the official agenda for the meeting, British Foreign Secretary William Hague said last week the EU ministers will also address the issue of press freedom during the discussion on Egypt. Hague, along with his German and Dutch counterparts, expressed concern over press freedom in reference to the indictment of a group of Al Jazeera journalists including two Britons and a Dutch national.

The agenda for the discussion on Egypt addressed the referendum. At the time of the referendum EU High Representative for Foreign Affairs and Security Policy Catherine Ashton said the EU was pleased the referendum was proceeding and reiterated support for the transitional roadmap.

Swedish Foreign Minister Carl Bildt said: “What we have seen is a deterioration of the situation in Egypt during the past few months.” He raised concerns regarding the “deterioration in terms of human rights, deterioration in terms of the political space… and the rise of terrorism and violence.” He was also concerned over the “banning of the Muslim Brotherhood” and the arrests of political activists. Bildt added: “All of this goes hand in hand and is not a good thing.”

Upon her arrival at the meeting, Ashton, who chairs the council, said the ministers will be “thinking about the next steps in our relationship with Egypt”.

The European Parliament discussed the situation in Egypt last week, addressing the referendum and press freedoms during their debate. Spokesman for the Ministry of Foreign Affairs Badr Abdelatty criticised the content of the parliament’s resolution that was published on Thursday. He stressed that it was not appropriate for any foreign or domestic entity to comment on a judicial process in Egypt, referring to comments made by some members of the parliament during the session.

Minister of Foreign Affairs Nabil Fahmy conducted a three stop tour of Europe last week, travelling to Rome, Berlin and The Hague. In the Netherlands Fahmy stressed that Egypt welcomes foreign journalists as long as they carry out their work within the law. German Foreign Minister Frank-Walter Steinmeier told Fahmy that Germany has identified “developments that cause us concern” in regards to the freedom of the press in Egypt.

Following the ouster of Mohamed Morsi in July 2013 and the ensuing security crackdown on his supporters, the Foreign Affairs Council decided in August to suspend all export licences for equipment that could be use for internal repression.

The EU has expressed support for the transitional roadmap but has also consistently condemned the escalation in violence, whether it is bombings targeting security forces or clashes between demonstrators and law enforcement. The EU has also expressed its desire to maintain and strengthen ties with Egypt.