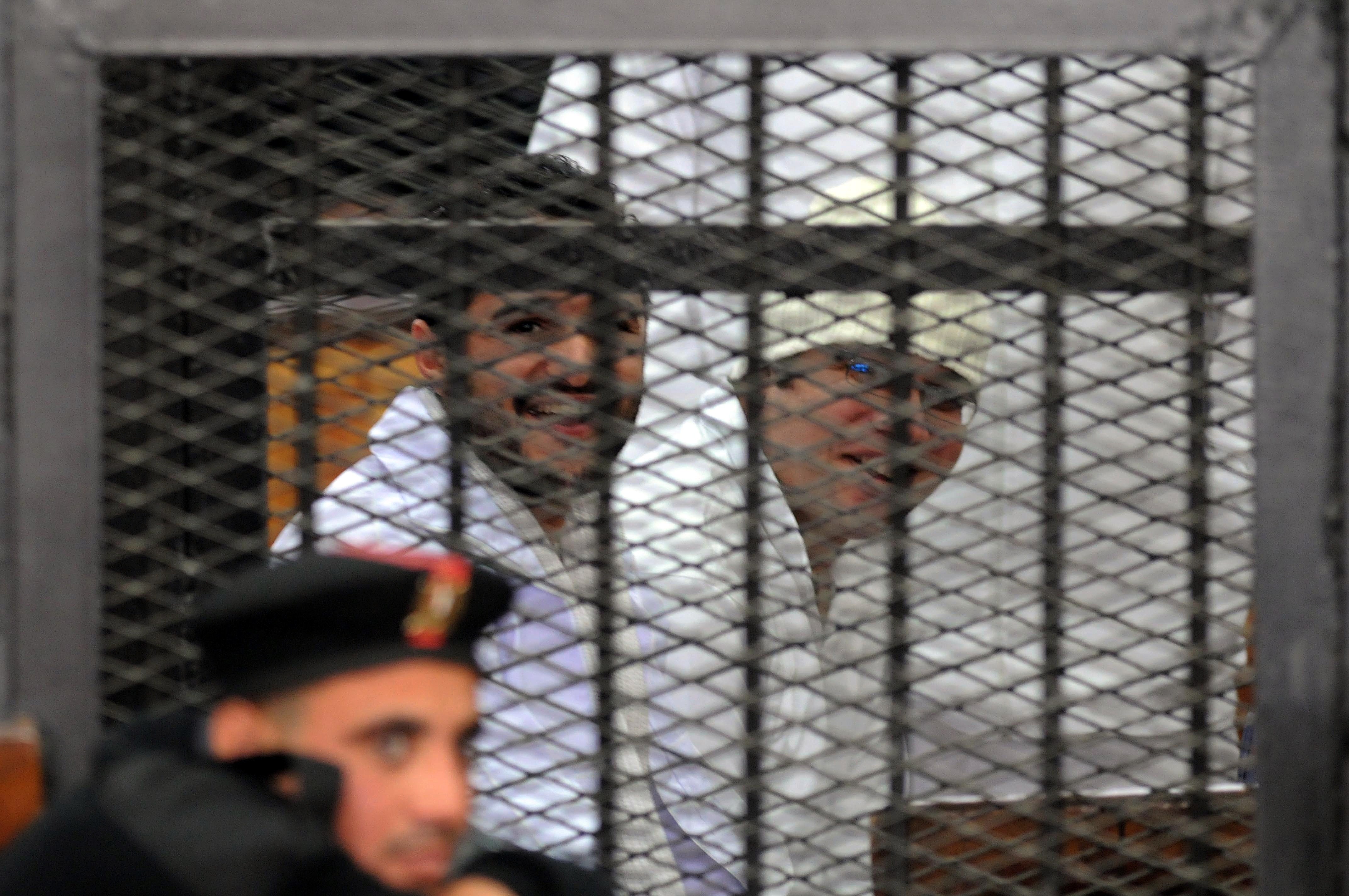 The Abdeen Misdemeanour Court decided Monday to adjourn the appeal of three prominent secular activists until 10 March. The court was held in the Non-commissioned Police Officers Institute in Tora for security purposes.

Ahmed Maher, founder of the 6 April Youth Movement, along with renowned activists Ahmed Douma and Mohamed Adel, was sentenced in December to three years in prison with hard labour and fined EGP 50,000 for violating the Protest Law, rioting and “thuggery”, using violence against Abdeen Courthouse security personnel and possession of melee weapons.

The verdict was criticised by 14 Egyptian civil society groups, the United States Department of State and the High Representative of the European Union for Foreign Affairs, Catherine Ashton.

The first hearing for the defendants’ appeal was held on 8 January and has been delayed several times since then.

Maher turned himself in to authorities on 30 November after learning of an arrest warrant out for him and Alaa Abdel Fattah for organising the No Military Trials for Civilians protest in front of the Shura Council on 26 November.

The 6 April founder was assaulted by some of his critics outside the main gate of the courthouse, triggering clashes between security forces and protesters who came in solidarity with Maher.

Maher was then acquitted of the charge of organising the protest in front of the Shura Council and was then charged by the prosecution for the riot that took place in front of Abdeen Court. Maher was accompanied that day by fellow activists Douma and Adel.

Douma was arrested on 3 December 2013 at his home in Dar Al-Salam and was taken to the Basateen Police Station.

Adel was then arrested on 19 December after Homeland Security broke into the downtown headquarters of the Egyptian Center for Economic and Social Rights.