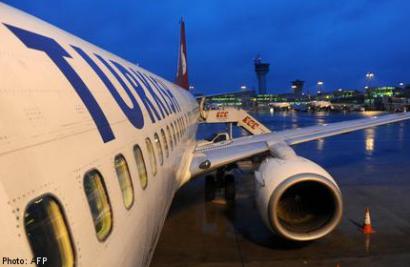 Reuters – A €22bn ($30bn) project to build a third airport in Istanbul will be delayed for at least 10 months after a Turkish court sought further investigation into its environmental impact, a group challenging the project said.

A consortium of Turkish construction firms made the winning bid last May to build and operate the airport, which Turkey hopes will become one of the world’s largest by passenger numbers and is championed by Prime Minister Tayyip Erdogan. Ankara aims for it to be operational by 2018.

The state airports authority responded to the court ruling by saying the project was continuing as planned.

But the head of Turkey’s Chamber of Environmental Engineers (CMO) said the Istanbul court had halted implementation of a positive environmental impact report, obligatory to obtaining the green light for such projects.

“The court halted the implementation of the report pending further expert reports, which will mean it being suspended for a minimum period of 10 months to a year,” CMO Chairman Baran Bozoglu told Reuters late on Monday.

“The decision will not halt the work and operations. The processes connected with the project are continuing as planned,” it said in a statement.

The CMO is a professional body that regularly challenges projects it says may pose a risk to the environment.

It has opened at least two other court cases seeking the cancellation of the airport tender, which was held on 3 May, before the issue of the environmental report on 21 May.

Company officials for the consortium which won the tender said they had not been informed of the decision. Court officials were not available to comment.

The consortium of the Cengiz, Kolin, Limak, Mapa and Kalyon companies bid €22.15bn for the build-operate-transfer project, which includes a 25-year lease, outbidding rivals including TAV Holding and Germany’s Fraport .

The winning consortium is regarded as close to Erdogan’s government, which was shaken by a corruption inquiry that became public two months ago.

Officials close to the matter said the decision was not expected to have a financial impact on the winning consortium as the project had not reached the construction stage.

The project is running behind schedule because of difficulties regarding ownership of the planned construction site. The site was due to be handed over in January, but had already been delayed until July at the earliest.