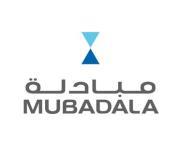 Reuters – Abu Dhabi’s state fund Mubadala is assessing whether to issue a new bond when a $1.25bn issue matures in May, the fund said on Tuesday.

“As with any debt maturity within the Mubadala group, we are currently assessing options for the May 2014 $1.25bn bond maturity,” a spokesperson said in an e-mailed reply to Reuters questions.

Mubadala, rated AA by Fitch and Standard & Poor’s, is an investment vehicle fully owned by the Abu Dhabi government