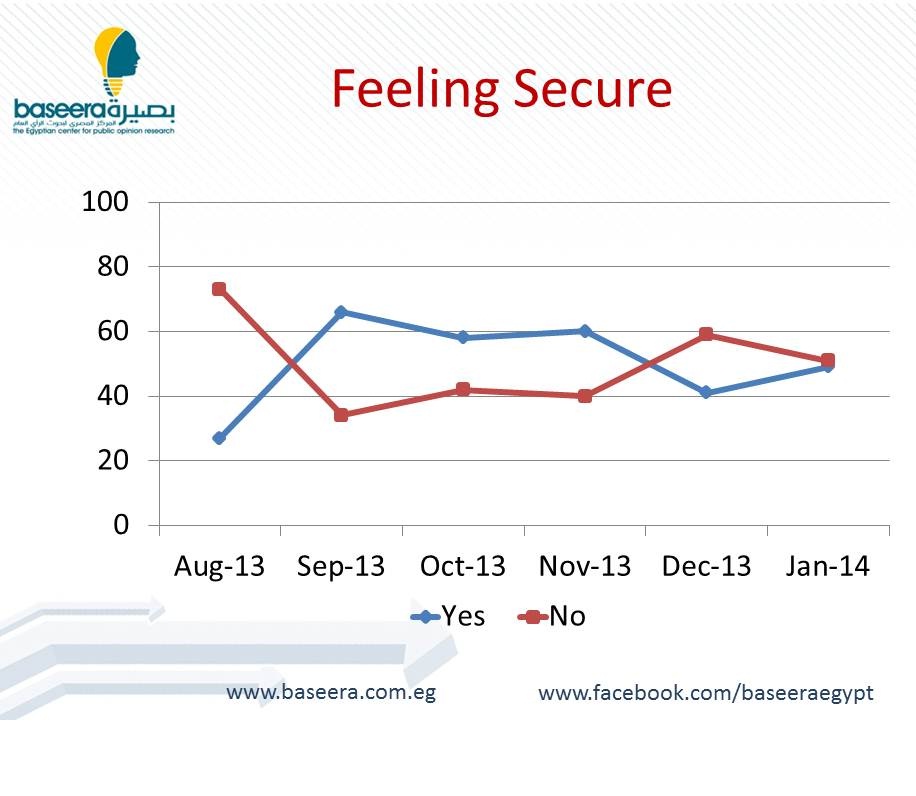 The Egyptian Center for Public Opinion Research Baseera has conducted a poll about Egyptians’ rating of cabinet performance and the Prime Minister Hazem El-Beblawi’s performance, and the extent to which they feel secure.

These results reflect an improvement in cabinet performance compared to the November 2013 results, which revealed that 20% of Egyptians were satisfied with the performance, 27% rated it as “average”, 19% rated it as “bad”, and 34% were undecided.

The percentage of those who are satisfied with El-Beblawi’s performance rises from 20% among youth aged 18-29 to 25% among Egyptians aged 50 or above.

When respondents were asked whether they felt secure these days, 49% said they do, compared to 41% in late December, 58% in late October and 27% in late August.

The percentage of respondents who feel secure decreases from 53% in rural areas to 44% in urban areas, and from 56% among males to 43% among females. The results also indicated that youth aged 18-29 feel less safe than adults aged 50 or above (41% to 61%, respectively).

The poll was conducted using landline and mobile telephones on a sample size of 2,034 aged 18 or older, nationwide. All interviews were conducted during the period 28 to 30 January 2014. The response rate was approximately 62%, while the margin of error of results is less than 3%.