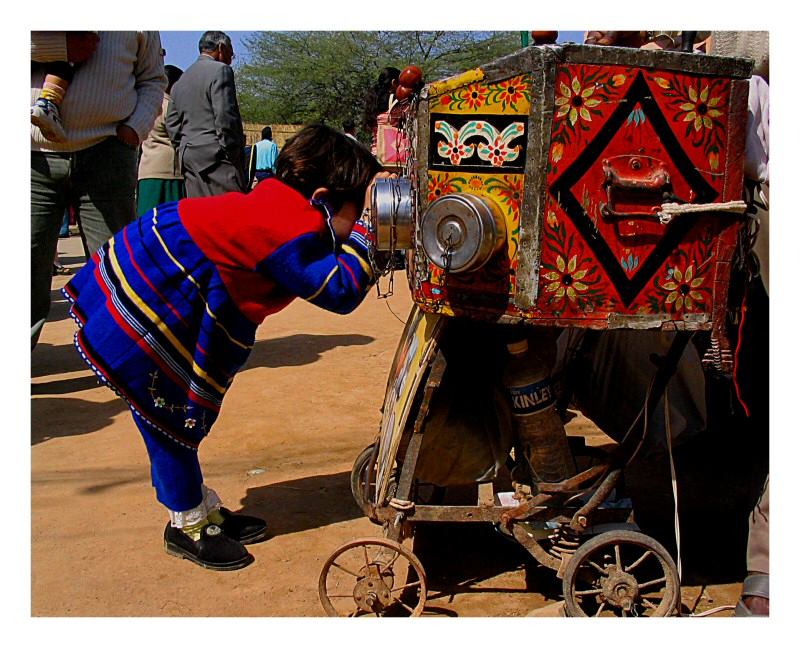 Ideas like A Driver’s Story in the Wonderbox don’t come by very often. The Wonderbox revives an old tradition in a creative modern way and pays homage to a time many think of as better. Readers will remember the place executing it, Mahatat, as the art space that launched Face to Face in Damietta last year. Mahatat aims to provide public access to art through projects that focus on community and contemporary art.

The Wonderbox is based on an old device known in Egypt as Sandoo’ Eddonia, or Box of the World, and is considered a precursor to cinema. The wooden box would have an opening for the audience to see images and would be accompanied by a narrator.

Reem Khedr, communications manager for Mahatat, said: “The narrators would usually be people with charisma and exceptional public speaking skills because they needed to draw the audience in at a time where there were either no cinemas or where it was too expensive for some to attend. Sometimes it would be accompanied by music with appropriate pauses synchronised with the drama.”

The person behind the idea is Aida El-Kashef, who said the idea came to her with the decline in cinemas and theatres: “There was a time where cinemas and theatres were everywhere, but today, theatre is an art form that is dependent on state support and has lost most of its glamour as a result.”

“The Wonderbox merges cinema and theatre because its three most important elements are the image, the narrative and the street. Both cinema and theatre are collaborative art forms, whether in production or audience interaction, and this is why television has not achieved the same kind of success because it is an individual activity,” she added.

What Mahatat aims to do is revive this tradition, which is dependent on public space and community, in Egypt. Having some experience with public performances, like hosting contemporary dance performances on the Cairo Metro, Mahatat will bring their device to public streets and squares with 16 performances sometime later this year.

“We have nine artists involved; two storytellers, two visual artists, three architects and two musicians. Because the old box used to focus on the popular hero like Antara Ibn Shadad or Abu Zeid El Helaly, we thought a modern-day hero for the Egyptian people could be the character of a driver,” said Khedr.

The Wonderbox will start its performances in Cairo but Mahatat plans on expanding it to other governorates around Egypt. Khedr said Mahatat is working on a manual to build the Wonderbox so that other places can adopt it and build it from scratch as well, to help the device spread.

Though public performances are neither common nor usually tolerated in Egypt without express permission from the state, Khedr said Mahatat is not worried: “We will try to put on performances that are not intrusive but more importantly, If the people like you, they will often protect you from any harassment.”

And in a community-based tradition like this one, there would be no greater success.