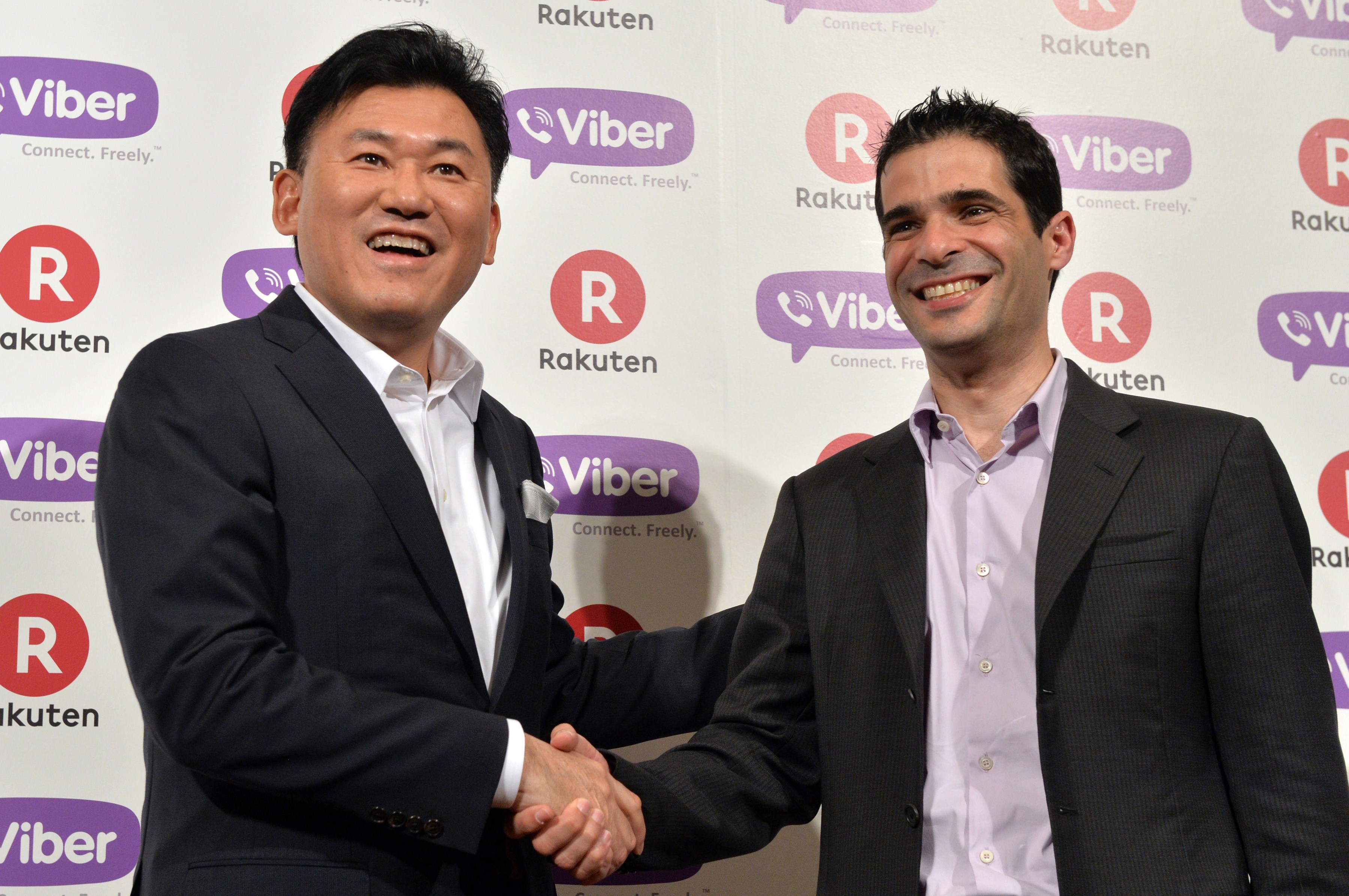 Reuters – Japanese e-commerce giant Rakuten Inc, controlled by billionaire Hiroshi Mikitani, will buy call and messaging app provider Viber Media Inc for $900m in a deal that would more than double the number of users in its digital empire.

Rakuten offers services from financing to shopping to online video on its e-commerce platform, the largest in Japan. But in the face of a shrinking population and weak consumer spending at home, Mikitani is trying to re-invent Rakuten as a one-stop-site for a global audience.

“This acquisition… will take Rakuten to a different level,” said Mikitani, who is also the company’s chief executive. The all-cash deal was announced after Rakuten reported an 80% jump in its 2013 operating profit.

“Developing this messaging system on our own would have been impossible,” he added, saying Rakuten users could, for example, use Viber’s instant messages to contact an online store while considering a purchase.

Viber is one of the top five most downloaded smartphone phone call and messaging apps, and counts the United States, Russia and Australia among its biggest markets.

Its chief executive Marco told the same media conference Rakuten’s acquisition would help his company become a platform for digital content, not just a provider of free voice calls and messages.

A plethora of messaging apps, including the likes of Viber, are seeking to capitalise on the appeal of their free services, especially in emerging markets.

Viber is funded from the pockets of its founders and several private investors from the United States. It competes with instant messaging apps such as WeChat, a unit of Chinese Internet firm Tencent Holdings Ltd, US rival WhatsApp, and Line, owned by Korean company Naver Corp .

Viber recently launched an instant messaging app for personal computers that allows users to make outgoing mobile calls to other Viber users and non-registered mobiles, making it a rival to Skype.

The acquisition by Rakuten is expected to be completed by the end of March, both companies said.

Rakuten’s e-commerce platform, Rakuten Ichiba, is the sixth largest in the world by sales.

The company puts a premium on its ability to communicate with customers. Last year, Mikitani told Reuters this personal touch will give Rakuten the edge over rivals like eBay Inc and Amazon.com Inc in Europe, where recession-hit retailers are struggling to tempt clients to spend.

Rakuten has spent big in recent years on a variety of overseas purchases to broaden its businesses and reach under what Mikitani calls its “Rakuten Ecosystem” strategy.

The company has acquired e-commerce providers from Brazil to Germany, as well as Toronto-based eReader business Kobo and online video providers Wuaki.tv of Spain and Viki of Singapore. In 2012, it made a large investment in website Pinterest.

Strong profit growth has contributed to its spending firepower.