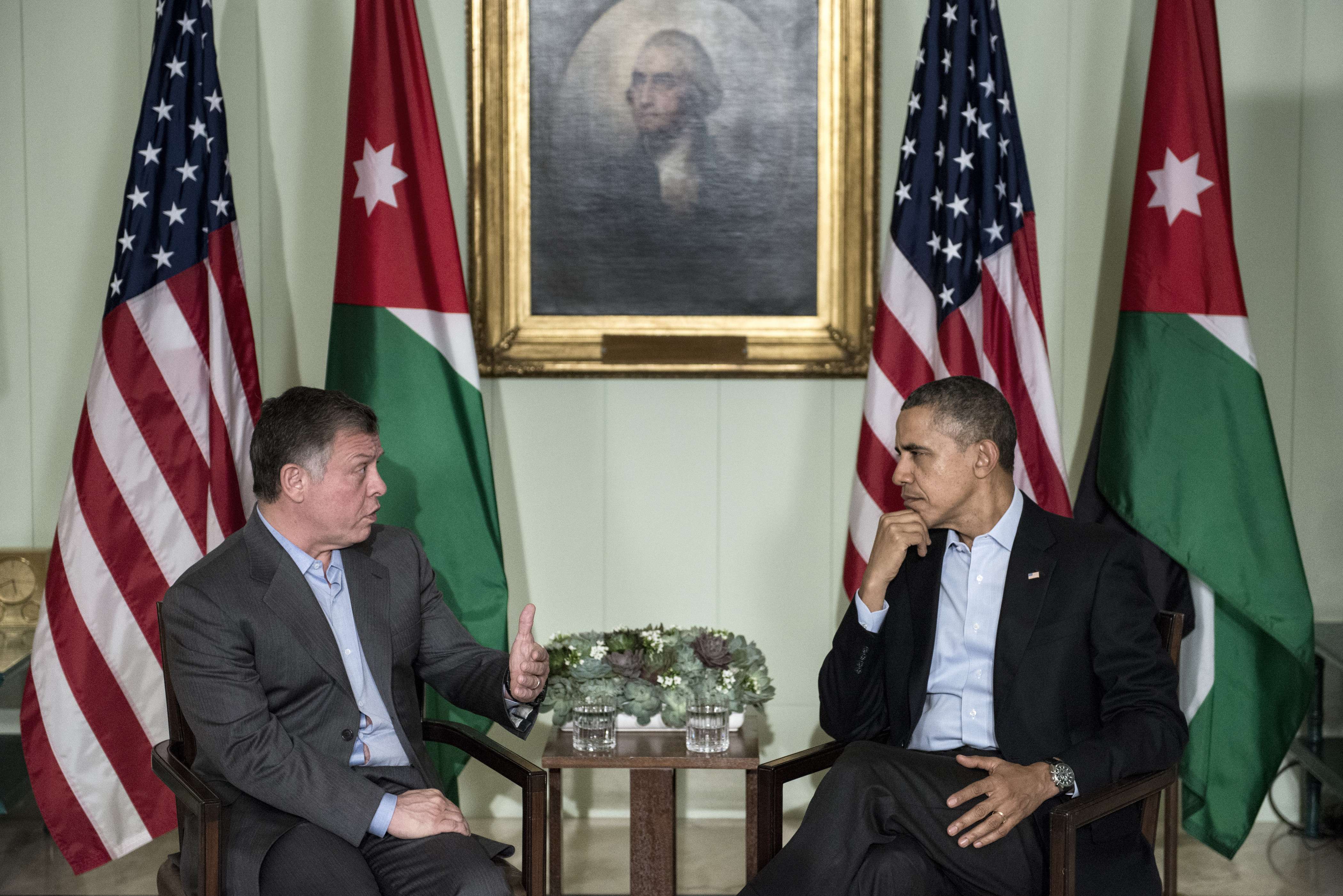 Obama’s remarks came as he hosted Jordan’s King Abdullah II at the Sunnylands retreat in Palm Springs, in southern California, to discuss issues that include the flood of Syrian refugees pouring into Jordan.

Obama said that both leaders “recognise that we can’t just treat the symptoms” of the crisis, “we’re also going to have to solve the underlying problem – a regime led by Bashar Al-Assad that has shown very little regard for the well-being of his people.

“We are going to need a political transition in that region,” Obama said.

“We don’t expect to solve this any time in the short term so there are going to be some immediate steps that we have to take to help the humanitarian situation there,” he said.

“There will be some intermediate steps that we can take to apply more pressure to the Assad regime, and we’re going to be continuing to work with all the parties concerned to try to move forward on a diplomatic solution,” Obama said, without specifying what those steps may be.

At the meeting Obama pledged $1bn in loan guarantees to Jordan, as well as a renewal of a five-year memorandum of understanding.

The current five-year package, currently worth $660m a year, expires in September.

The funds are aimed in part at helping Washington’s Middle East ally cope with the flood of Syrian refugees and its loss of natural gas from Egypt, White House officials said.

King Abdullah said that the Syrian crisis and the rise of extremism are his country’s primary concerns.

He also thanked the United States for its “very generous support”, and emphasised that Jordan is an “oasis of stability” in the region.

Jordan has borne the brunt of much of the humanitarian overflow — nearly 600,000 Syrian refugees have now crossed its borders, straining its infrastructure and finances.

Obama has all but admitted that his policy of sparking a political transition in Syria that would lead to Assad’s exit is failing.

But he also frequently notes that the United States is the largest aid donor to Syrian refugees. Washington has so far donated $1.7bn to the cause, according to the US Agency for International Development.

A senior administration official said that the $1bn guarantee will make it easier for Jordan to access capital markets and borrow money.

“Our backing of principle and interest in the loan improves Jordan’s access to international capital markets,” said the official, speaking on condition of anonymity.

“It’s a signal to the markets of the strong confidence of the United States in Jordan, of our partnership, and of our intention to be there as a partner for Jordan in the long term.”

The meeting with the king of Jordan is the first of a trio of meetings between Obama and key Middle East leaders in the coming weeks.