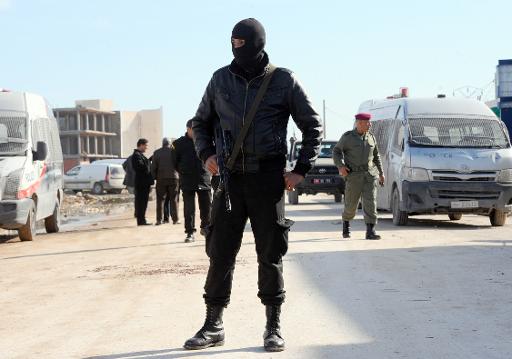 AFP – Gunmen who set up a roadblock in western Tunisia shot dead two people in a car they stopped and two policemen who later sped to the scene, the interior ministry said Sunday.

The killings occurred during the night in the Jendouba area, the ministry said in a statement.

The statement said a National Guard patrol was sent to investigate reports that a civilian and a prison warden had been shot dead by an armed group at a roadblock set up by armed men in Jendouba.

“On their arrival at the scene, four terrorists opened fire,” killing two policemen and wounding another two, it said.

Security operations were under way to track down the armed group, the ministry said, without giving details.