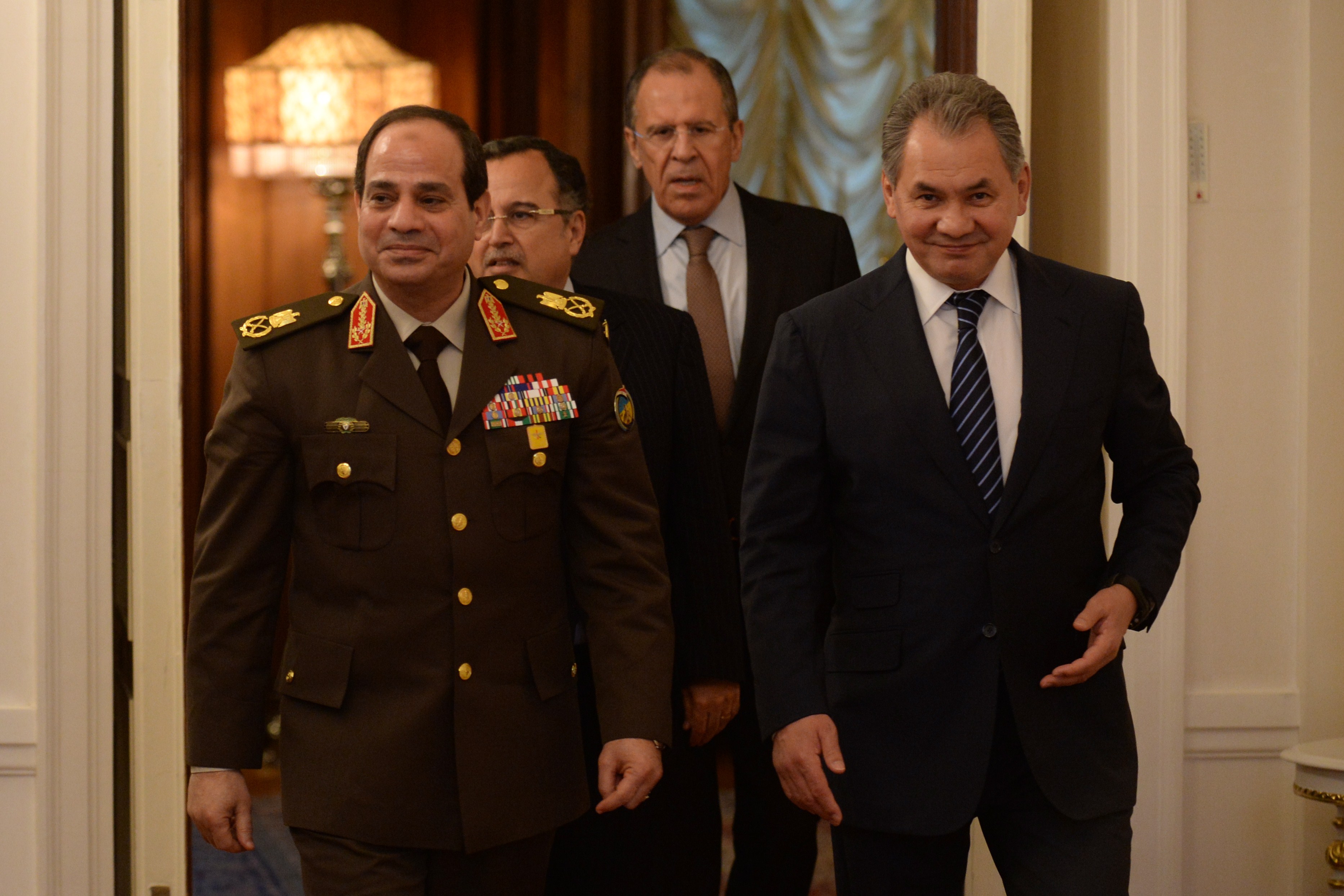 Another round of talks will be held between Russia and Egypt in the Russian capital next month, Russian Ambassador to Cairo Serge Kirpichenko announced on Sunday.

The two sides agreed to hold talks on 28 March after high level discussions between Egyptian defence and foreign ministers and their Russian counterparts were held on 12 and 13 February.  On the Russian side the ministerial talks next month will be headed by Russia’s Agriculture Minister Nikolai Fyodorov and Egyptian Minister of Foreign Trade and Industry Mounir Fakhry Abdel Nour.

Kirpichenko said a large portion of the talks centred on fighting terrorism, which he described as an important topic with plenty of room for cooperation. In a crackdown on the Muslim Brotherhood, the Egyptian government has designated the group a terrorist organisation on 25 December.

“We will look into new ways with Egypt to fight this dangerous phenomenon,” he said.

Egypt’s Foreign Ministry spokesperson Badr Abdelatty told state-run television on Saturday that the results of this visit include various forms of cooperation, namely economic, which will begin next month.

Kirpichenko commented on the statement made by the United States Department of State, which criticised Russian support of Defence Minister Abdel Fattah Al-Sisi’s potential presidential bid. State Department Deputy Spokeswoman Marie Harf said: “We don’t endorse a candidate and I do not think it is, quite frankly, up to the United States or to Mr Putin to decide who should govern Egypt.”

The Russian Ambassador said: “We share the same opinion, not Putin or anyone else will interfere with this.” The Egyptian ministers were received by Russian President Vladimir Putin who endorsed Al-Sisi for president, although the latter has not yet announced that he is entering the presidential race.

Putin said he knew that Al-Sisi had decided to run for Egypt’s presidency, describing Al-Sisi’s decision as “very responsible”, adding:  “I wish you luck both from myself personally and from the Russian people.”

Recent meetings constitute the second round of high level talks between the four ministers, who had met in Cairo in November soon after the US decided to suspend military aid to Egypt. It is suspected that there were negotiations on an arms deal to replace the suspended US military aid. Washington decided in October to suspend the delivery of military aid to Egypt pending the election of a civilian government.

In response to a journalist’s inquiry on Al-Sisi’s dark jacket with a red star on the shoulder, which he wore while greeting Putin, Kirpichenko said it was just a symbolic gift, “no more, no less”. Kirpichenko said the jacket was a traditional Abaya and the red star represented Al-Sisi’s involvement in the armed forces.